i saw the greatest showman on thursday night and i’m loathe to want to talk about anything other than the stomp-worthy anthems in that formulaic, fun, flawed family flick.  i’m not even mad that the kesha version of this is me didn’t play over the credits [the main reason i went] because i was so caught up in the whole experience. but new music friday waits for nobody, so here we are. i’ve tentatively playlisted 25 tracks, a few may get cut in the this-isn’t-objectionable-but-i-have-nothing-to-say-about-it pile, and only one not from the official nmf playlist because i was more interested in jt’s alicia keys feature off of man of the woods that came out today. nothing i’m absolutely excited about but that’s ok, i can just go and listen to come alive on repeat instead.

re: last week, i am huge into the anaïs track and highly recommend you give it a spin if you haven’t already. 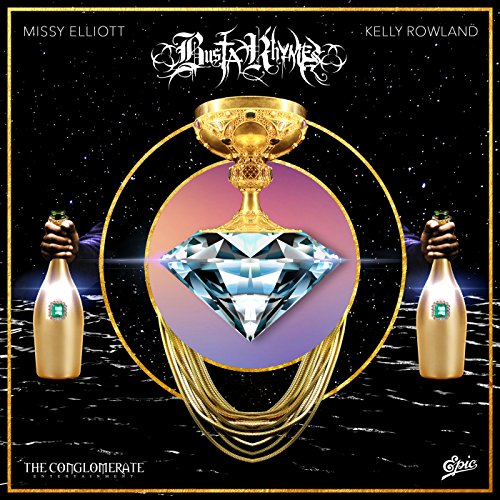 this. goes. off….. eventually, for about fifteen seconds. apart from being the backing to a workout montage my little brain can’t figure out what pile to put this in. on the good will of kelly rowland and the moment at the 2.33 mark, imma say: 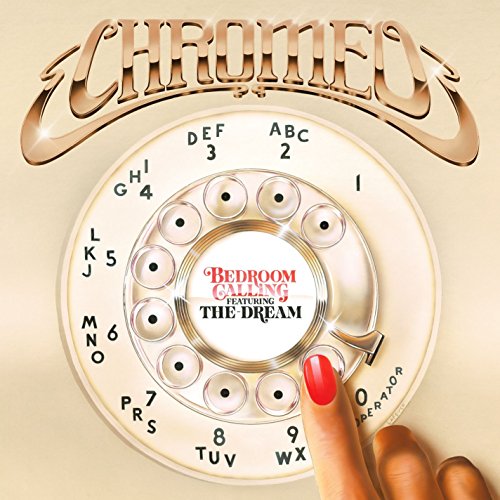 oh the funk. this is about the level of song i expect from nile rogers to accidentally bump into the lower end of the charts and slip into some summery compilation album, a bit dancy with some good vibes but for me, forgettable. 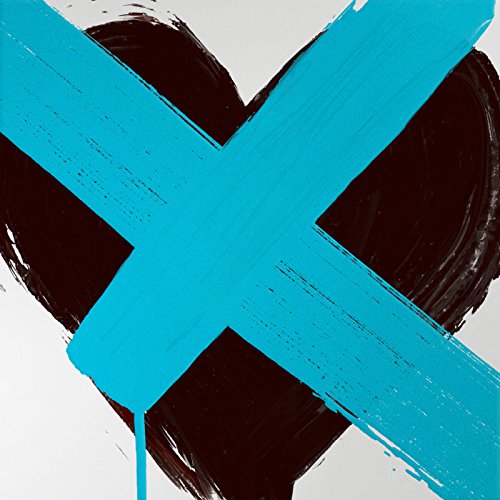 i’ve seen chvrches twice now (festival/nye slots) and my overall opinion of them is good live, but other than that you couldn’t be accused of missing out on something if you never gave them a listen. it’s always the same and, if like me, you’re willing to entertain their familiar sound every once in a while via their big single releases, then get out is for you. a well put together electronic, uplifting, good-with-a-light-show anthem. 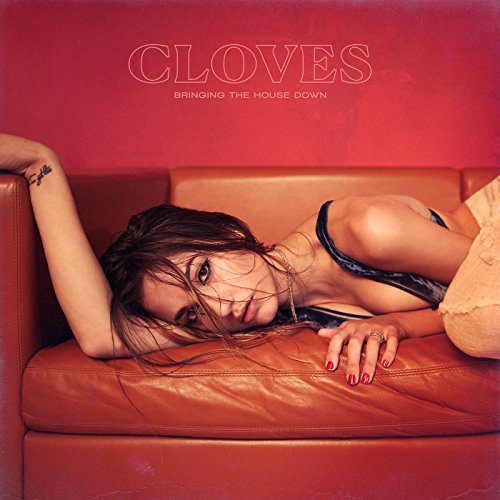 cloves – bringing the house down

i hope one day i’m able to appreciate this genre of finger clicking, paloma-faith-eqsue pop for something other than filler in a strain of music i didn’t have much interest in the first place. the only thing that could save this from the discard pile is a huge bridge that cloves backs down from in favour of a stripped back one. 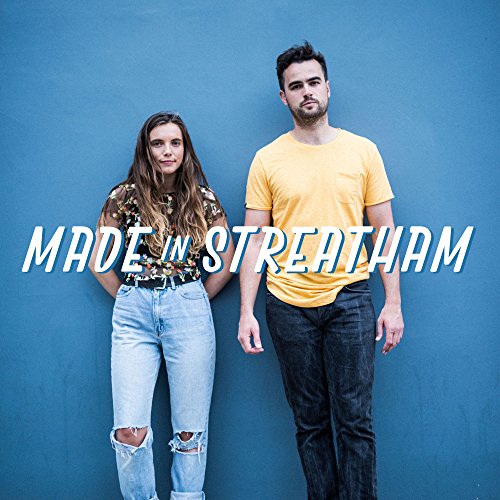 i’m still spinning their track london blues from week one of f5@5to5, and after learning they’ve been playing some recent george ezra support slots i was looking forward to see what they did next. i had hoped they would fill the void that i’ve been left with since the civil wars split and city and colour man + pink did that fantastic joint album back in 2014, but… sometimes is very meh. i’ll wait for their album but i’ll breeze past this. 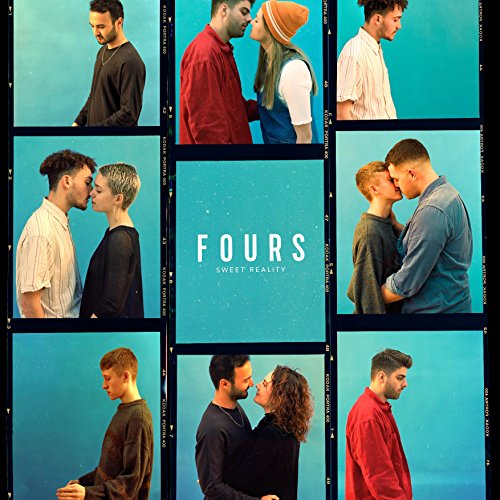 i stuck this on the playlist because something about the artwork really grabbed me when i skimmed through nmf, and it paid off beautifully. i can’t think who the lead singer sounds like, but her tone is divine and it’s getting me over the melancholy vibe running throughout this sweet reality. absolutely gorgeous song. 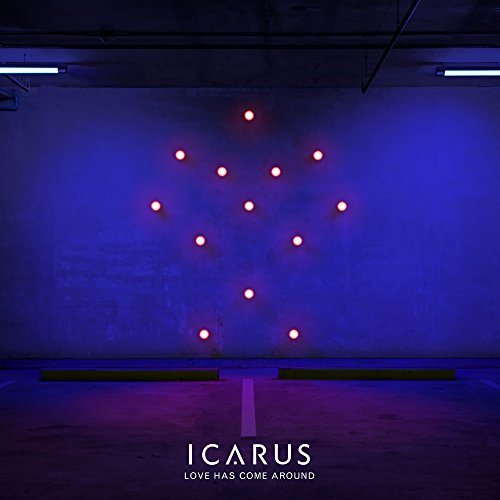 icarus – love has come around

today, as with most days, we need  excellent electronic funk or no electronic funk at all. a small part of my brain is telling me that i’m into this. it’s got the makings of a good song, but i’d feel more comfortable with a snippet of this serving as the bridge to a vocally-led track by someone else. 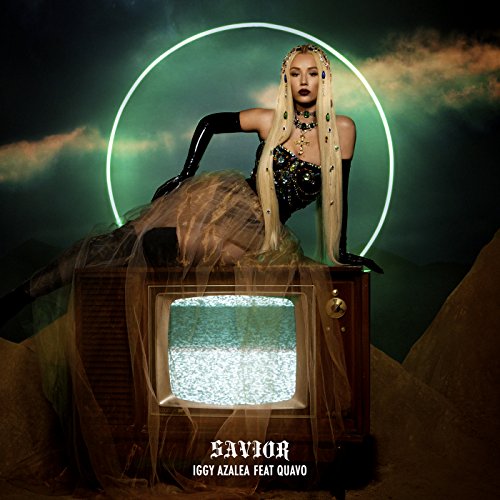 who dat who dat? the black widow is back with my least favourite feature artist of 2017 and a song that is anything but the savior it proclaims to be. even a full blast headphones listen can’t make it go off. 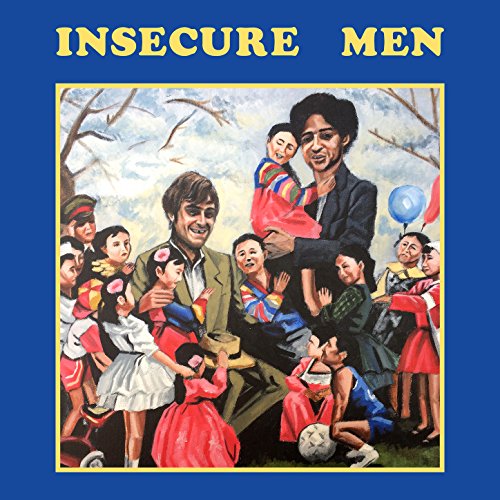 insecure men – i don’t want to dance (with my baby)

i had to know what kind of music a band called ‘insecure men’ were putting out, vis a vis: i don’t want to dance (with my baby). the answer? annoying. 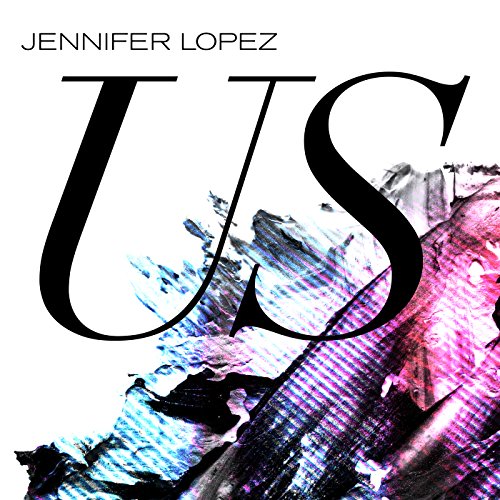 i love j-lo. i had a big thing about her during her stints on american idol and she’s had a lot if tunes that just go off. her brand of pop with a puerto rican flair does something for me that makes me wanna dance, and us is no exception to that rule. it’s no on the floor, and in the bottom of my heart i know i won’t be spinning this again until the next time i have the urge to listen to jenny from the block for a couple of hours, so for that reason: 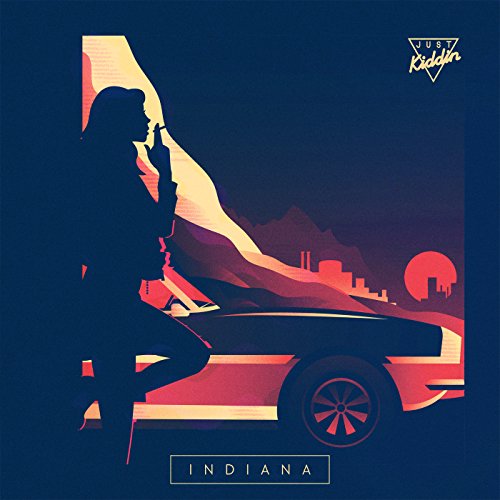 i’ve been waiting forever for new years & years music and low and behold, here just kiddin, whoever they may be, have just sated that void until the next bout from olly & co promised later this year. big vibes. absolutely yes to this. 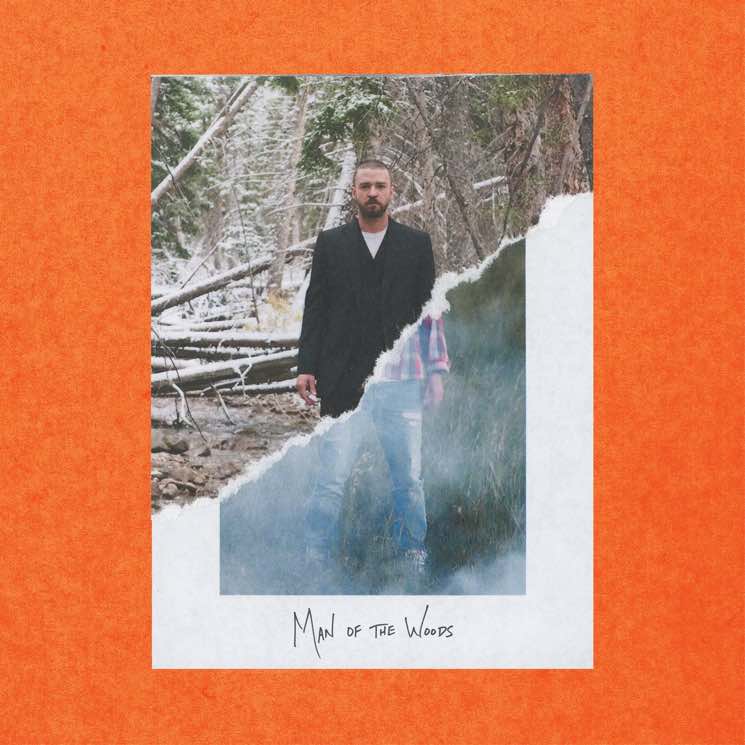 man of the woods dropped today and we’ve all been doing our best not to write off whatever this jt era is all about. i opted towards the other feature track on the album rather than the underwhelming montana that featured on the nmf playlist. i’m not big into keys by any standard, but there’s something about a power-collaboration that’s hard to ignore. morning light is a sweet, clicky attempt at a jason mraz track that i don’t hate and have a feeling i will be singing around the house way too often. 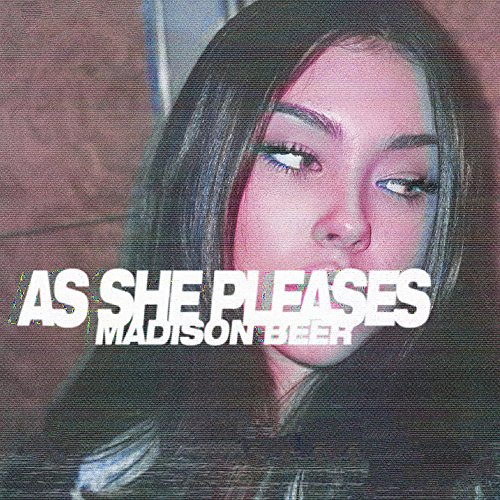 i don’t know who they are, but i know there is some basement somewhere with a group of people writing the same alright-but-really-nothing-at-all tracks over and over to pawn off on whatever obligatory label signings have been made this year. nothing against beer, but this is so much nothing i couldn’t stick around until the end. 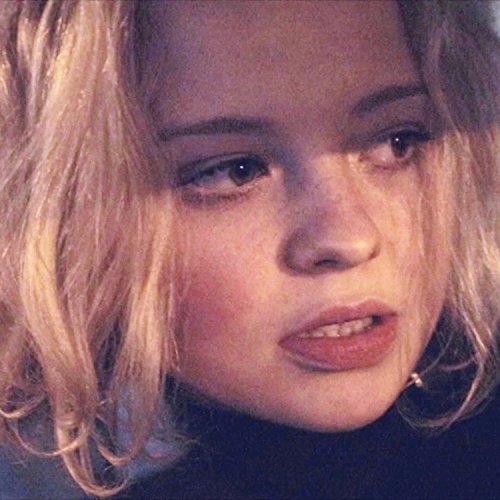 my initial thought was just to just say ‘read above review,’ but i have to have to make a note of choice that was 1.16 mark where turner has her little poetry-robot-speak moment. it was so awful and polarising that i’m kinda fascinated by its inclusion and help me but i think i loved it. repeat repeat repeat. 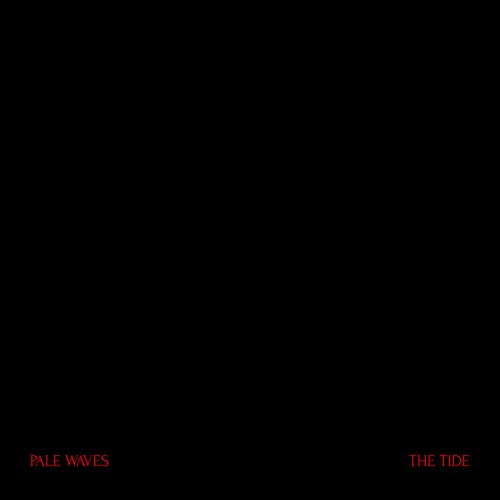 i’ve got a couple of pale waves in my songs-i-missed-in-2017 playlist that i’ve been meaning to revisit. the tide is a nice, dancy, electronic crossover in sound between chvrches and the 1975 that i definitely can get on board with, but have quite a low tolerance for. won’t listen to the album but would like to see live. 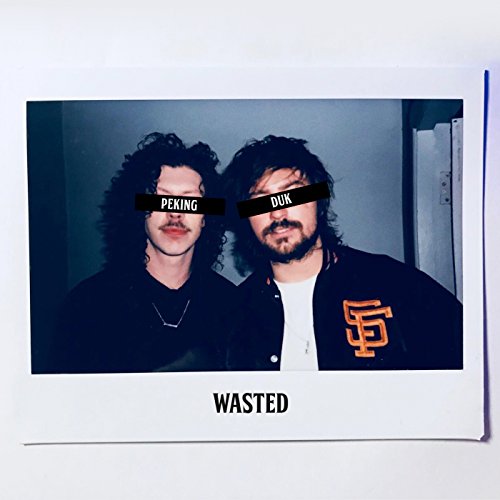 this song isn’t the isn’t all my friends by snakehips i was hoping for. the lyrics are as woeful as expected and the song is actually not bad, but i stopped paying attention after 30 seconds. 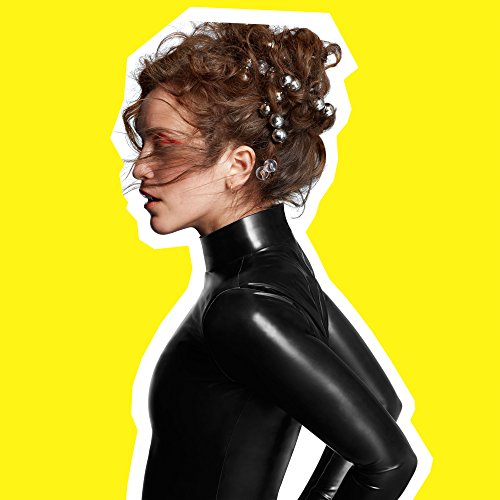 rae morris – someone out there

i generally don’t really like piano ballads because my natural musical state is a mix of happy, happy and happy, but rae morris is one of those i-don’t-get-her-popularity-but-won’t-write-her-off so here i am listening. a song lacking in moments and not pretty sounding enough that i wanted to pay attention to the lyrics. 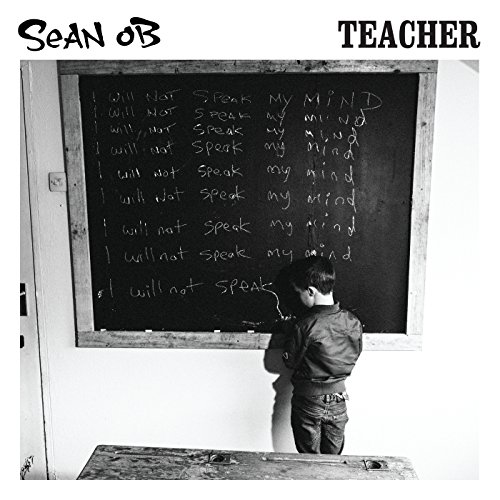 this is every song you loved when you were 13 and getting into ‘real music’. it’s fast, it’s cheerful, and, if we’re honest with ourselves, its pretty much just an acoustic fratellis track. but after a playlist sparse with happy tunes, it really picked me up. 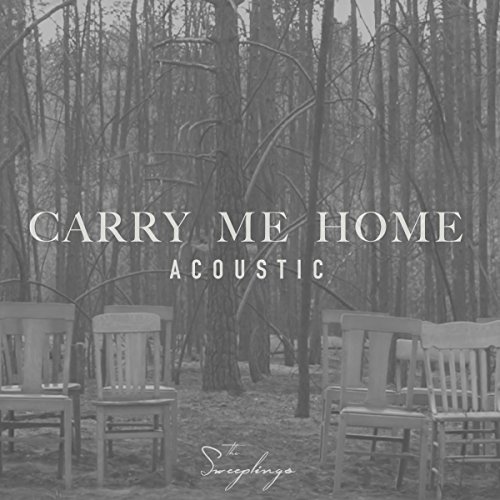 the sweeplings – carry me home (acoustic)

i’m going to point you back up to what i said about ferris & sylvester: it’s a folksy, almost country sound that i’m here for in my more thoughtful and artistic moments. it’s one of my big dreams to be in a male-female folksy musical duo (see alex and sierra, the civil wars and you + me) and yet again i’m sating a void. better than the above, but only by an inch. 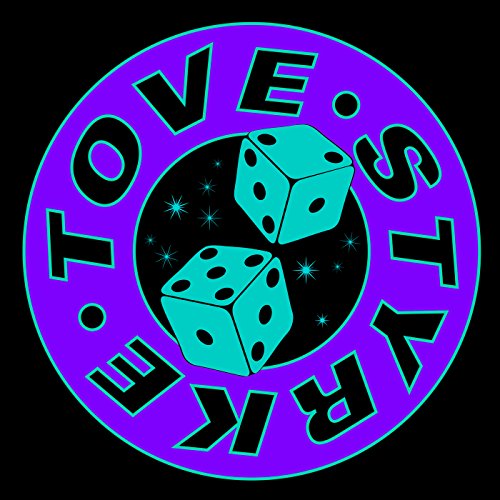 i need to stop winding myself up with this repetitive, thinly-sung vocally indistinguishable genre of music. a hop a jump and a 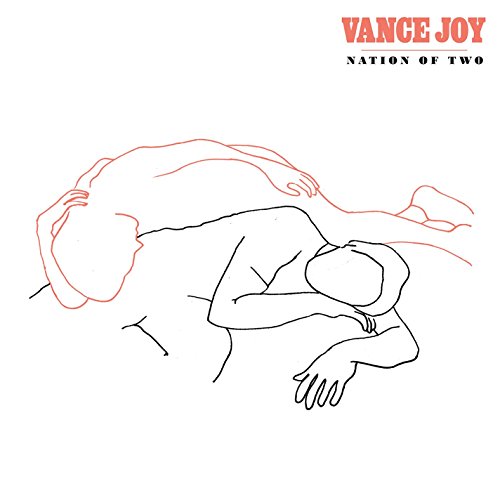 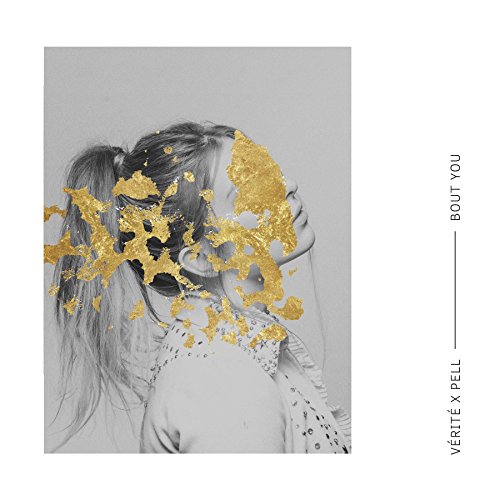 a! guest! rap! verse! is! not! always! a! good! bridge! i don’t know, i like vérité but this was just too trite and forgettable. 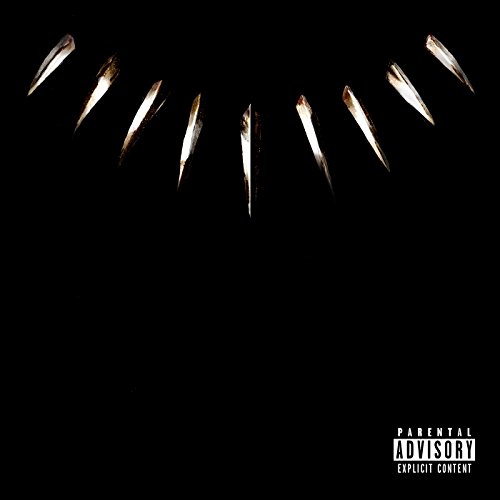 the weeknd + lendrick lamar – pray for me

i’m still three marvel films behind from being ready to see black panther, and if i know one thing about movie soundtracks its that films that have good ones are generally pretty bad. maybe black panther will prove an exception, but when it’s giving us gems like pray for me i don’t honestly care. the weeknd and lamar both sound great and i’m all about it. 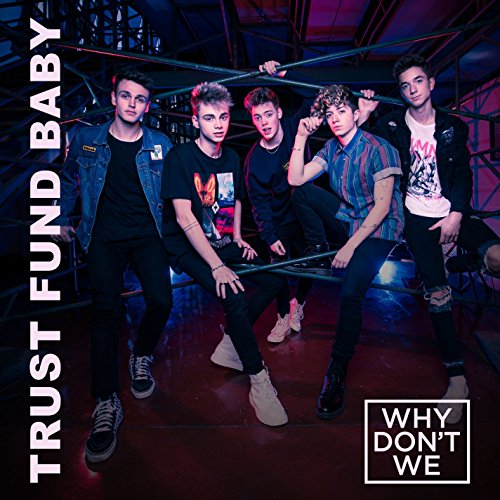 why don’t we – trust fund baby

don’t we love it when ed sheeran pens a song for a group of teenagers about a rich girl and the clothes she wears? don’t we love it? DON’T WE LOVE IT???!?!!!? this is the closest i’ve come to swearing on this blog. 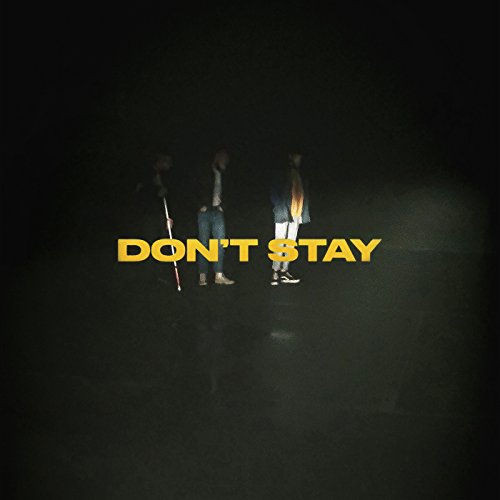 i’m still enjoying their ballad from last week, so this all feels a bit too soon from onerepublic 2.0. don’t stay could fit nicely on a sam smith album, which, on this blessed afternoon, i suppose isn’t the worst thing in the world.