do you ever get those days where you reach music saturation point and you just can’t listen to anything for a while? i got that around tuesday and i’ve only just shaken it this morning by watching the performances from the brit awards and i’d just like to take a moment to appreciate stormzy. if you haven’t seen it, stop everything else and go watch it because it was one of the most transportative musical performances i’ve seen in a good while.

i’m a general believer that if you try to get into a genre of music that isn’t within your usual remit then it can be work to reach a point of genuine appreciation. i didn’t grow up with anything that really resembled grime (i spent a lot of time around indie music because that’s what my friends were into) and it’s easy to write off a whole genre or specific artist if the way it’s presented to you isn’t instantly accessible, so i’m happy that i’ve been given this little window by stormzy into what i’ve been missing out on. next time i’ll be less inclined to skip within ten seconds of that south london rap vocal coming in.

i’ve not really given much time to the tracks i said were worth a spin last week thanks to the aforementioned saturation point, but i know that the dan owen, lauv, and naaz songs are gonna be sticking around with me for a while.

i’ve heard a lot of hype around the new janelle monae and i’m definitely on the jm train after getting around to watching moonlinght a couple of weeks ago, so i’m looking forward to spinning that. new imagine dragons is also always welcome since i’m seeing them in 9 days(!!!) + i’m interested to see what route alexandra burke is taking for her next foray into music.

ok i’ve digressed enough. for anyone interested in listening along here are the playlists: the songs for this week, all the songs from all the weeks for anyone retrospectively looking at my blog that doesn’t want to search each individual song if they’re looking at an older post, and my 2018 playlist of the songs that i think deserve a second, third, and maybe even fourth spin. here we go…. 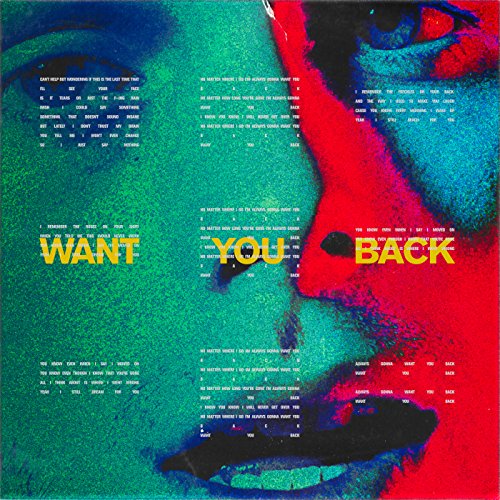 5 seconds of summer – want you back

i wonder how many more times we’re going to have different songs called want you back or something of a similar kind. i mean, i enjoyed haim’s song of the same name last year, but my heart will always be with the jackson 5. our favourite australian one direction have made a decent stab at it that i don’t hate, it’s palatable pop rock but it sounds too much like an album track from the wanted, and look what happened to them? 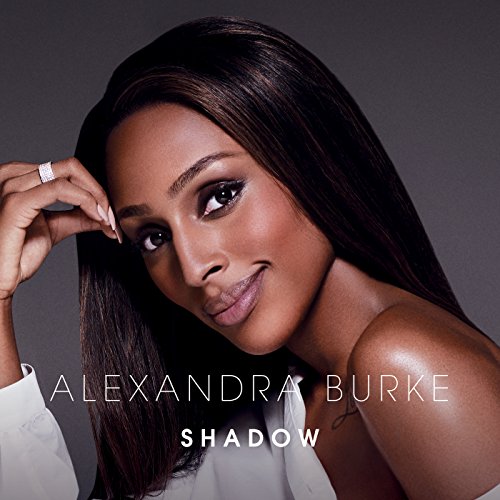 initial reaction is that i’m not convinced this is actually alexandra burke. it’s just not distinctive enough. i’m all for burke having a musical renaissance, she was treated so poorly during strictly last year (or at least that’s what my media exposure told me, i didn’t watch it) and shadow is a decent piece of pop but i can’t help but think that the sound feels a little irrelevant in 2018. i hope her next outing is a bit more of a banger. 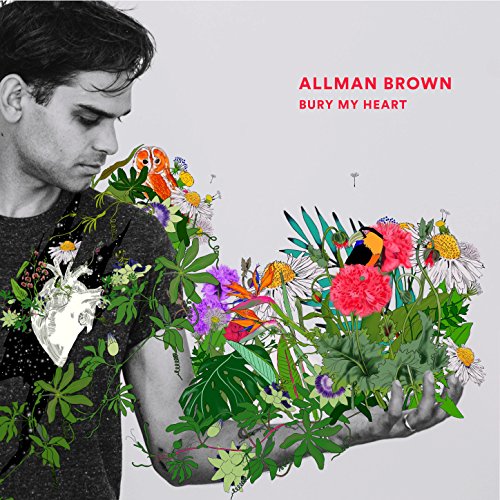 the guitar intro is gorgeous and the reason this sombre sounding track made it’s way onto my playlist for the week. by the halfway mark i’m feeling equal parts hollow and whole and come the 4 minute and 13 second conclusion i think i need to go and lie down and regroup for about ten minutes. heartbreakingly good.

a powerful pop dance ballad that is remnant of sia and david guetta’s titanium but not quite hooky enough and i don’t feel like i needed this afternoon. 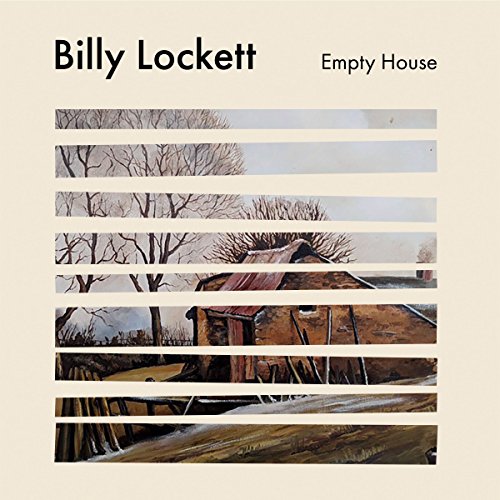 i 100% included this because a girl i went to uni with dropped out and subsequently met the bassist from billy lockett’s band and went travelling with him which is a wild story and i realised i didn’t actually know what lockett actually sounded like. empty house is a cliché laden pop rock ballad that is has some nice vocal moments but i’m not going to move to new zealand over it. 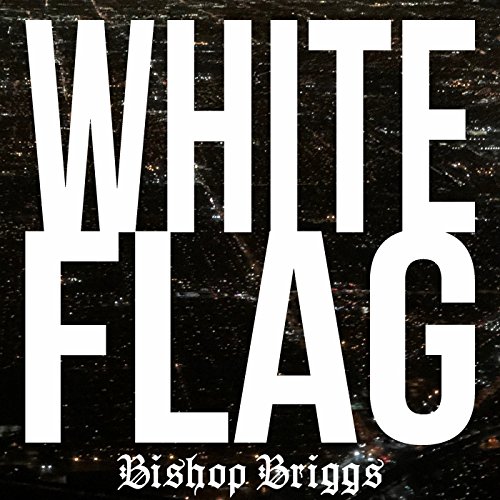 this is not a cover of white flag by dido but it is a southern rock anthem laden with husky female vocals and some strong chain noises that’s got me feeling like i want to go to war in the wild west. a little bit jamie n commons, a little bit pop, a nice empowering surprise on the nmf playlist. 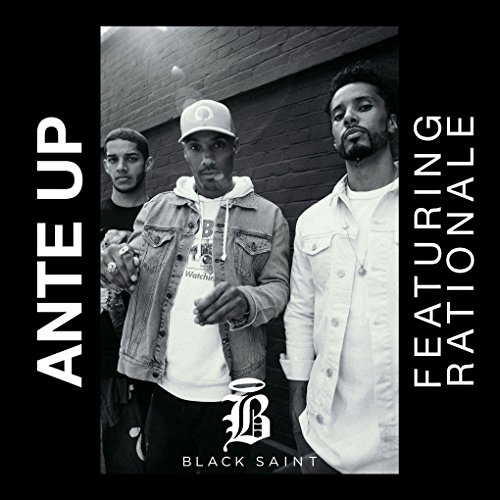 some more year & years void filling that i am almost here for. it’s got a good beat and a strong dance anthem, but it doesn’t quite hit the mark where i know it’s going to resonate with me in repeated plays. 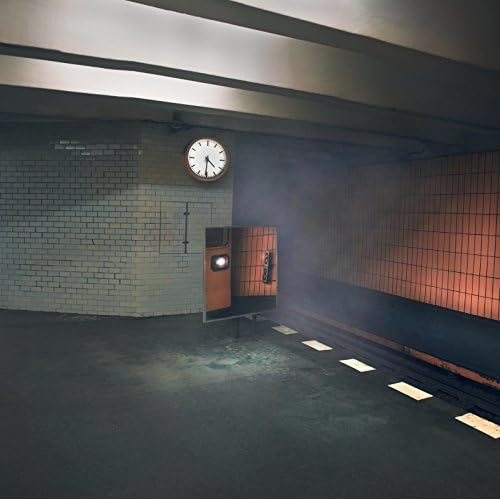 a nice 1975/killers-esque 90s dance pop song track that i would incline me to go and catch boniface at a festival this summer and listen out for the big hit i think he might have in him but not strong enough that i’d playlist it. 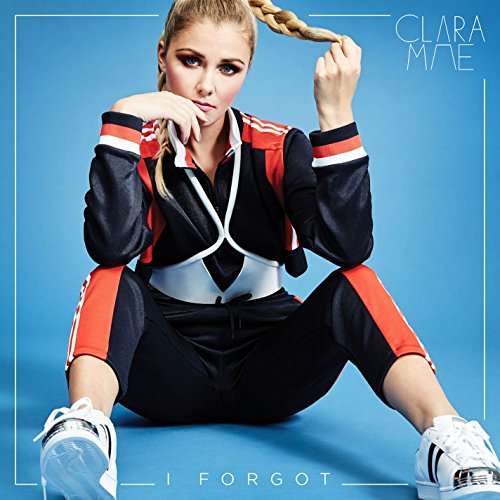 another of those bulk buy female pop singers that circle the lower echleons of the charts aside from that one breakthrough his which i forgot is not hooky enough or upbeat enough to be. 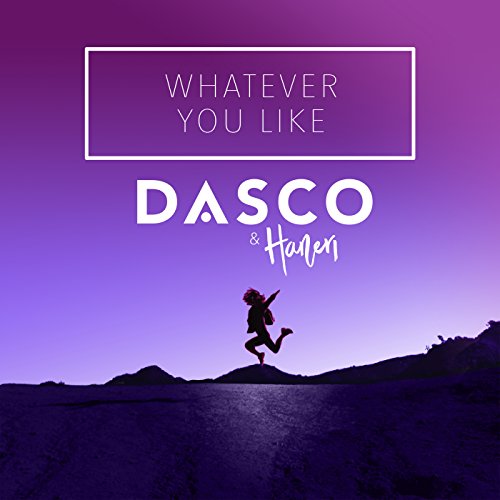 this is every other big name producer dj song with a female vocal that you’ve heard in the last five years that is nice enough that you don’t hate it but not distinctive enough that you listen to it on repeat. unless something better comes up later down the list to fill a small hole in my running playlist, then i’m going to have to say this can: 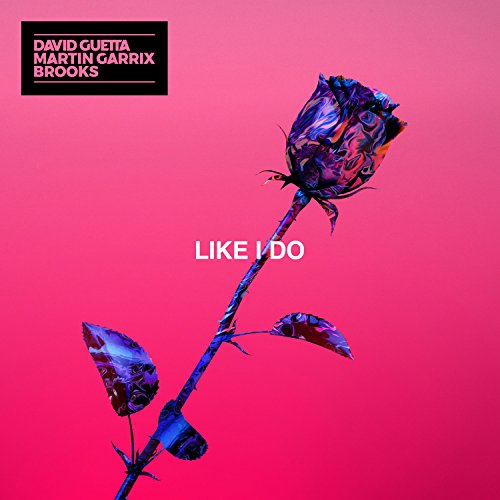 guetta and garrix?! i begrudgingly really enjoyed this club banger. it’s nothing groundbreaking but it’s got a huge drop that almost almost makes me want to go get a cheap bottle of wine, put on a nicer shirt and head into town. 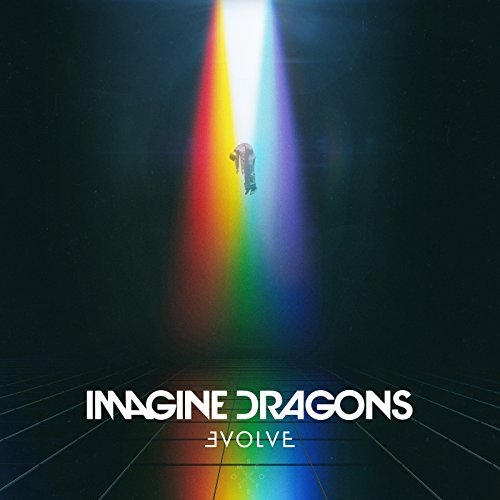 imagine dragons – next to me

i had to do a little pause because i thought two songs were playing together at the beginning but nope, that’s what they’re going with. sad imagine dragons are not my favourite imagine dragons but i’m so in love with dan reynold’s vocals that i absoultely loved how his voice soars on this surprise track and i’m so so excited to inevitably hear this during their set a week on sunday. a beautiful, powerful ballad with some slightly bizarre choices, like the churchy female vocals nearing the end, but a definite thumbs up from this fanboy. 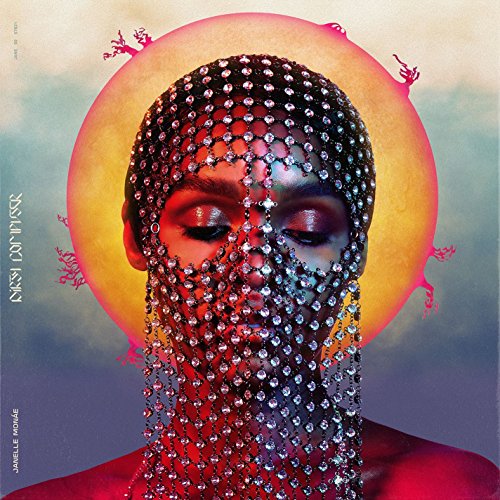 i heard someone describe this as the musical embodiment of sex and i can’t argue with that statement. this is like little mix circa move but distinctly better. it clicks it claps, it feels like prince is back and haunting monae’s living breathing body and i’m so so here for it. 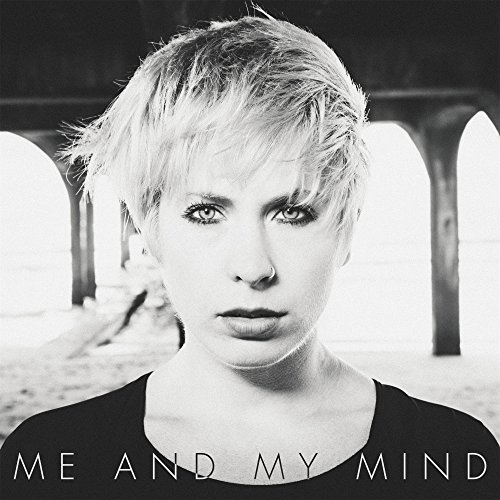 jazz morley – me and my mind

i don’t have a lot to say other than i liked this. it’s easy listening and kinda soothing and a just generally pretty song. 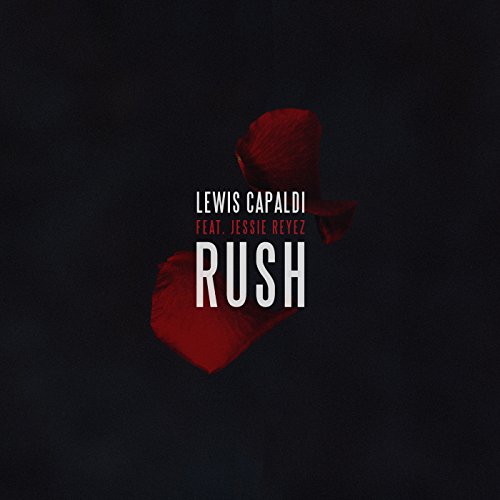 i’m lowkey in love with lewis capaldi’s voice and i’m still riding out on bruises from last year which you should go check out if you haven’t heard it. rush is a nice duet ballad that balances the vocals from capaldi and reyes nicely, with the former exercising more restraint than usual to mesh together in beautiful harmony. glorious. 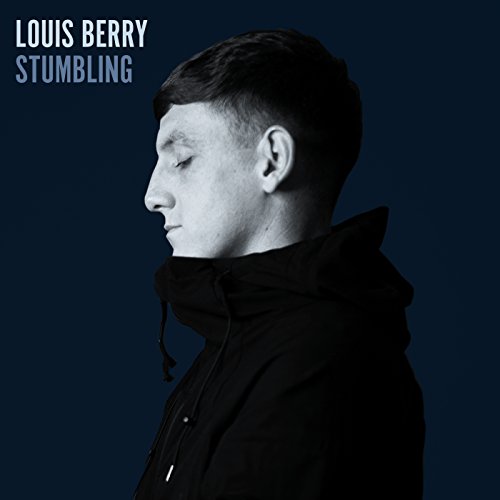 i’m a sucker for a husky male vocal and i was surprised that this was what was gifted to me considering on the artwork berry looks like an adidas tracksuit wearing slave. the hook on stumbling borders on annoying but i liked it well enough on berry’s voice that i’m inclined to get over myself.

millie turner – you and i

i’m still obsessing over the shadows from a couple of weeks back and was waiting in anticipation for a knock it out the park follow up but you and i isn’t it. 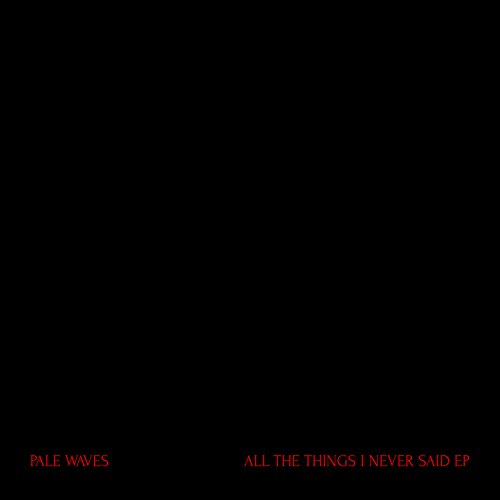 i really like pale waves in a casual put them on in the background for some feel good tunes that you could dance to if you wanted, but i’m still waiting for that standout track. i don’t think heavenly is that, but it is still a nice little song that slots perfectly in with the rest of their musical catalogue. would see live but: 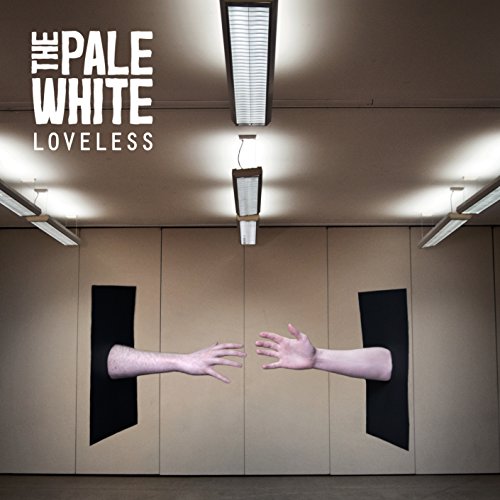 i’ll be honest and say stopped paying attention because someone was talking to me but i’ve got a good feeling about this, maybe because rock music doesn’t get much of a look in right now. 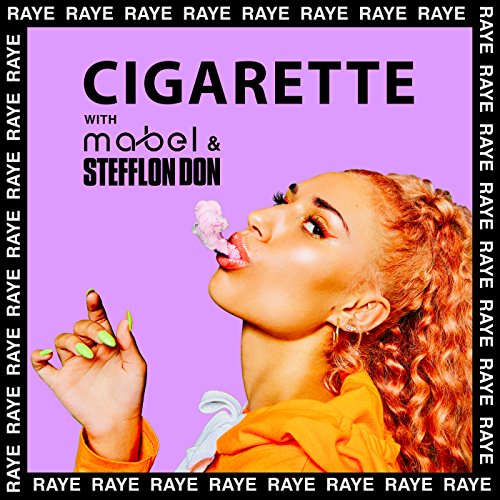 three of the most exciting women in pop coming together should only be a good thing,  but cigarette just missing something for me. no doubt i’ll be eating my words in a few weeks and u-turn, but initial response? 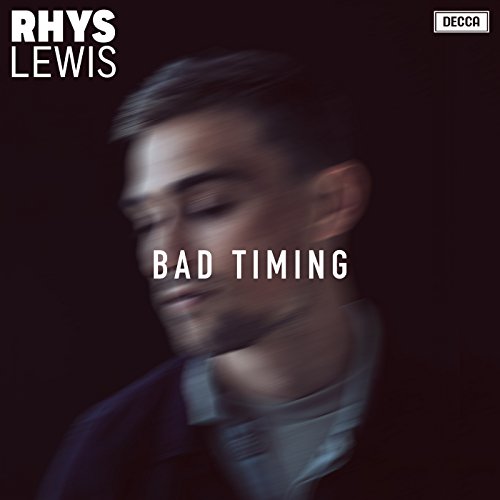 lewis sounds so like someone and i can’t put my finger on who that is and honestly that’s all i could think about during this not bad, well sung, but unmemorable song. could be a bit pacier. 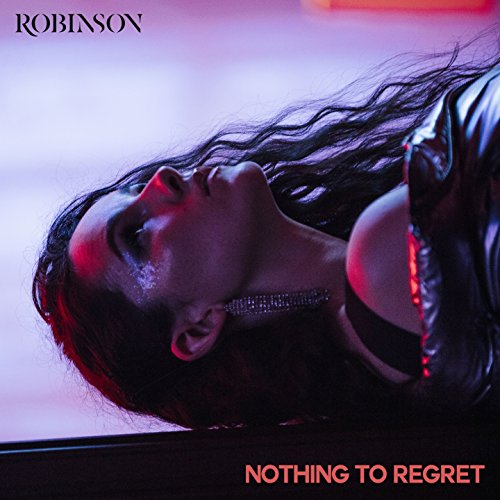 robinson – nothing to regret

uplifting let’s-dance-the-night-away-and-hide-from-our-problems pop music is one of my many weaknesses and nothing to regret is a very pretty example of it.  the ‘baby we don’t need no money’ hook is super sweet on the ears and even though i’ve definitely heard it twenty times before i’m still really here for it. 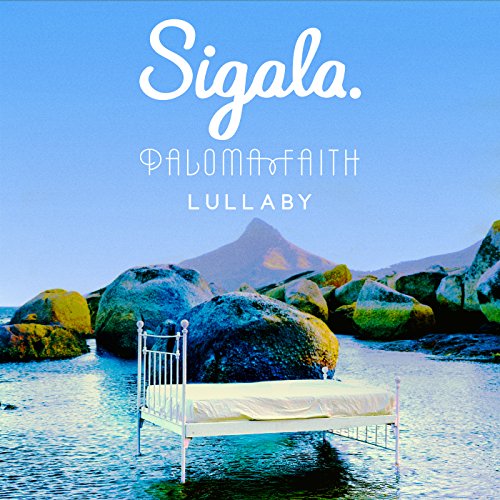 i utterly loathed sigala’s last elle eyre featuring effort because it seems to be all my gym likes to play, so i’m hesitant to say that i’ll like the next thing they put out in the likelihood it’ll burn my ears off in the coming months, but i can’t not like lullaby. it’s fun island club dance pop (a collection of words that sound like a viable genre) and faith’s often woefully distinctive voice is so blissfully undistinctive on this track i might not have known it was her. a little bit of fun for this friday afternoon. 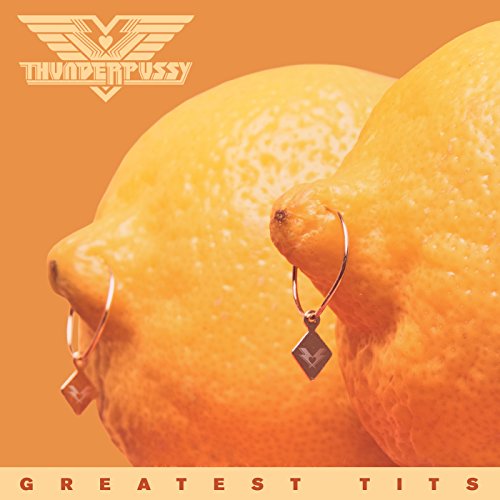 ok the band is called thunderpussy and their EPis called greatest tits and that’s all i needed to know that this was for me. it’s good a fun, black keys-esque rock song that’s really hitting all the right marks. i’m off to listen to the rest of their songs see ya! 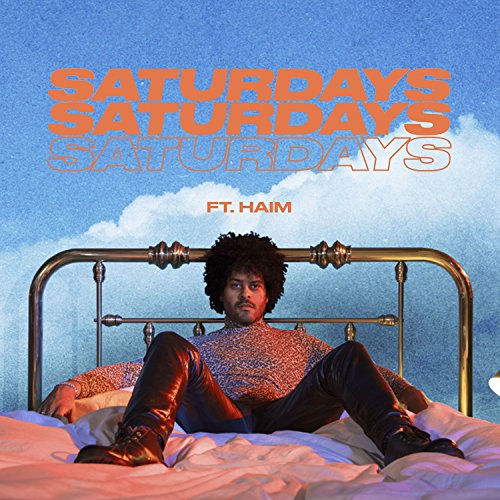 there was a bit of goodish rock music today, and a bit of goodish synth music and saturdays is shooting down the middle of the two. it’s not lighting me on fire like i reckon it could but there’s something in there that i liked, or maybe i’m feeling generous, i’m not sure. 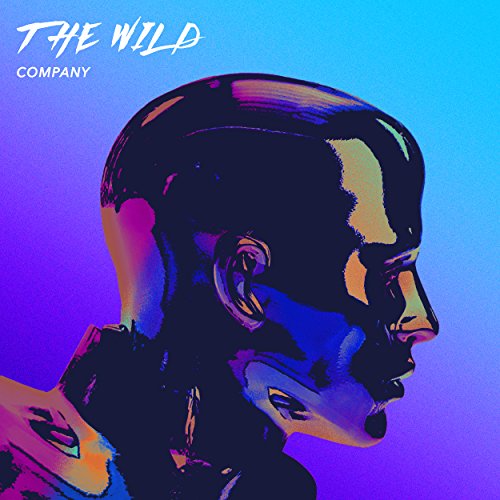 i’ve run out of steam today but this has got a good beat and sounds a little like robbie williams doing vocals, but the song is easily better than anything he’s done in years. a nice one to end on.