i consumed what felt like a lot a lot a lot of new music last week and honestly my plan was to knock out another batch last, but i didn’t have time before my mum and i went down to london for the weekend to see harry potter and the cursed child. so here i am, it’s monday and we’re back again with a respectable 25 songs playlisted for review from friday 6th april. there’s nothing on the surface that i’m hugely excited about – maybe the dua lipa + calvin harris track at a push, but mostly i just need a break.

there’s not been a lot of time from listening to the tracks from my last two posts (which you can check out please here and here and i will be leaving their individual playlists up so they have a minute to breathe) to tell you which ones i definitely think are worth your time, but i have had the hook from grace vanderwaal’s clearly rattling around my head since wednesday, and the mø and hayley kiyoko ft kehlani i’m pretty sure are both gonna stick with me for a while.

ok i’m ready to go, are you ready to go? for anyone interested in listening along here are the playlists: the songs for this week, all the songs from all the weeks for anyone retrospectively looking at my blog that doesn’t want to search each individual song if they’re looking at an older post, and my 2018 playlist of the songs that i think deserve a second, third, and maybe even fourth spin. 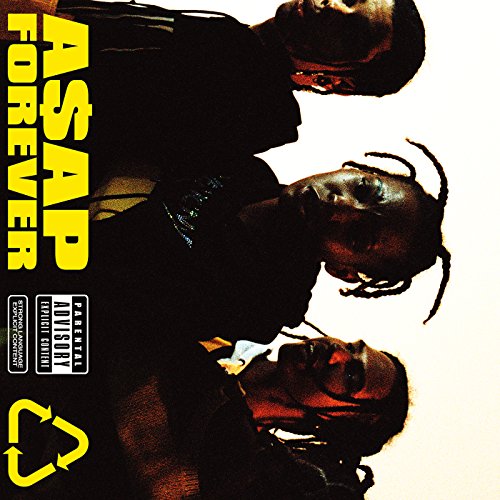 i was hesitant to put this collab on the list because neither are artists that scream to me, but the opening five seconds was much sweeter sounding than i expected. the backing tracks is bizarrely wispy and light, the repetitive strings are soothing and it compliments rocky’s rap tone nicely. i don’t know exactly what moby did to this track, but i’m assuming its the final third, which comes in so disjointedly and sounds like a different song altogether. had potential but to unevenly put together. 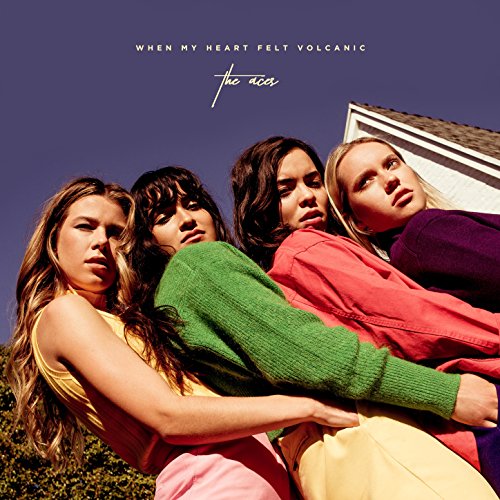 the aces – last one

i’ve been waiting for that aces track that makes me want to sit up and pay attention, but the more i hear from them the less confident i am that i’ll get it. the last one i am assuming will be their last push for a while since the album has finally dropped and whilst its by no means a bad song, it feels like a 1975 album filler that i wouldn’t come back to after hearing the album. there’s a bridge and the chorus is pleasant, but it’s just not quite there. i’ll be back for the aces on album two but until then this is the last one, this is the last one. 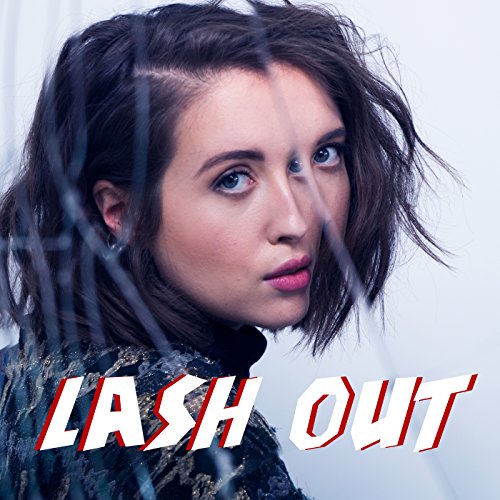 rock girls with good rock voices make me weak. i like a good rasp and a powerful delivery. merton is taking a distinctly more florence welsh route and giving a phlegmy sound that almost works but doesn’t quite. i think that lash out is definitely a well composed song, the instruments are basic and uncomplicated in a charming sort of way and maybe with a different vocal behind it i’d be more into it, but as presented by merton it’s a pass from me. 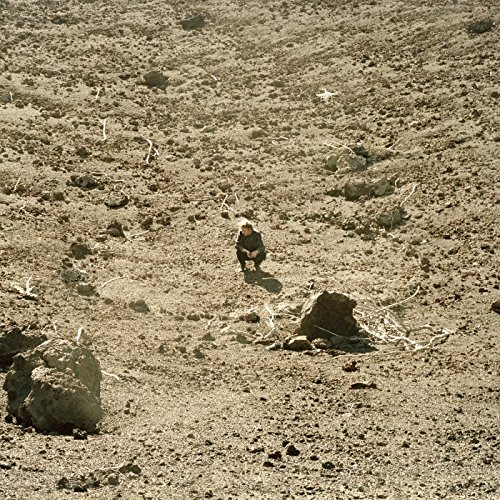 ben howard – a boat to an island on the wall

i feel like you either are the kind of person who likes to listen to seven minute ben howard songs or you are not and in spite of the fact i liked the end of the affair, i was of the opinion it was definitely at least three minutes too long outside of a concert setting. a boat to the island on the wall is pretty much standard howard: meaningful but definitevely overlong. it picks up in the second half but, for me, not enough. not as good as the wolves so i won’t be playlisting it. 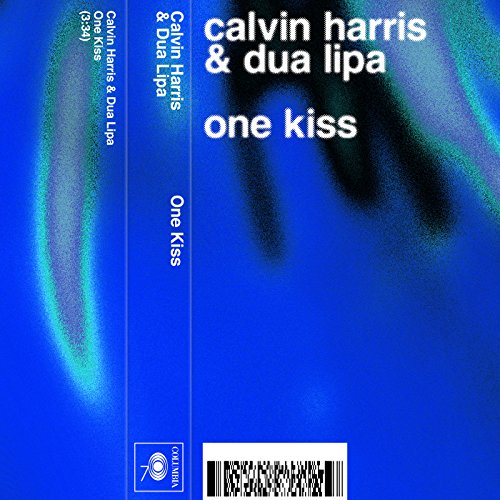 i wasn’t ready for more lipa and i’ve never been a big calvin harris fan. i think that last year’s biggest rising star is at her weakest when she’s the feature (her solo reprise of scared to be lonely was far superior to the original edit). one kiss is a a very one note dance track. it picks a mid tempo and sticks to it, there are no moments and if it wasn’t for the names involved i doubt i’d have playlisted this in the first place. 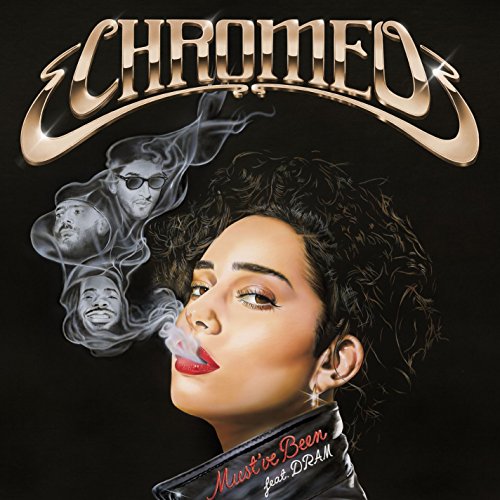 after the exhausting amount of modern disco era that came off the back of get lucky if you’re going to give me another disco inspire song then it better be near perfect. must’ve been is a happy little track, it ticks all the boxes you need for listenability – good vocal, solid beat, bridge – and i can’t be too mad about it, but it’s very basic and i don’t care for it enough. 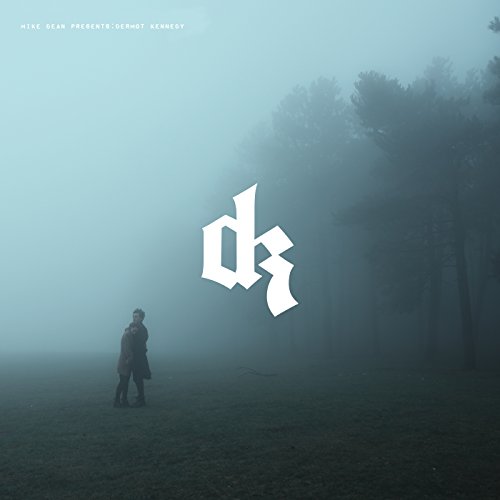 moody guitar led songs are hit and miss. i got a number of different artists here on couldn’t tell, and i’d say kennedy falls between game of thrones alumni iwan rheon an raleigh ritchie (ramsay bolton + greyworm), and brit critics choice winners rag n bone man and jack garratt. there’s nothing wrong with this comparison. couldn’t tell sounds angry and feels very ep track with the killer song i haven’t heard yet so i’ll go digging for it. 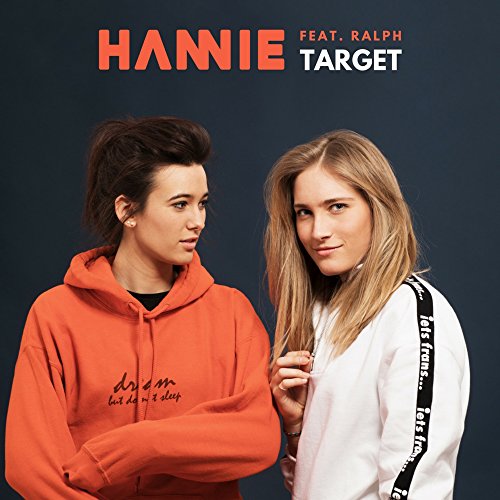 for a second i thought “here is the girlband song i was looking for today” but then the chorus kicked in and i was left wanting more. the irony of the “give it all the i got/hit it with my best shot” lyric is a little too on the nose. when will someone deliver? 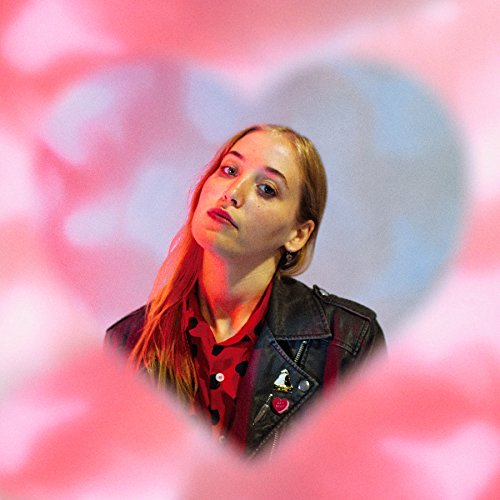 dreamy synth pop that there have been too many misses with on this list so far. sugar & spice has got me feeling like i’m in a lindsay lohan movie overcoming her bitchy girl and becoming pure and kind again, working hard to get good grades and trying to fix all the woes of my life. 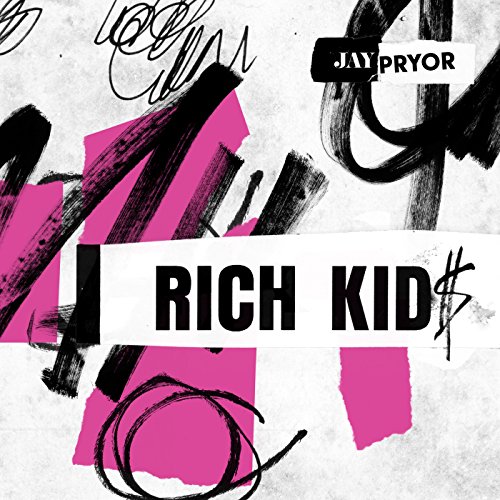 finally something in q2 has delivered. look, rich kid$ isn’t groundbreaking in subject matter or sound, but it’s just a well manufactured song by a producer on the rise. this is giving me the same kind of feeling as i got with snakehips’ breakthrough moments and is filling a gap that has long existed in my running playlist giving it he long needed kick it’s been missing. 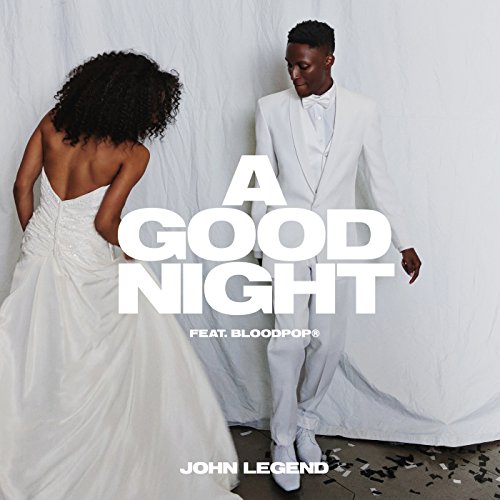 see above what i said about disco-funk music. i like legend’s voice on this, and the hook is sweet and fun especially when you think of it as being about chrissy tiegan, but it’s not enough to save a mediocre and forgettable song. 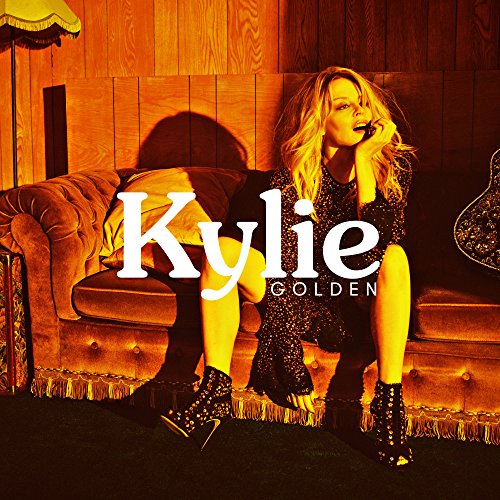 kylie minogue – a lifetime to repair

i’ve not been huge on kylie’s countrified era, but i’ll give this one to her. it’s a formulaic pop song with a country twang that has delivered on the first good chorus i’ve heard this week. it’s a thumbs up from me

everything about this is dumb and i love it. the artwork is senseless, the talk-singing is like a robotic parody of the future as presented in 80s movies, and the lyrics are wildly bad, but it feels like it has the bones of a cult song and if there’s a video for it anything like i’m imagining then i’m living for it already. don’t know where i would put this so therefore a standalone classic to be enjoyed full blast. 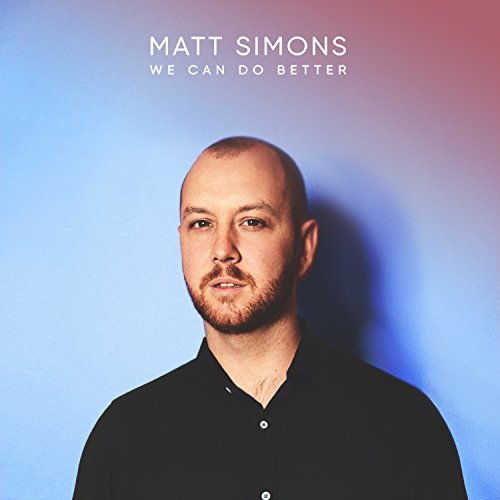 matt simmons – we can do better

i love it when songs announce their titles in the first line just to reaffirm to you that yes you are listening to this song. some of the lyrics, no, all of the lyrics are cheap and though they might come from a sentimental place it doesn’t come off authentic at all. it doesn’t hurt my ears, but it numbs my brain and by the end as every repetition of the song title plays out i want to smash my head off the wall. 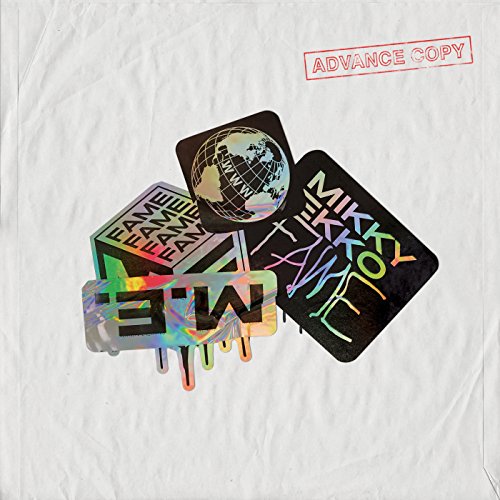 i was interested to see what happened to mikky ekko post his rihanna collaboration and the answer is nothing exciting enough to listen to again. nah that was harsh, this isn’t bad, it’s just a bit too onerepublic for my monday morning. 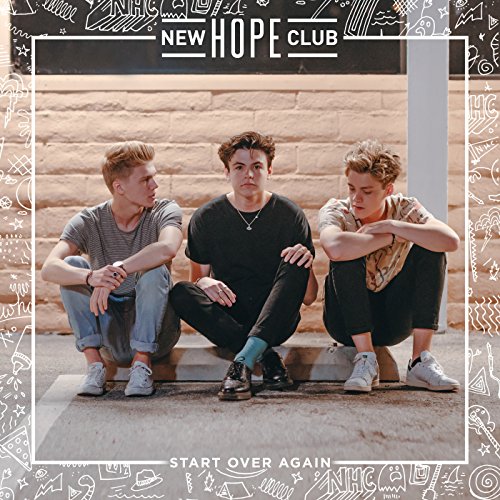 i’m a lowkey fan of new hope club and all their youtube covers, they’re basically a three-piece one direction and i’m into it. this is the first time one of their original songs has been as close to a carbon copy of the famous five which is a sensible career move because i mean, are there really any good boy bands out there right now? i don’t know that it’ll set the airwaves alight, but it’s just a nice, light, cute, bouncy, happy boyband song that i and their swathes of fans are welcoming with our arms open. 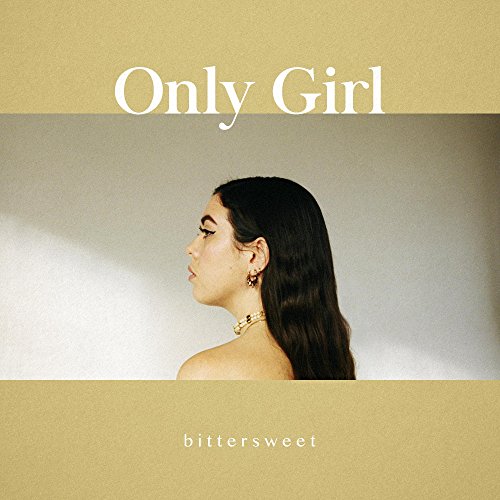 only girl put out mountain earlier this year and i loved it. her vocal is so smooth and focused (it reminds me a little of keisza) so i’m glad it’s continuing to take centre stage. bittersweet isn’t immediately as strong as her previous release, but it’s got all the same tonal nuances that i’d be able to guess who i was listening to which is more than can be said for a lot of new artists in 2018. a one to watch for sure and i’m going to get behind it now. 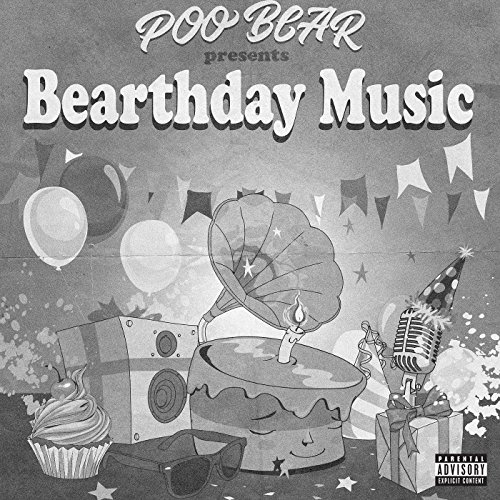 one of my big issues with a lot of big names is their tendenct to jump on a bunch of mediocre songs to lend feature vocals and end up propelling them into the mainstream. hard 2 face reality is a fine example of this and i was suckered into it by bieber. 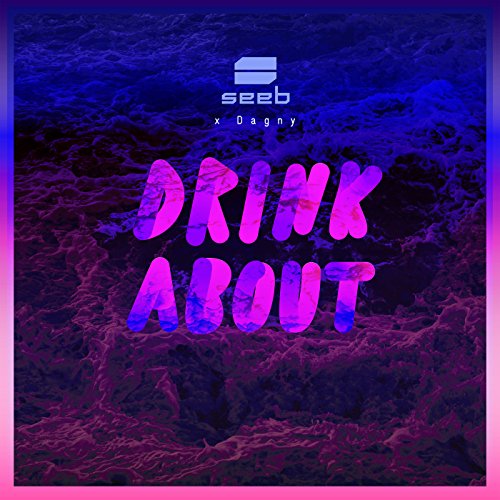 i’ve had a lot to say about the pool of indistinguishable females with thin vocals in the past, and dagny would fall into this saturated group if it weren’t for the fact that she actually delivers. i’m not totally falling for drink about but i think that i could get into it after a few spins. its generic edm that you’ve heard before, but it’s been done well and maybe it’s the fact this has been a poor week for music but i’m going to playlist it. 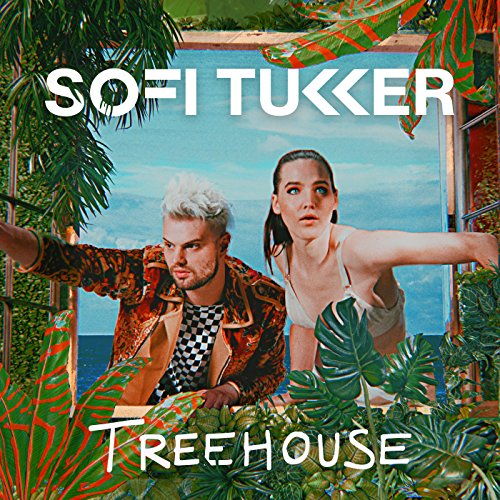 deep vocals on dance tracks are so necessary. it’s a throwback sound to right said fred and it lends itself to the genre so well so i was thrilled to hear it from the start and the other vocals compliment it nicely. the hook isn’t too loud and maybe a little repetitive, but it fits and makes me want to get down. 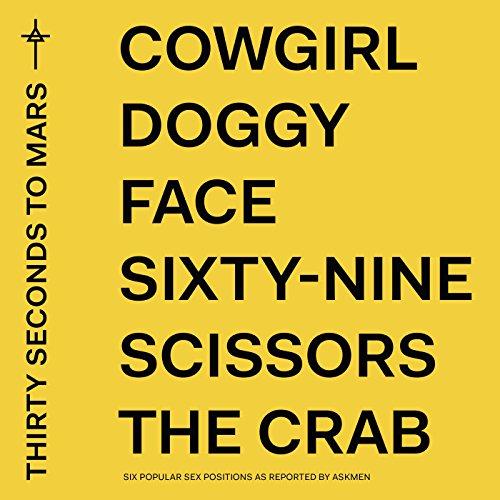