hello and good day, today is (as is more typical) not a friday in spite of what the name of this blog post might suggest. who can honestly say they always meet their own deadlines, right? anyway, here is my little round up of some new music for you.

in exciting music news this week, the mercury prize nominee shortlist was announced. if i’ve learned one thing about myself from looking at it it’s that i just don’t care that much about any of these wanky album prizes, or maybe of just albums in general. not the thing your supposed to say as someone who claims to be a music critic, is it?

i can pick out a handful albums in my life that i have loved start to finish off the top of my head, but mostly listening to any new music is a crusade with the goal of finding those one or two songs that i love. there’s a lot of music out there and i rarely find myself with the patience to listen to one person for 45 minutes straight. there’s not one person that’s on the list for the 2018 award that has been nominated or is being widely considered as being snubbed that i have any strong interest in. probably that’s an insight into my lack of attention span, maybe one day i’ll care about cohesive albums, but that’s just never really been how i’ve worked. maybe i’ve just not got the patience for it.

looking back at last week my favourite track was and is (predictably) natural by imagine dragons. i tried it out on my running playlist and it hit in just the right place which is the biggest thumbs up i can give it really. i also listened to harvest love by tash sultana today and was close to tears because it’s so perfect and good.

this week i’m mostly excited to hear emily burns four new songs from her debut ep so that i can reconfirm she is the most exciting new talent of 2018. thank you for listening to this preamble, here are my reviews. 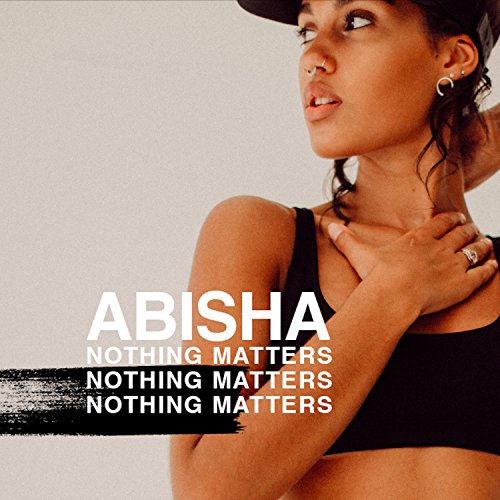 nice vocal, can’t remember the last time i heard such a simple-but-effective combination of r&b stylings with synth, but the simplicity lets it down and makes it feel easily forgettable. 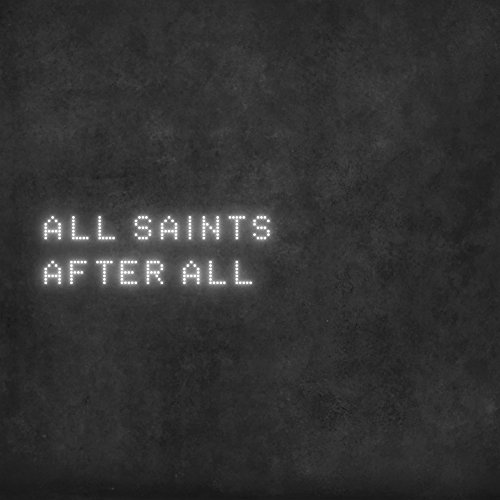 all saints – after all

never really been bothered about all saints but listening to this on recommendation and… nah it’s not for me. i get that it soars a little in the very ageing-girlband-sounding way i’d expect of all saints, it glitters and is pretty and i can’t complain about the vocal but it’s just too long – i had to skip to two minutes to see if it would actually kick in. would never listen to as a standalone which is, as i have learned, the main thing i am looking for here. 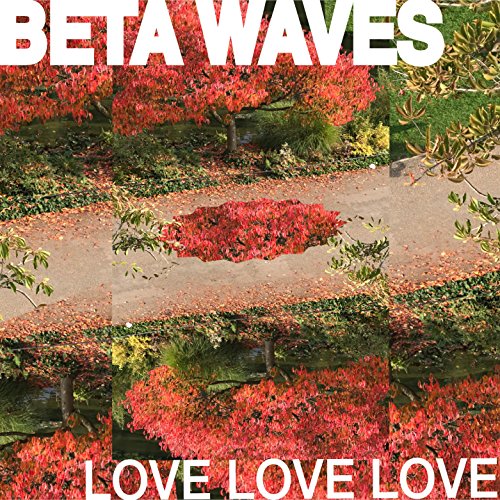 i was feeling very hopeful from the intro because it sounded very like a jungle (see further down) song, but then one of those edm hurts-style vocalists took the reigns on the song and i rolled my eyes 360 degrees. maybe i’m just sick of this really uninteresting kind of voice, probably because it features one in every three insert-popular-producer-slash-dj-here tracks that are so tired and yet continue to make small waves on the radio, but love love love doesn’t even boast a club-song sound so what is this for really? 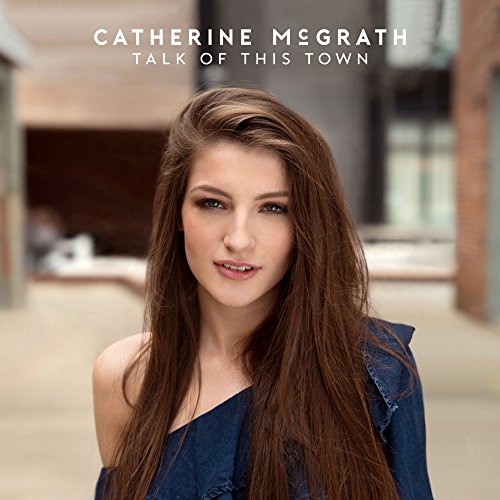 if you like vintage taylor swift or just pop-country music in general and you haven’t checked out catherine mcgrath yet, then go get your ears around her new album, from which good goodbyes has been lifted. this is not my favourite of hers, that title so far goes to the excellent lost in the middle, but it is another pretty little song and i will be listening to talk of this town soon.

the chainsmokers + emily warren – side effects

fire enough shots and one is bound to hit the target eventually. side effects grazes the edge and sent a little ripple of fear that maybe, just maybe, the chainsmokers have banished their solo efforts, gone back to producers-with-lead-artist-credit and have another hit in them… but this isn’t quite it. i’ve never really loved this daft-punk-disco-throwback-style of song, it’s not bad but it’ll never make one of my playlists. 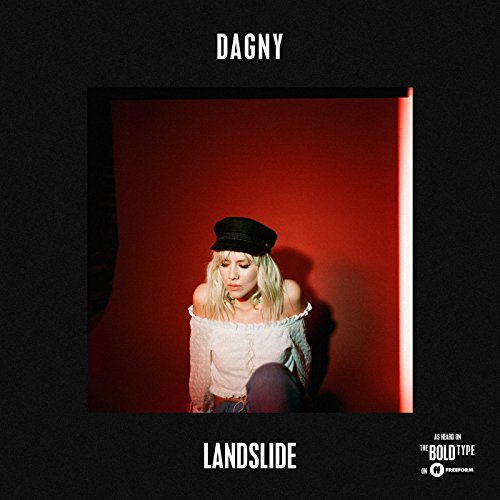 there’s room in my life for a nice new cover of fleetwood mac’s landslide, and while this was quite lovely it just wasn’t quite enough. 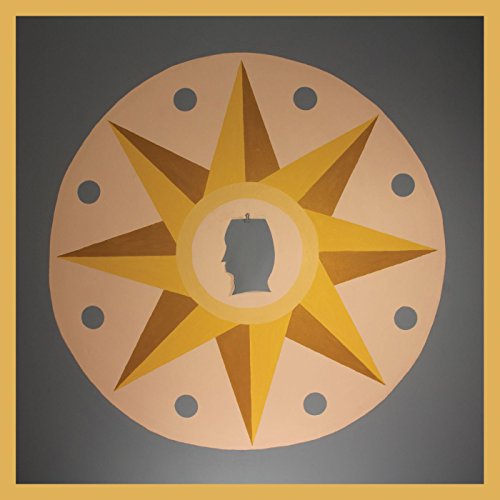 me, in all my friday morning wisdom, added a five minute and fourteen second guitar soloist to this playlist because? don’t get me wrong, it’s impressive that bachman is doing so much with his hands at once, but it’s very very chaotic sounding and i did not make it to the end. 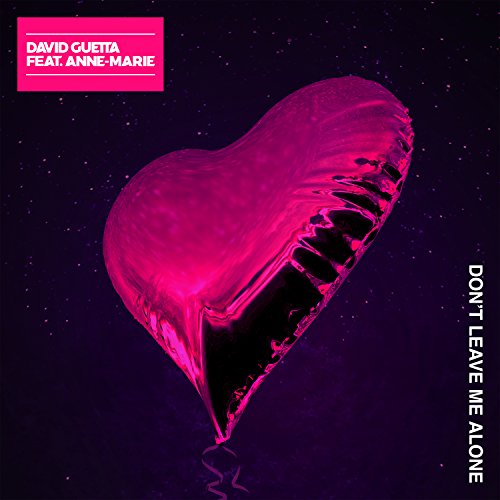 david guetta has lost whatever touch he had, but i do hope he finds it again soon. anne-marie deserves better than this. 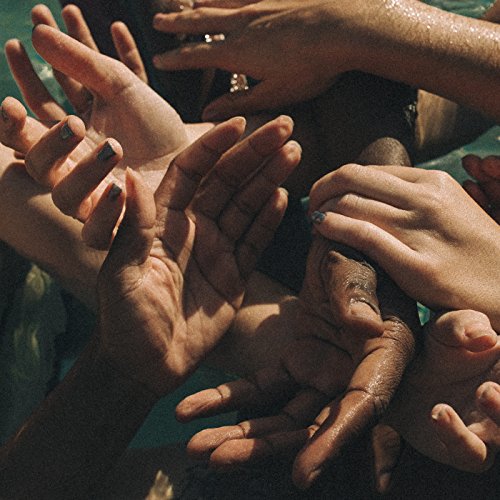 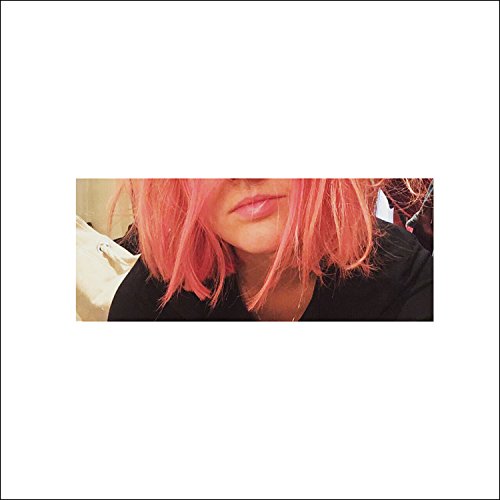 #dontsleeponemilyburns2018. i did go into this with bias because i don’t think i’ve been this excited by an artist in a while and it just feels like everything she touched so far has turned a little bit gold. but. Bridge aside, test drive is a bit more generic than I was hoping; i’d probably pan vanilla sundae as a boring twee singer-songwritery guitar song if it was all i’d ever known for burns not to mention that she is outsung by loyd nelson; after hours is too slow and uninteresting; the actually very pretty acoustic track senseless sticks out from the rest of the bunch in a way that doesn’t really make sense with the rest of the ep. I can’t tell if there’s something in the water that’s affecting my senses but my highest hope for today has let me down. Go and listen to cheat. 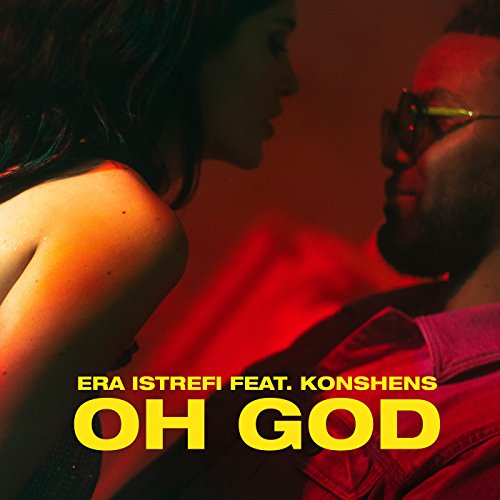 a very obvious rip off of bitch better have my money. 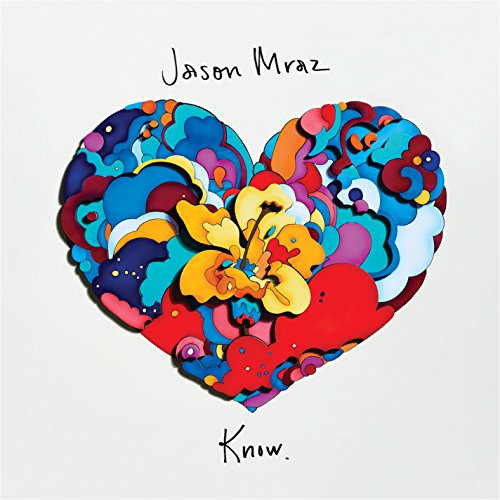 was it wrong of me to pin high hopes on this? Should I have known that a cutesy loyd mraz duet wouldn’t fix whatever is stopping me from enjoying new music? It was fine. You’ll forget this once its over. 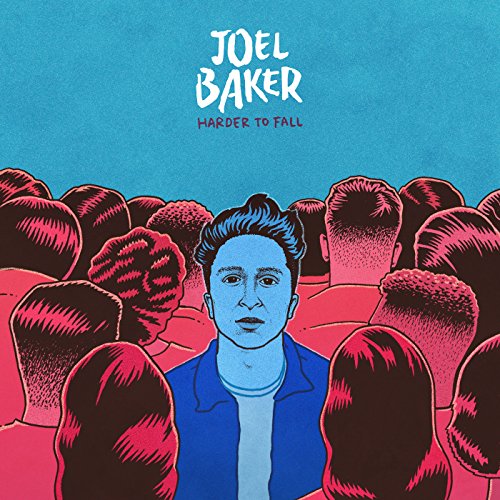 I hate this style of talk singing!!!!! His spotify bio says that listening to pink loyd’s dark side of the moon under his covers changed his life but I challenge you to find me one pink loyd fan who would listen to this. 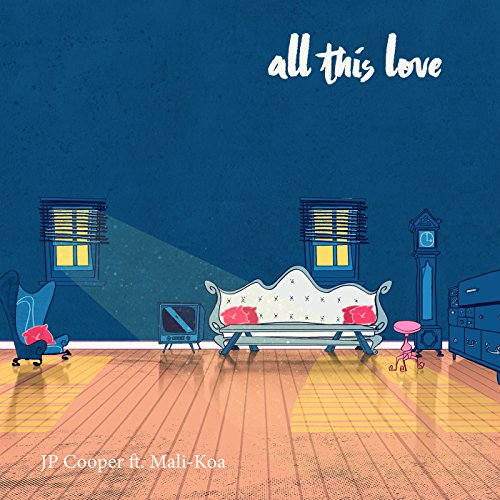 jp cooper + mall-koa – all this love

cooper’s voice has long ruined any song of his that’s been put upon my ears, which is strange because he is very literally a carbon copy vocally, maybe even technically better, of james morrison who i unashamedly like. so who knows how long a shelf life all this love has, but i enjoyed it more than anything else i’ve heard this morning, it’s got that very easily-pleasing basic doo-wap rhythm that means this the exact kind of thing that makes for a stand out x-factor performance. hoping that putting this on the play-again pile will put out some good energy and flip things around for twelve remaining songs i’ll be listening to today. 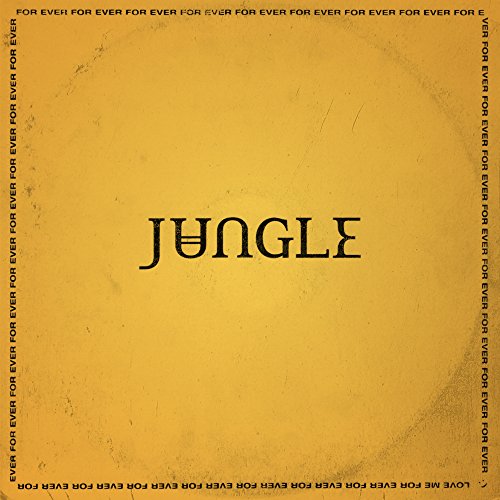 another fine example of why jungle are the musical embodiment of summer nights. take me to a festival, put four beers in my stomach, a fifth in my hand and let me bliss my troubles away. not a great standalone, but i still love jungle. 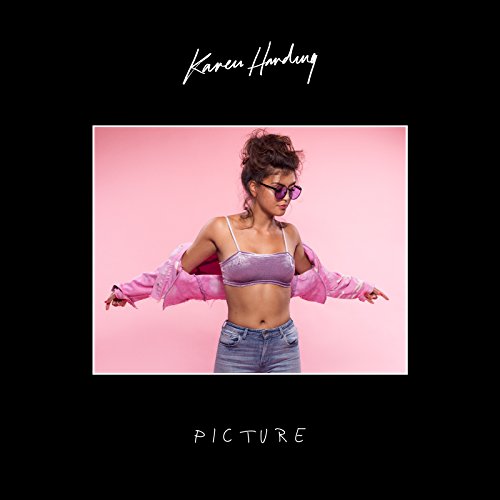 behind my internal bias against songs that sound like they’ll be playing too often at the gym, this is undeniably bouncy and good. i don’t love made-for-the-spin-class songs generally, there’s just something refreshing about harding and picture that i can overlook those deep funnelled in edm vocals in the chorus and slide this right into my current rotation. 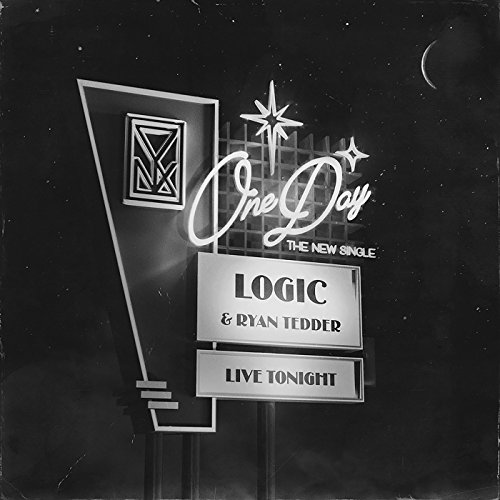 why does tedder put his name on things independent of the onerepbulic brand when we all know they’re entirely entwined and just as bad as each other? this wasn’t actually awful sounding, it’s just a bit chainsmokers and i just can’t get over how disgustingly white it is, coming from me, the whitest boy alive. 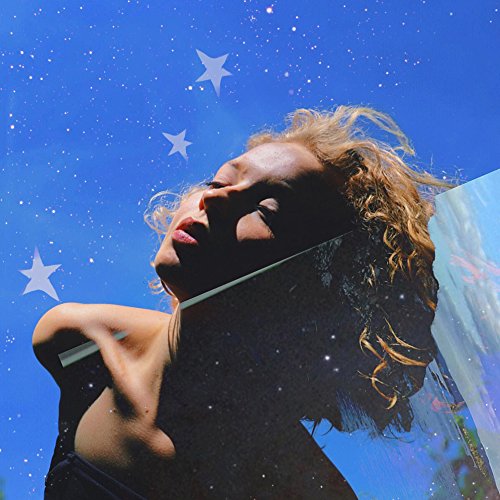 millie turner – she was a dancer

the problem with artist with very pedestrian names is that remembering which ones have put out bops is harder than it should be and i almost almost missed out on adding this from millie turner, who released the excellent shadows earlier this year. unfortunately, her very posh english vocal which was ignorable there is all too glaring in she was a dancer and the way turner repeatedly says ‘dance’ is giving me the worst kind of shivers. 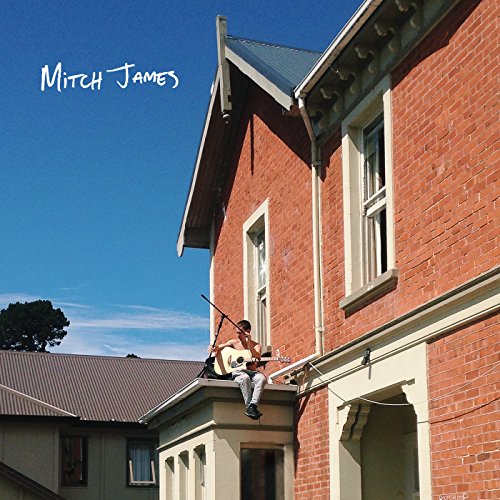 acoustic guitar pop that could easily be a slower version of an ed sheeran b-side, which makes it unsurprising that james has opened for the ginger behemoth. not bad but you don’t need this in your life. 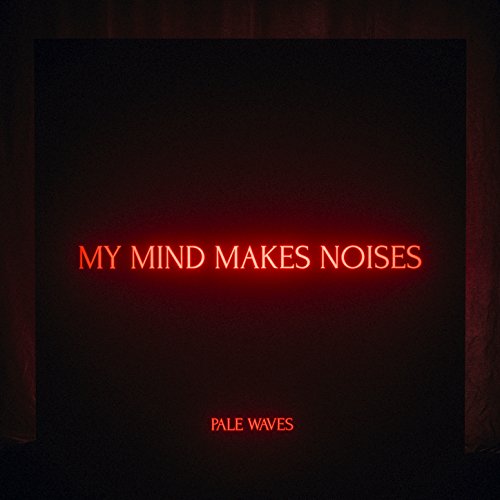 pale waves are doing one of those 1975 choruses that aren’t actually that huge, they’re just functional on repeat and make you think they’re incredible because the first time the verses feel like there’s going to be this massive climactic explosion and instead you get a plateau that you just can’t enjoy on your induction but when you play it again, it’s just glorious. i played it again for confirmation and the sheer quality of music is so gloriously enchanting, everything fits together perfectly that i can’t hate this because it’s very, very good. 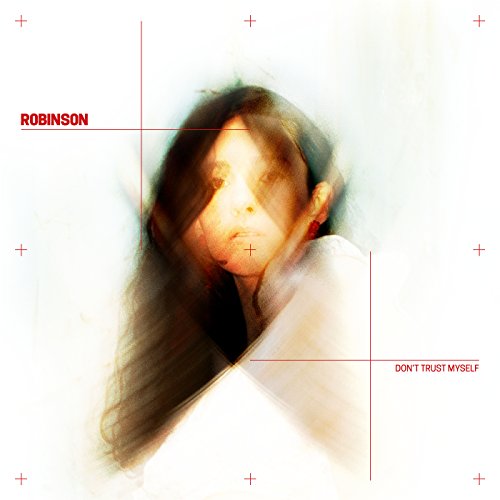 if you haven’t, listen to nothing to regret by robinson. i’m confused that i missed it when i did my h1 roundup because it’s definitely one of my favourites of 2018. don’t trust myself, however, is a bit too gloomy in that crying-by-the-pool montage way and i don’t care for it. 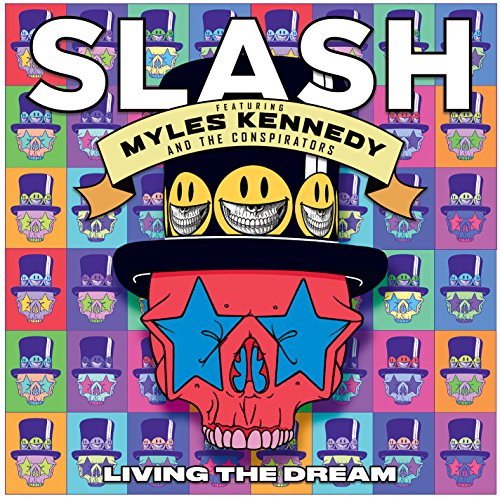 a fun and energetic rock song. i’m a fan of kennedy’s voice, the guitar is so classic-rock pleasing and reminds me of walk this way the only sad thing is that the chorus doesn’t deliver as much as it should on a song with such promise, it’s just too safe and unexciting. what happened to taking risks? well, there’s enough good stuff here and today has been so weak that i’ll give it a thumbs up on the skin of its teeth. 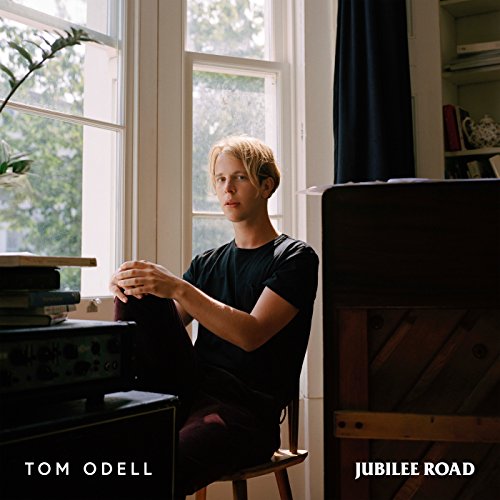 what did tom odell do to find the titular track from his upcoming album so low down on new music friday? maybe it’s because this is so boring. look, i love tom odell, he’s such an easy person to have on in the background, he’s got a good voice both live and recorded, but maybe he could do with listening to a little less billy joel and elton john and a little more contemporary music. 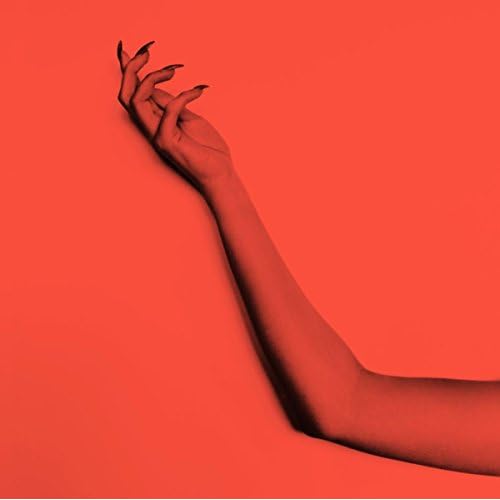 if there’s one thing i’ve learned from doing these reviews its that i just don’t have the energy to try and be an artist (the music kind). there’s nothing wrong with take notes, it’s a perfectly fine r&b-pop (?) song, i like it when she says “i don’t care if you burn my fucking house down” and i’m sure a lot of love and effort from graye went into it, but there’s so much of this out there that how the hell do you get people to listen and pay attention you? i’m glad this is the last thing i have to listen to today.