Skip to content
Posted on May 20, 2019 by Iain Posted in New Music Mondays

I love how when you go somewhere new and listen to a song for the first time it takes you back to that place. I was away in Milan last week for work (vis a vis this double feature) and I spent the Friday just walking around the city listening to new music and so half these songs are transporting me back to the Cimitero Monumentale and the Duomo Di Milano and all the other amazing architecture I saw there.

In music culture this week there was, of course, Eurovision taking place over the weekend, and I don’t think it’s just because I was half cut when I watched it, but wasn’t it a terrible year? As a casual fan there was one song that I thought I might actually listen to again (see below) which is a dire state of affairs, not to mention poor Michael Rice coming in at last place. Maybe some year soon we will have a renaissance and actually so something that people respond to.

Anyway, I have more work to get through so I’ll be as brief as I can control myself to be. Oh, and I also bought my domain, so it’s just a nice clean ‘iainsights.co.uk’ going forward. That either means I’m becoming more ambitious with what I’m going to post on here, or this will all be dead in the water in a month… But yes, for now, happy listening! Hope you find something you like.

HERE’S THE LINK TO THE SPOTIFY PLAYLIST 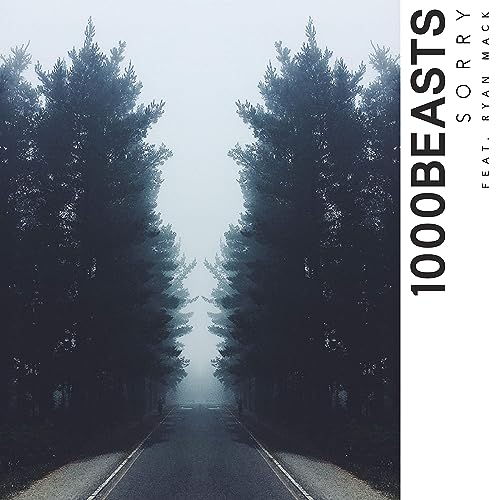 Last year, 1000 Beasts gave me an unexpected earworm with ‘Lord (It’s OK)‘ which had such a silky chorus that holds up even now, and I have a feeling that Sorry is going to to the same thing. Sad, soulful, and soon to be stuck in your head if you let it. 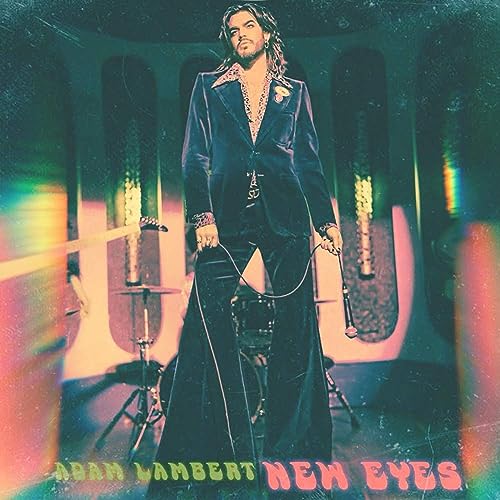 I was just thinking last week that I hadn’t heard anything new from Queen’s stand-in front man for a while, and lo and behold: New Eyes. If Arctic Monkeys decided to cover Slow Hands by Niall Horan, I think it would go a little something like this – from the slow thrum of guitars to the deep, sultry vocal, this is truly divine. 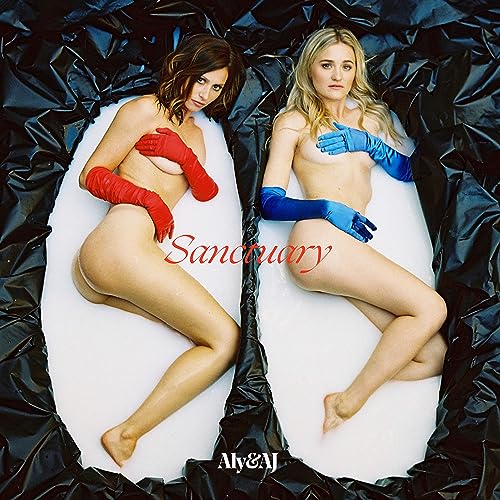 Everything that Aly & AJ have served up from this current EP has been a home-run for the dreamy pop genre they embody, and Star Maps is just another, well, I don’t know how to complete this baseball metaphor, but just know: it’s good. 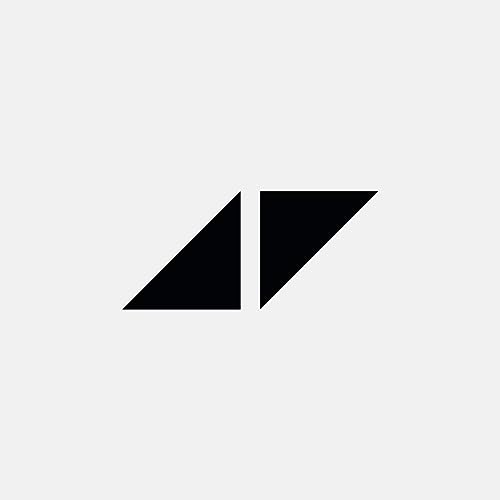 As a former player of a stringed instrument and appreciator of music in general, the intense string section here is so filling. Reminds me of this. 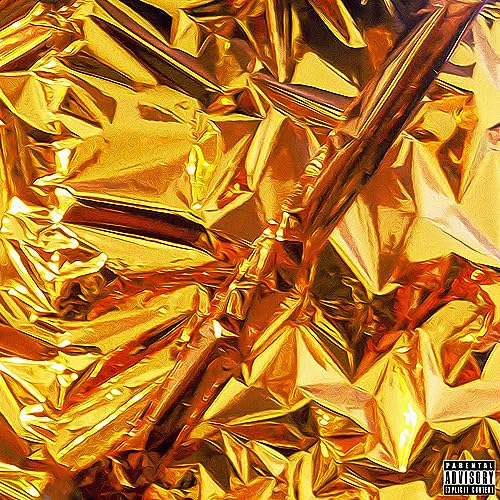 The flow in this song is unstoppable I swear this boy doesn’t breathe. It’s a little bit Rizzle Kicks, with some gospel choir-sounding elements I can’t fault it. The most exciting song from a previously-unknown I’ve heard in ages. 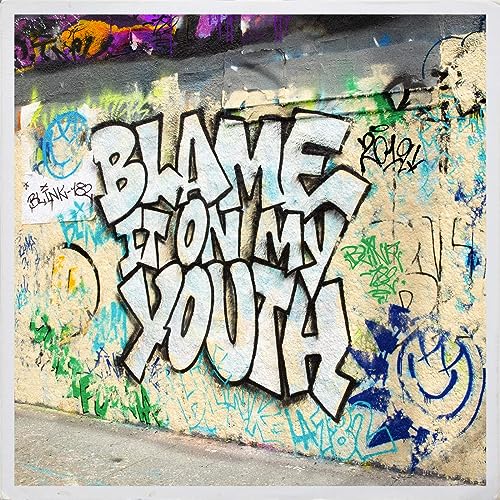 You know, for someone who has never had much interest in blink-182 I can definitely get into this – it’s bouncy and anthemic, and a tiny bit more ‘pop’ than their heyday but not so far removed that it feels inauthentic to them. Th 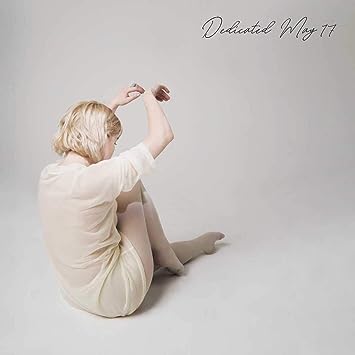 Carly Rae Jepsen – Too Much

Too Much is probably her most commercial of the songs being put out into the run up to her new album which dropped on Friday. It’s very basic pop that could probably have come from just about any of today’s synth-pop girls, but it’s nice and catchy and I can definitely get into it. 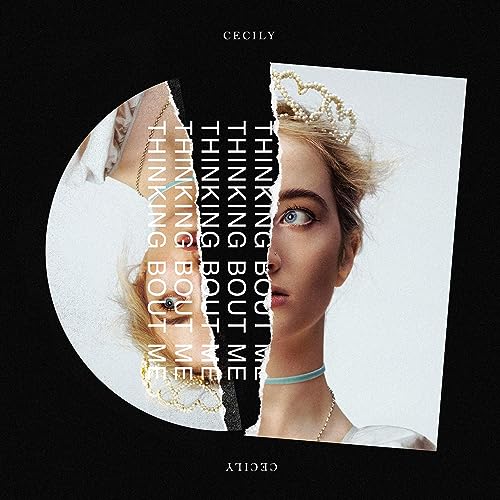 THIS is how you do a debut single. Chorus is so so so strong, the bridge somehow perfectly uses the melody of twinkle twinkle little star, and it’s catchy as hell. Very excited to see what she does next. 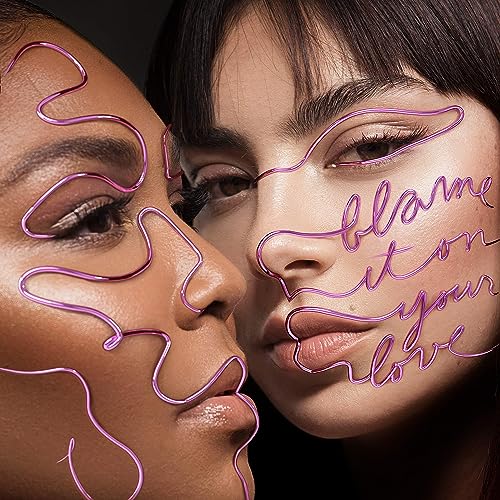 Charli CXC – Blame It On Your Love (feat. Lizzo)

You know, Charli has been so hit miss miss miss for me, I don’t know if it’s just her vocal that I don’t love, I feel like from the lips of someone else so many of her songs would be more palatable, but I have to give it to her and Lizzo on this one. This is so undeniably fun and worthy of your summer playlists. 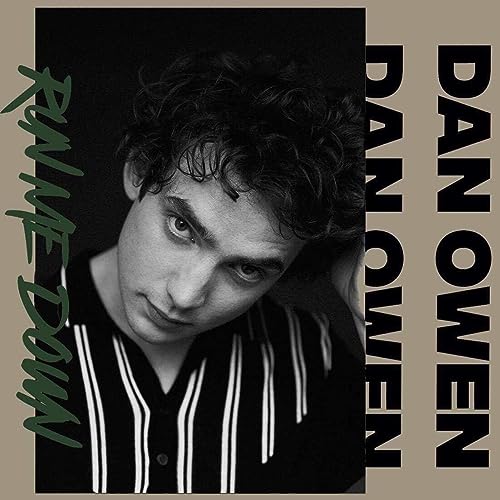 Dan Owen – Run Me Down

At this point I can’t see Owen tossing up something that will really hit home with the commercial masses, but that just means whenever he goes on tour it won’t cost me much and I can bask in his growly vocal and powerful  footstomping, which I think Run Me Down will serve up in spades. A force to be reckoned with. 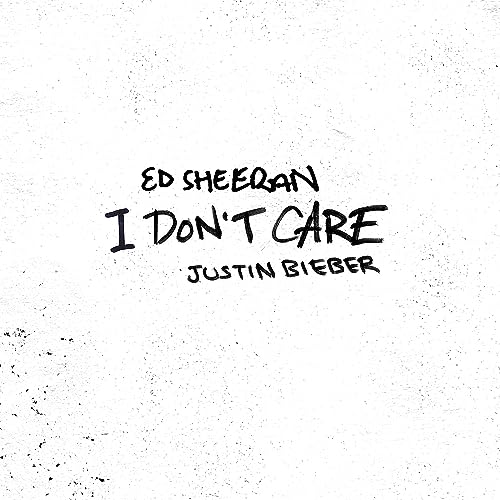 I’m already sick to my tits of this song, I can’t get that “I’m at a party I don’t wanna be at” and the little ‘ooh-ooh-ooh’s out of my brain, and it unfailingly makes me think of Cheryl’s (superior) song-of-the-same-name, but at the same time I absolutely love and cannot get enough of this feel good song in spite of it’s heinously awful video.

girl in red – dead girl in the pool 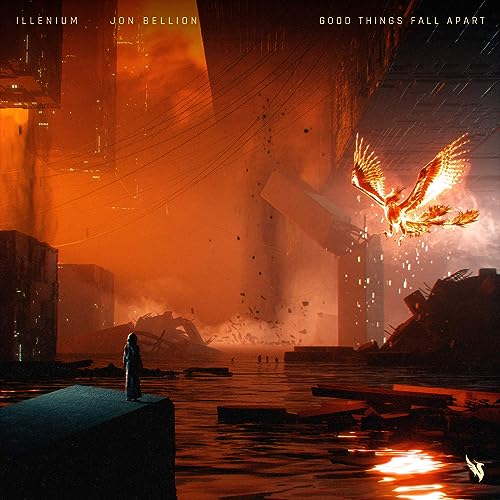 The guitar at the beginning of this song pulled at so many strings of nostalgia, I thought for a second I was listening to Hands Down by Dashboard Confessional (is it a bad time to rewatch One Tree Hill?) and then it slides into something that I’d expect from 5 Seconds of Summer. A well delivered song you can have a powerful cry to. 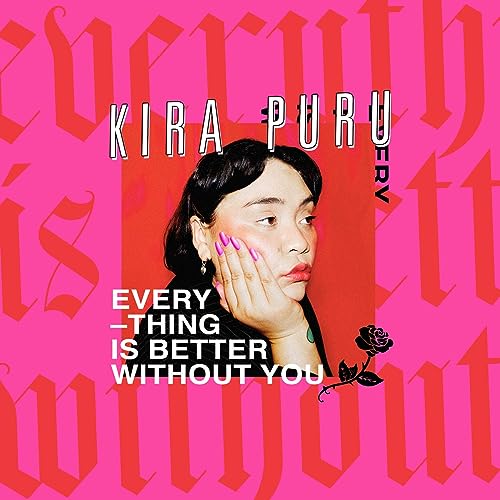 Kira Puru – Everything Is Better Without You

OK so imagine a synthy pop song called ‘Everything Is Better Without You’. Got it? Now listen to this. Just as you expected right?! And isn’t it so good?!! 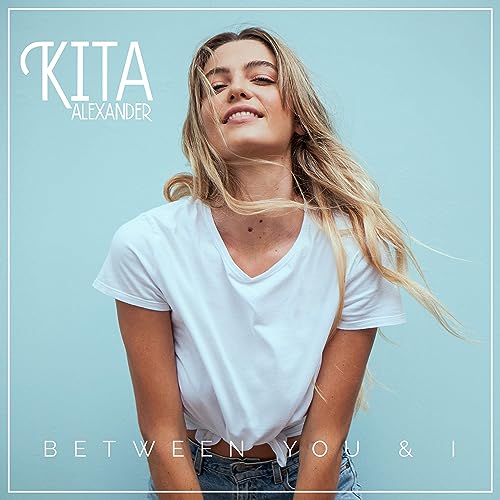 Kita Alexander – Between You & I

There’s a touch of Tears For Fears’ Everybody Wants to Rule the World about this song that I’m really into. It’s so breezy and chilled, it’s got a sweet little melody to it, Alexander sounds so lovely, and whilst it breaks the law at coming in over the 4 minute mark I’ll make an exception in this case. A lovely little tune. 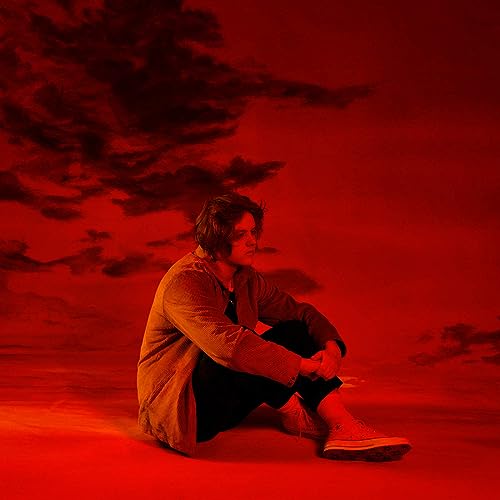 Lewis Capaldi – Don’t Get Me Wrong

I’ve been so excited for this song since I saw him perform it back in November and it does not let down. I mean, we know Lewis Capaldi can sing, but here it really is just him s i n g i n g. I’m sure he’s using a generic melody and rhythm because it’s making me think of so many other songs (Chris Stapleton’s version of Tenessee Whisky, Adele’s One and Only) which puts it in good stead imho. Good for: singing in the shower, singing in the car, singing. Stream Divinely Uninspired to a Hellish Extend on Spotify. 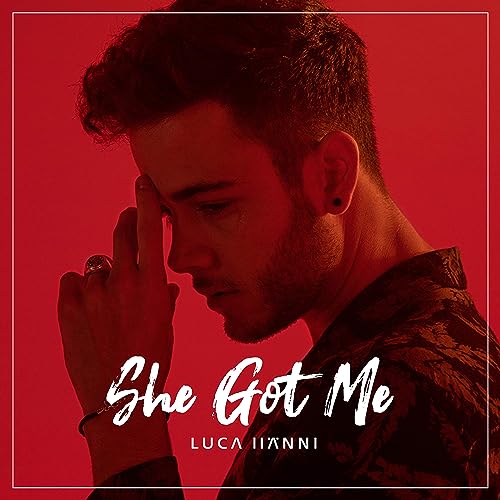 Luca Hänni – She Got Me

The only song from Eurovision 2019 worth listening to. 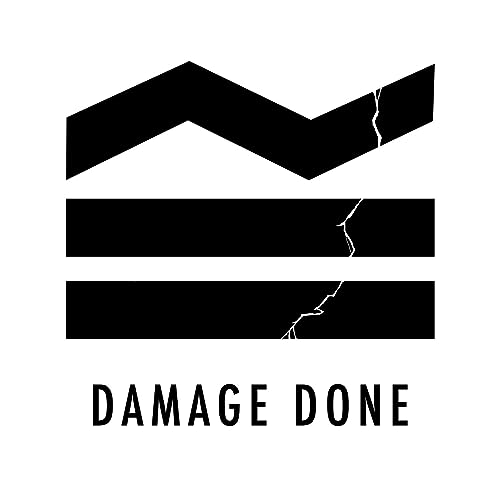 First of all, they’re called Mermaids, not sea girls. Second of all, this is an a n t h e m that deserves to be played at full blast. 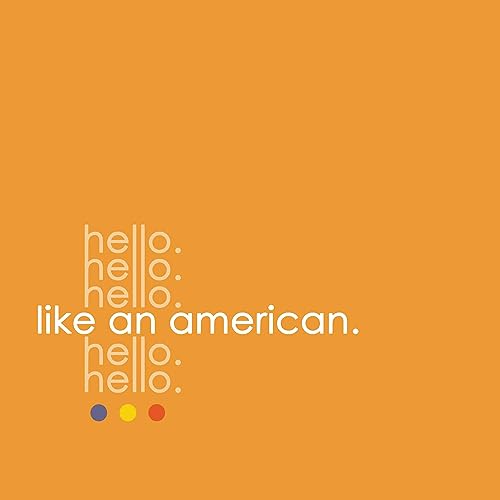 Vistas are such a spirited and I find their lead singer’s vocal so uplifting, like I know this is maybe kinda generic indie-rock but wouldn’t this be a great thing to experience at a festival on a hot summer’s night? 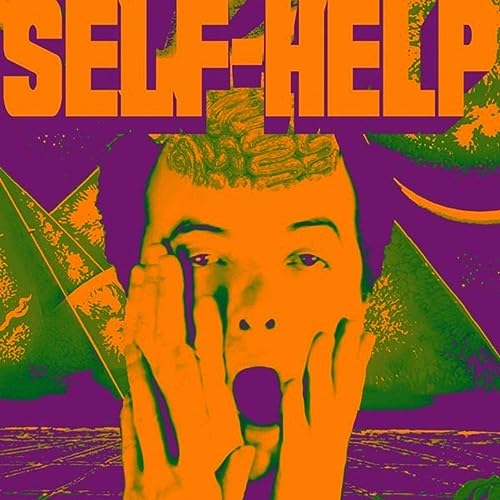 The chorus of this song is so infectious and positive “We! Will! Find! You! We will work it out!” 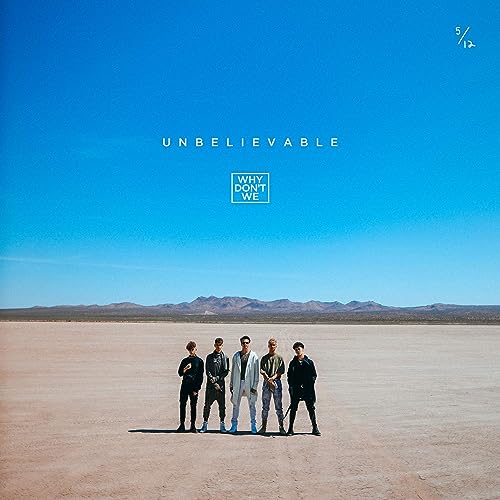 Why Don’t We – Unbelievable

I’m literally out of time and I have to do work but just one last song OK?! I’m really growing on Why Don’t We, even they have a ridiculous name. Very easy listening boyband music, the chorus and the vocal delivery are really slick, looking forward to what’s next from these guys.