I’ll level with you: all I listened to over the weekend was the Jonas Brothers new album because a) it’s everything I could’ve dreamed of and b) I got tickets for their Glasgow show next year and I’m very, very excited about it. So, as much as I planned to have this written up on Sunday because I couldn’t do it yesterday, I just hadn’t listened to any of the other stuff so instead here it is: some hot takes on new songs that I like delivered on a Tuesday evening and spoiler: this has been a truly excellent week for new music from people I haven’t really heard of (and ones that I have too).

Before I get into it, I just want to make a note about how creepiness is, well, creeping its way lyrically at least into pop music. I mean, it’s not exactly new (see: Run For Your Life, Every Breath You Take, ) but it’s very present in a few of the best songs this week including K.Flay’s aggressive demand for friendship, Lost King’s death inspired lyric “Come meet me at our funeral and help me dig our grave” and Swimming Girls, who would rather not go to heaven if you’re gonna be there. Billie Eilish’s influence? I’d say it’s a fair bet.

So here they are: 15 songs I really thoroughly enjoyed and hope you do too! 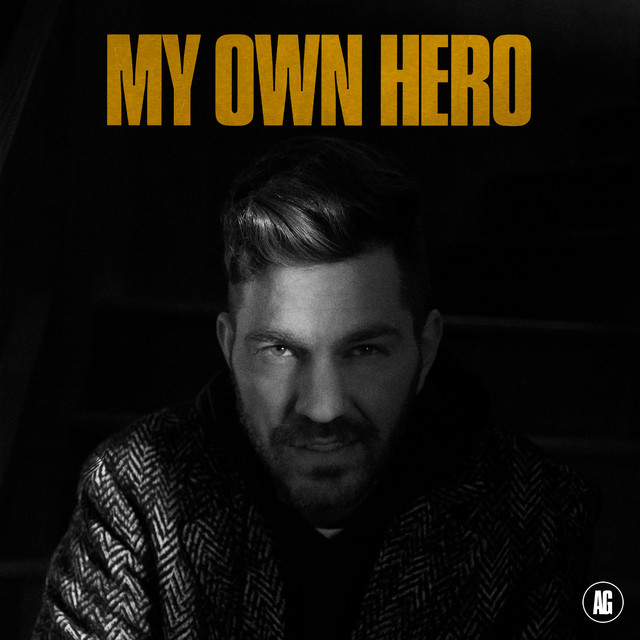 Andy Grammer – My Own Hero

I don’t think I’m supposed to like Andy Grammer – he’s kinda like an American Olly Murs in that he made the questionable shift from cutesy love-and-positivity songs (Fine by Me, Keep Your Head Up) to the kinda-cringey, inauthentic-sounding millenial-dad alt-rock as presented here – and I don’t expect that I’ll listen to this much beyond the end of the week, but there’s something about it that’s really hitting me in the right way, in spite of the creepy, shadowy cover art that is currently gazing out at me from my TV screen. 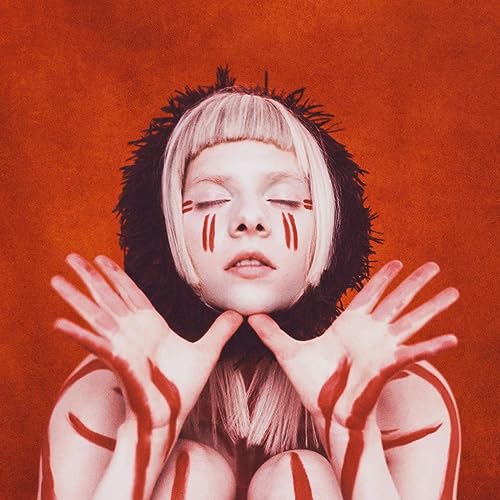 There’s something really captivating about AURORA, I felt it with The Seed and I’m feeling it here on Daydreamer. It’s so perfectly pitched, the chorus is such rush of build that is giving me that running through the night feeling, and the percussion is physically enthralling I felt  inexplicably completely in it from start to end. 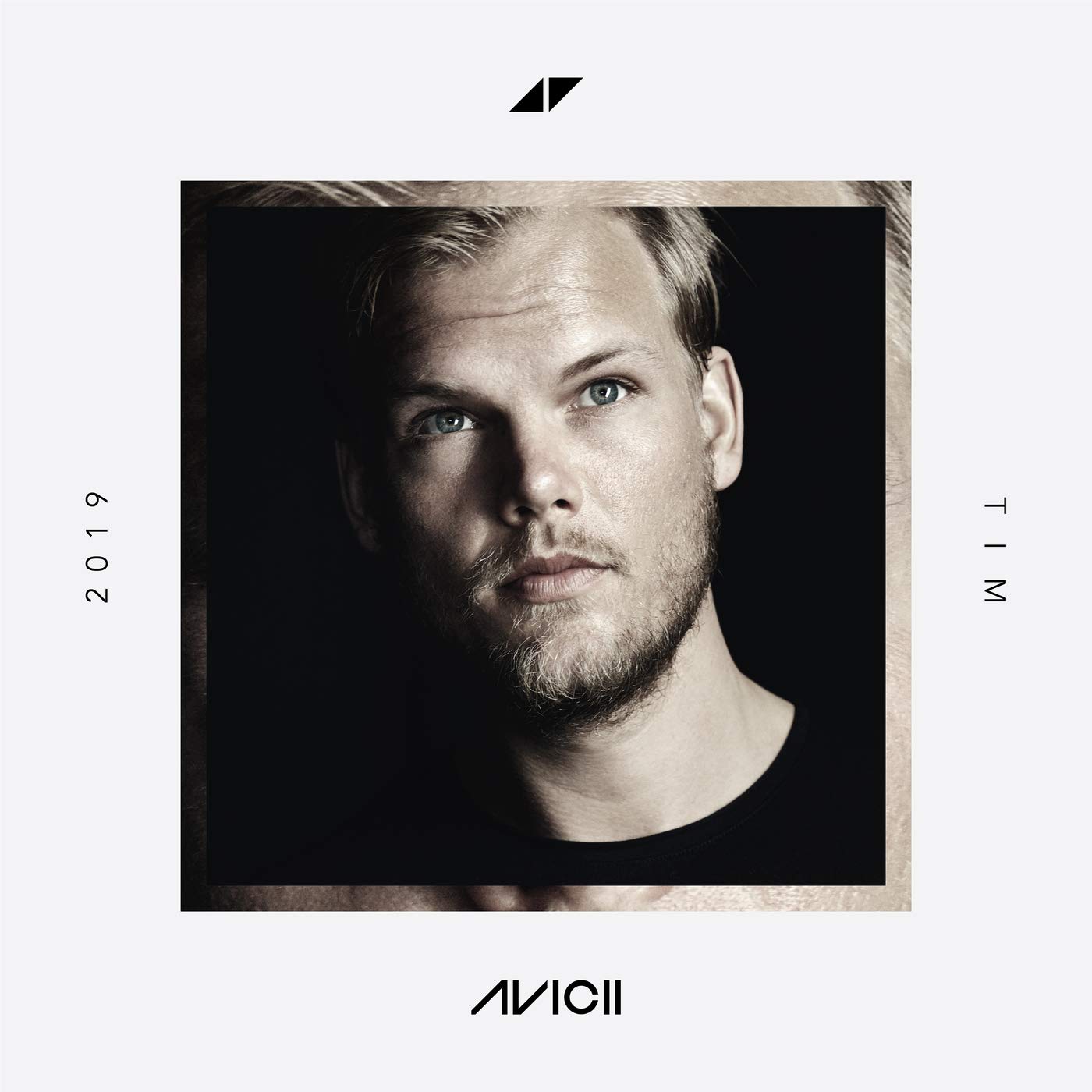 There is too much raw power in this song. Dan Reynolds voice is always so emphatic it’s almost like he’s draining all of his and your energy, and couple that with the super heavy beat-backed cello chorus line it’s making me want to fight I’m so fired up and then oh so suddenly burned out. A real rollercoaster of high-intensity goodness. 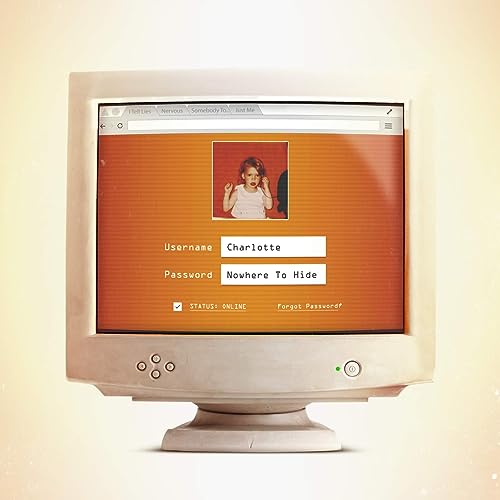 CHARLOTTE – Somebody Told Me

The vocal performance here is so masterful; the way the vocals are layered and overlapping and the sheer range that CHARLOTTE exhibits and the power and emotion with which she exhibits it is so raw and soulful. I am completely and utterly enamoured by this. 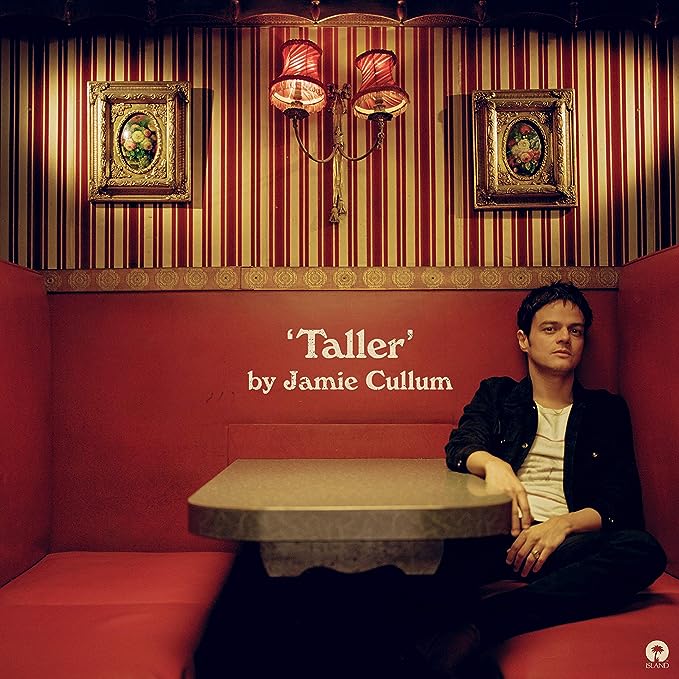 Remember Jamie Cullum? That jazzy-pop singer with a string of cute little hits in the mid 00s? He’s back with a new album after five years and my lord has he still got it. I chucked this into the playlist out of casual curiosity but I wasn’t expecting to be given such a soulful delight. “Sing it boy” was coined for songs like this. 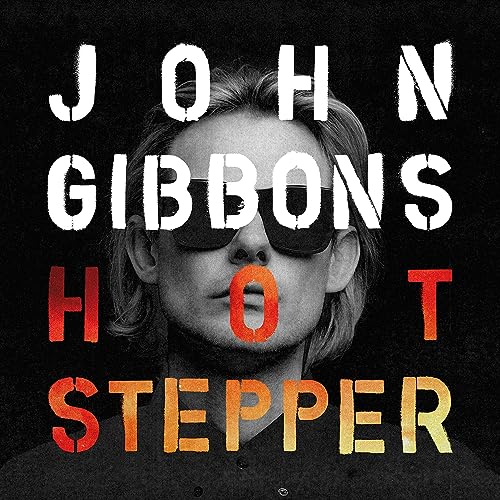 I’m sure I had a Physical Education teacher called John Gibbons. I am already a permanent fan of the sample from Land of 1000 Dances and hearing it in this  fast reggae fusion format had me going from the get go. I feel sweaty just listening to it. 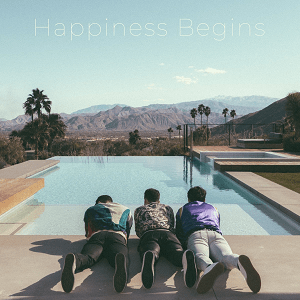 I could’ve probably picked any new song from the new Jonas Brothers album and gushed about it because they’re all excellent, but I had to pick one. There’s just something truly lush about the chorus in I Believe that I cannot get enough of, you can feel the devotion at the heart of this song and it will melt you I swear. 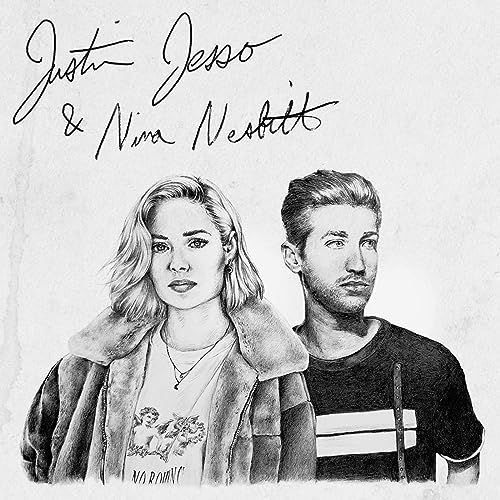 Justin Jesso + Nina Nesbitt – Let it Be Me

This is so perfectly delivered, it’s not often you get a pop duet that is sickeningly good and sweet and this is just it. This is the song. And it’s so of the moment too, y’know, not too much a focus on big big big vocals, just a clear cut and believable love song. Bueno. 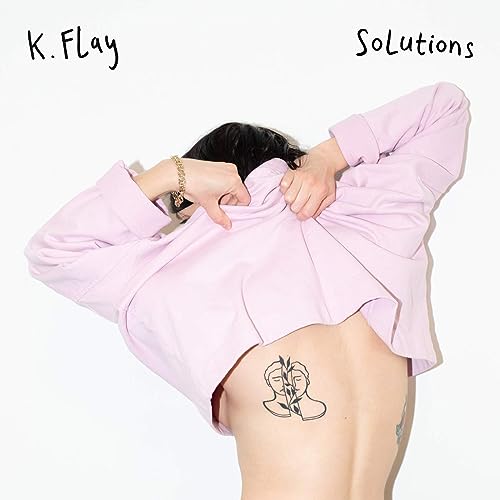 I really love how demanding this song is, like I don’t know if it’s meant to come across that way, but when it goes from her being like “Everything you know I wanna know/Talk about our secrets till the morning comes/then you let me try on all your clothes/Even when you’re saying that you hate me/I know that the feeling isn’t true/If you killed somebody/No, I wouldn’t tell nobody on you” and then she’s like “I WANNA BE YOUR SISTER DO YOU WANT TO BE MINE?!!!” it’s so commanding and I’m sure meant to be heartfelt but it’s just so like “if you don’t say you’ll be my sister I’ll fuck you up” and I kinda live for it. 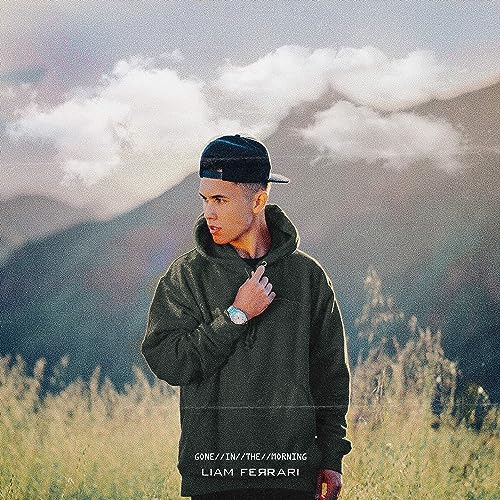 Liam Ferrari – Gone in the Morning

I don’t know if I’ll ever really be able to take someone who is amazingly actually called Liam Ferrari at all seriously, but this is indisputably a very nice middle of the road pop-boy music that would easily pass as a top 20 hit for someone like the Chainsmokers, so if I look past the silly name I reckon I could come to appreciate this. 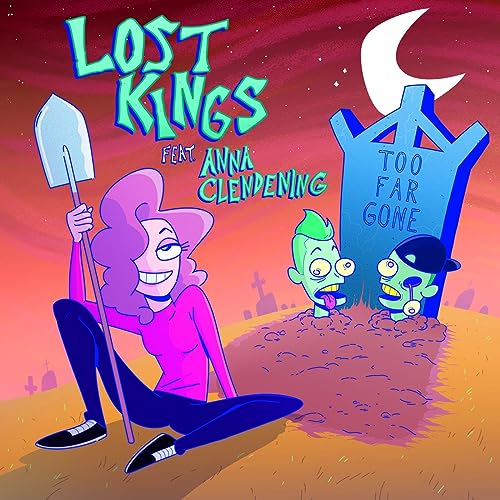 I’m getting a very Halsey or Hailey Steinfeld vibe from this which is good I guess, but the real shining star is the line “Come meet me at our funeral and help me dig our grave” which is possibly my favourite hook-lyric of 2019, or at least of the ones that come to mind. 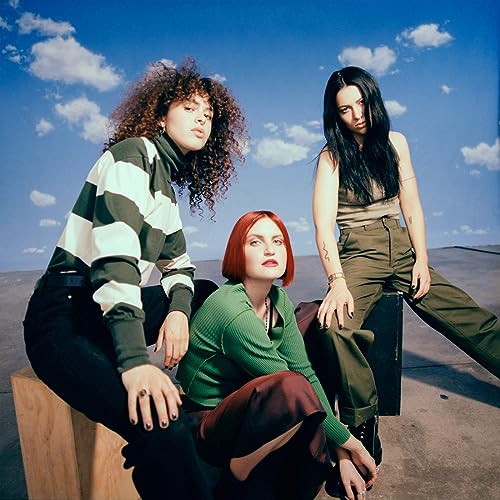 I get literal shivers and all my hairs stand on end whenever this comes on I swear. The heavy bass is so powerful and exciting, MUNA really are that band, what a way to kick off their sophmore album. The adult-teenage angst here is so punchy and danceable and just completely unstoppable, the lyrics “So I heard the bad news/nobody likes me and I’m gonna die alone in my bedroom” are almost a mere bonus. I can already feel myself writing my re-review in my end-of-year roundup. 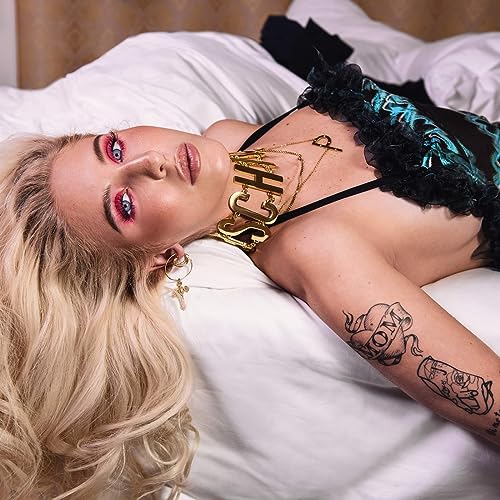 This is so infecitous. It’s kinda Avril-Lavigne-esque, and I don’t know where the number 27 was plucked from but it’s superfluous to know why really because this is just a solidly good pop song. 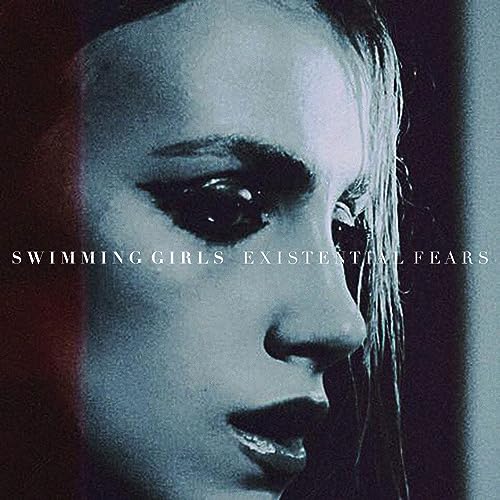 Swimming Girls – I Don’t Wanna Get To Heaven

To sing in a real life song “I don’t wanna get to heaven, no/If I know that you’re gonna be there” is such a sick burn I can only imagine the subject feels like their in hell. Oh, and it goes off as a song pretty well too. 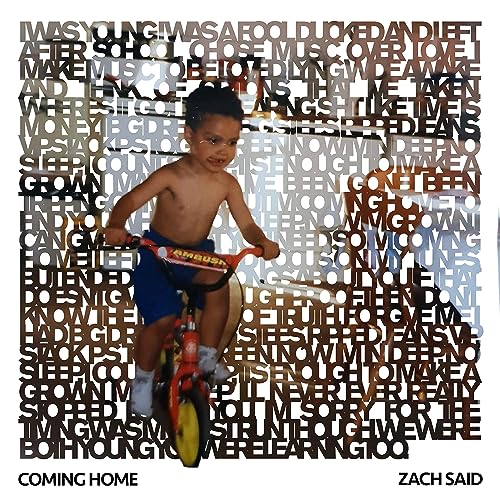 This makes me feel good. Said’s vocal is so pretty and nice and I’ll admit I’ve not listened to this as much as the others because of alphabetical heirarchy but this is definitely a really good summery good time track. Very special and I look forward to listening to it more.