Skip to content
Posted on June 25, 2019 by Iain Posted in New Music Mondays

Yes it’s Tuesday, yes this is a double feature, and yes I have so little energy for it right now, but I am under my own obligation to recommend some new music for you and so here I am, pumping out reviews about another 22 songs that came out over the past two weeks. I might be a little short on words because I’ve been on holiday and on deadline and haven’t given all of these the due they need to write a full on review, but I’ll do my best and you just, y’know, listen to the songs and support these artists, ok? Ok.

What a short preamble, how nice. Here are my reviews! 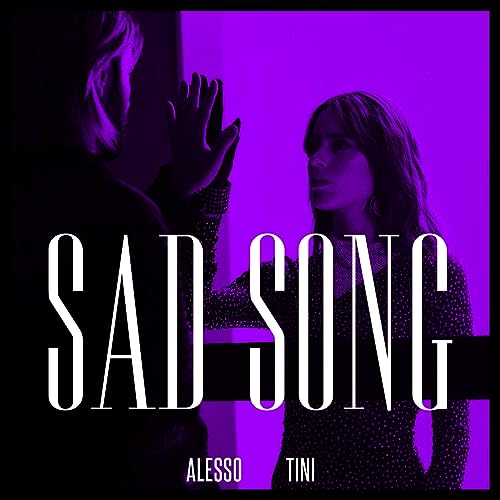 TINI keeps singing “you’re singing a sad song but you make it sound happy” and it’s layers and layers of meta self referential bullshit that is making my head spin and the sound goes off  so get it on full blast. 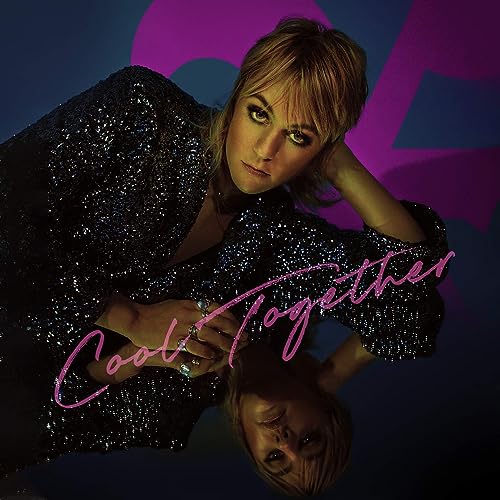 In the spirit of Pride month here is sadpop bisexual anthem about accidentally meeting a girl at a party when you’re there with your boyfriend. The hook is hella hooky, maybe a little 2017, but it’s an undeniably good pop song. 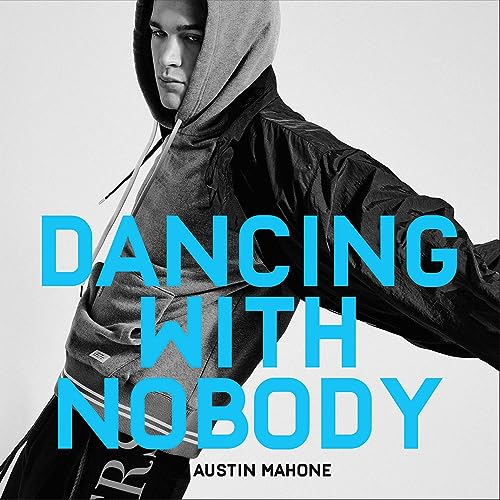 Austin Mahone – Dancing With Nobody

The hook has got that same feel good beat that I’m pretty sure was lifted directly from Jason Derulo’s Want To Want Me which frankly is more than enough I need to say to convince you to listen to this. I was going to say that’s 2/2 hits in 2019 for Mahone but I have also JUST discovered I missed him releasing a song called Anxious so I must now amend that to 3/3 hits for Austin Mahone in 2019. 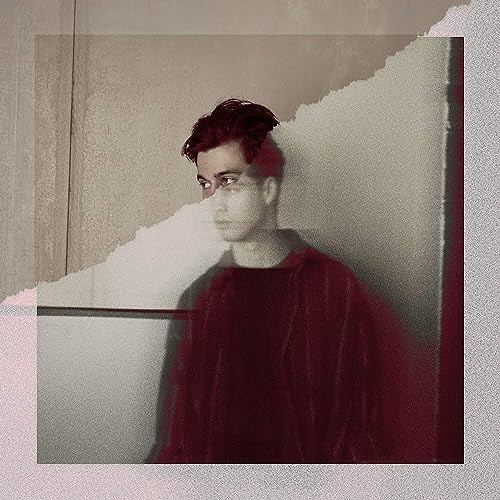 The beginning of this sounds like an old Imagine Dragons song and so obviously this is for me. Sure, it’s a little cheesy, just look at this chorus: “So if you wanna be my lady/If you wanna be my baby/If you wanna be my girl/You know my heart is always open/Every part of me keeps hoping/That you’ll let me inside your world/But how’d you know/That baby you’re the one I never forgot?” it’s so pure and cute and nice how could you not like this breezy little guitar-led love song just a little? 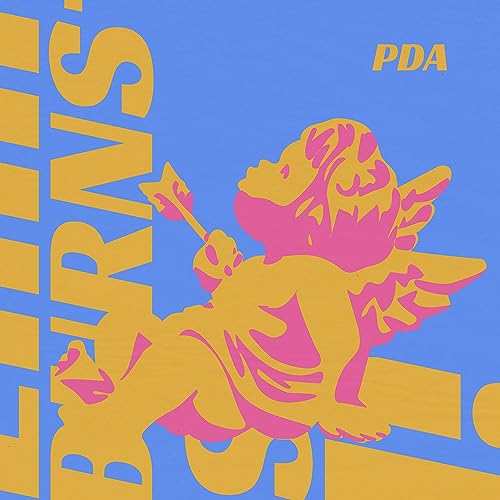 Emily Burns – PDA/Ahead of Yourself

I swear I’ll stop banging on about Emily Burns one day, and that will probably be when one or the other of us dies. She dropped a little EP on Friday and I couldn’t choose between the two new songs on it – PDA, a clickable little song about investing hard in a relationship in a very public way only to have it blow up in your face; and Ahead of Yourself, showing how that past experience of an intense relationship makes you weary of doing it again – that both turn a little heartbreak into upbeat, catchy as hell pop songs, so please, do Burns the courtesy of spinning them both. And then spin them again. And again. 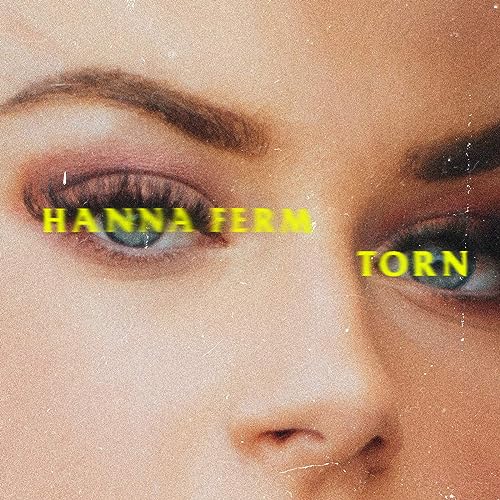 Did you need an excellent modernised cover of Natalie Imbruglia’s Torn? Cos I certainly did and here it fuckin is thank you Hanna Ferne. 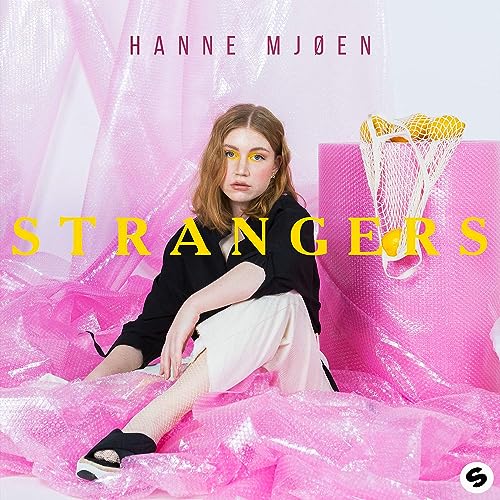 Are you sick of these virtually-unknown pop girls whose songs I keep peddling to you week in week out? Well tell them to stop putting out pop bangers then. Strangers is a slow starter that lures you in and then BAM there’s the explosive chorus. Think Kylie Minogue. 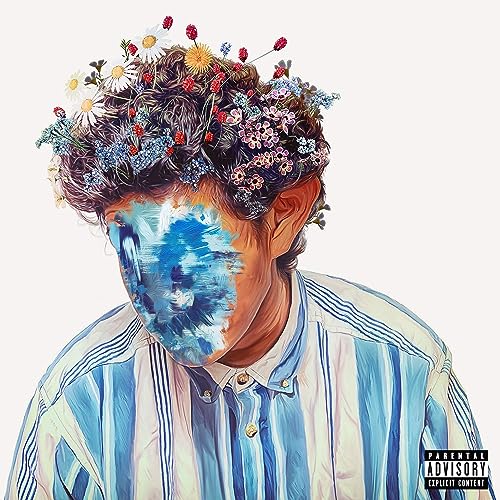 This song is so loud and angry and the lyrics punch you right in the face: ” it’s the… Typical story where the bassist kills the singer the guitarist and the drummer find they’re in love with each other It’s the story of the kid who clearly won’t know what to say” it’s so fast and good and suddenly I’M YELLING! 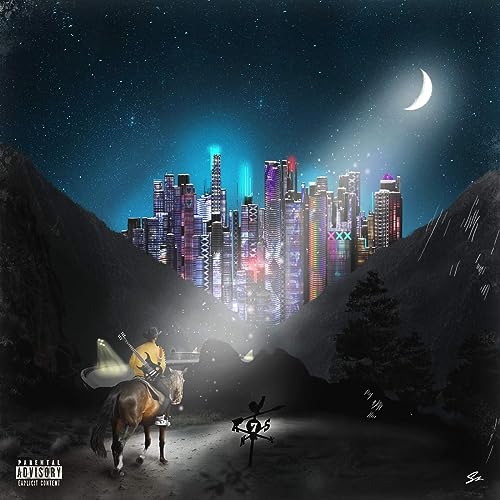 I, like much of the rest of the world, am kinda obsessed with Lil Nas X (Old Town Road is undeniable and also read this Teen Vogue cover story about him). His story is so great, and he’s more than just an internet star, like you know he really knows the game he’s playing and he’s playing it so well. The teasers for both tracks I picked out from his EP 7 were so good and internet-culture friendly. Panini has some of the dumbest lyrics, I mean it’s literally called Panini ffs and even though it’s not the sort of thing I would typically listen to the way he sold it to me was so strong. And Rodeo is so deep and dark sounding his voice is so great and bringing Cardi B into it is just inspired. I live for Lil Nas X. 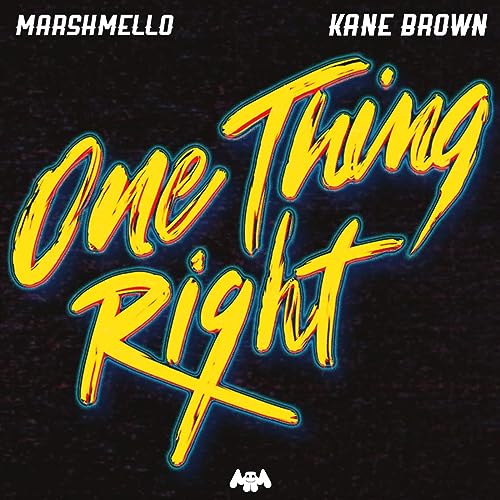 Deep vocals and dance tracks were long ago a proven success by Right Said Fred, and EDM-Country mixes aren’t anything new (see Hey Brother and The Middle) but something about them really just works doesn’t it? Marshmello really is the Producer/DJ of the moment (no.9 most listened to artist on Spotify in the world right now) and I expect this will do equally as well as his last few singles. 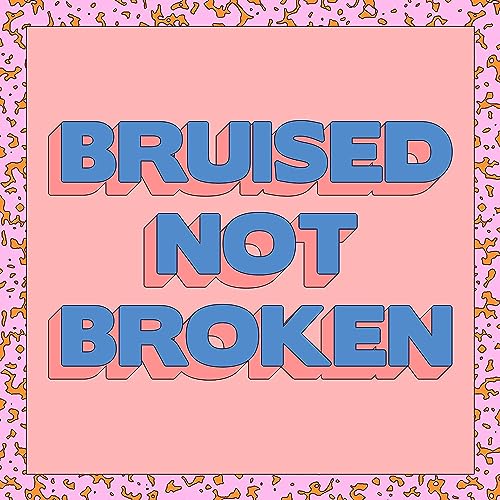 This goes off. The chorus is excellent and MNEK sounds fantastic. A real danceable treat. 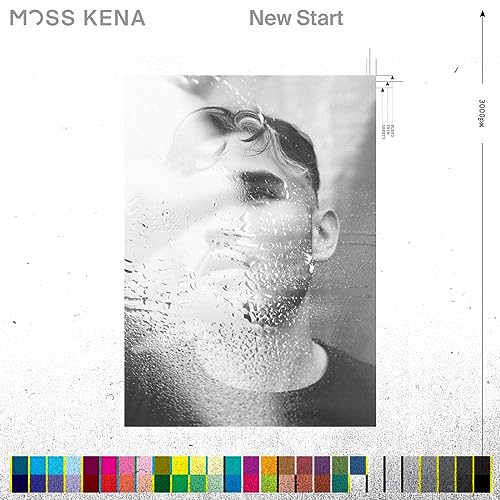 The vocals on this are just divine. I knew that Kena had a voice on him and he’s really showcasing the range of it here that just builds and builds and builds. Soulful and soaring and highly singable. 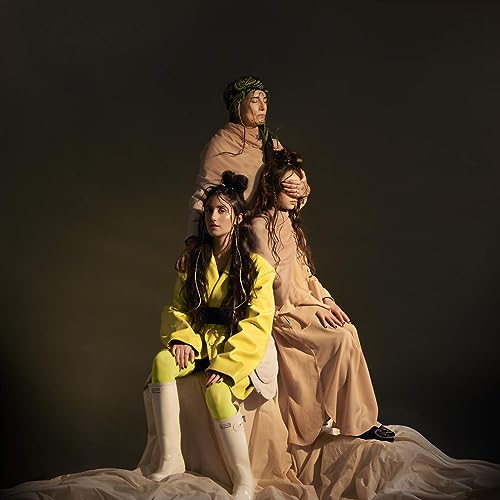 Everybody and their mum’s are lauding Naaz on my timeline and I reckon she will probably go the way of Christine and the Queens for me with all the critical acclaim that I can’t get my head around, but I do think that TAPED has a cool hook, it’s all raw and desperate so here I am, telling you to give it a try and maybe I’ll give it some more tries and be ready to stan Naaz real hard with her next release. 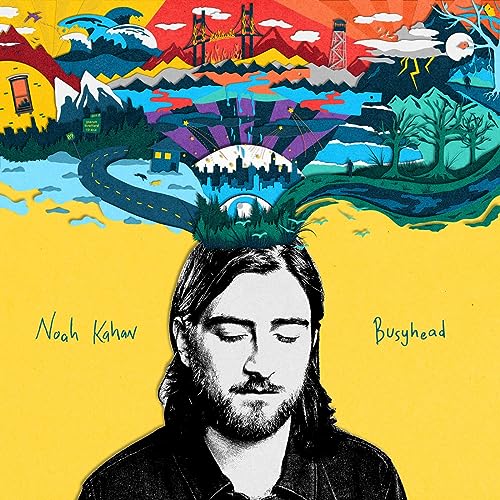 If you like good boys and guitars doing acousticy songs then listen to this. Very into the “oh-oh-oh” portion of this song. 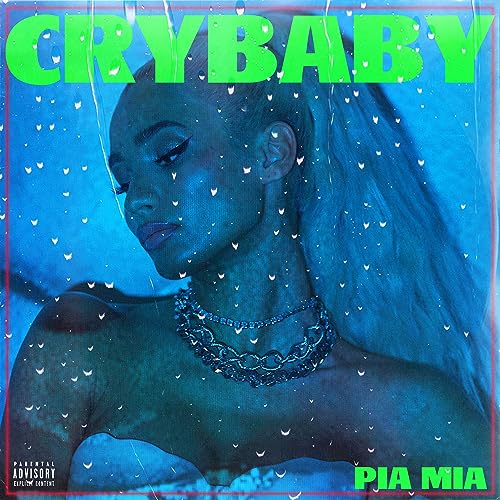 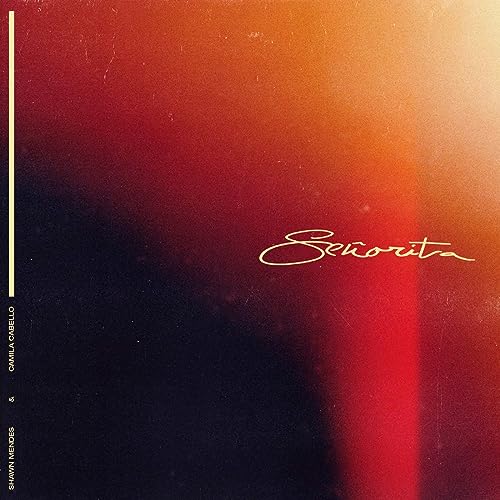 I’m going to be hearing this on Radio 1 for months aren’t I? It’s inoffensive and kind of charming and soon to be annoying as hell so either avoid it or get the plays in now before it destroys your soul. 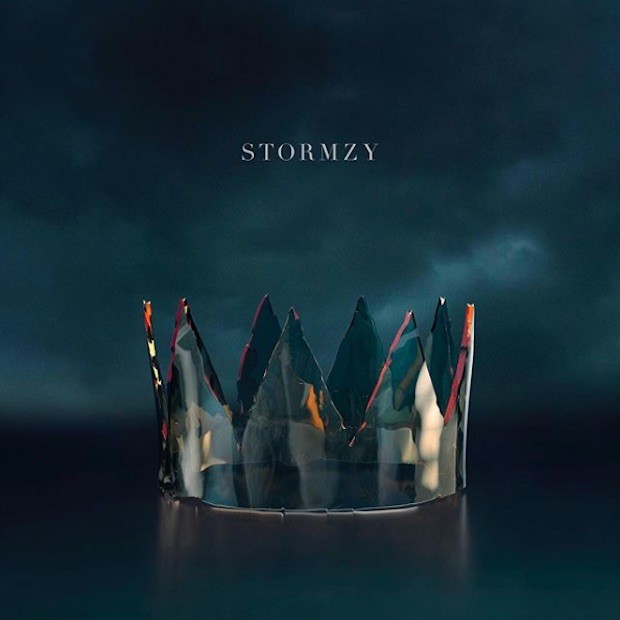 I’m pretty sure the excellent Vossi Bop which I so rudely passed over on it’s time of release is the only song Radio 1 plays, so I’m fully expecting them to switch it out with Crown which is a very worthy successor. Someone better than me can tell you why this is good, maybe that’s you, maybe you can listen to it and tell me. I just know that I like it. 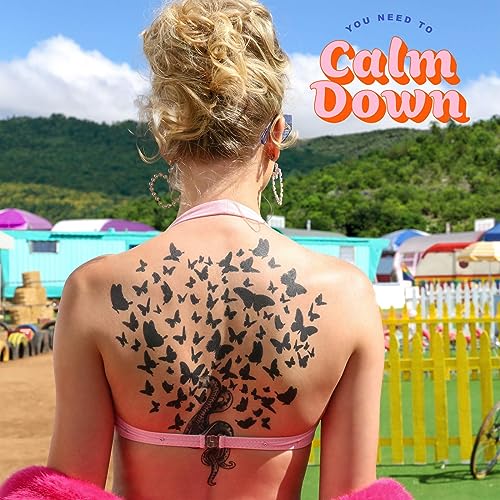 Taylor Swift – You Need To Calm Down

I’m not getting into that heinous video (for a nuanced take see this story from the Independent) or those lyrics, all I’m going to say is that I’ve had this in my head for almost two weeks now: it was well intentioned, all visibility is good visibility, and it’s a verified bop. 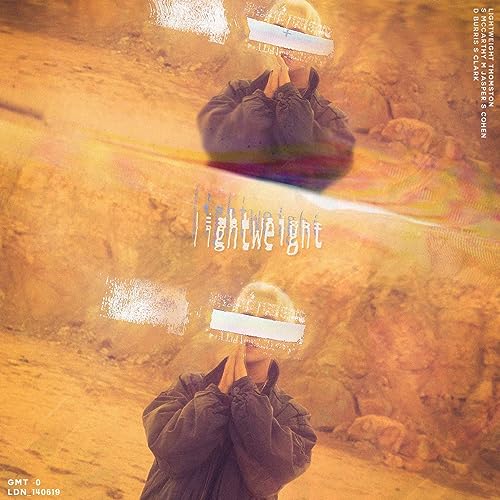 I’ve run out of words and I just want this post to be over and done with, so just listen to this one for me, ok? It’s a good un. 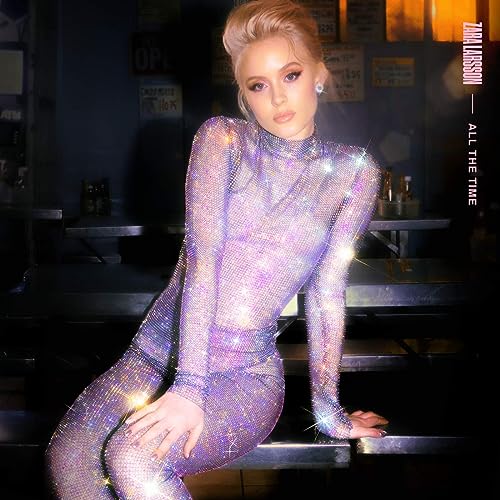 Zara Larsson – All the Time

I can’t be mad that the chart performance of Zara Larsson’s new singles has been one of pop’s biggest injustices of the past decade because I haven’t purchased a song in… a long time. On the plus side, maybe Zara Larsson tickets won’t be bleeding me dry by playing the Hydro, so there’s always that. Another knockout and kinda Carly-Rae-Jepson-y. Stream All The Time on your preferred music listening platform.