Hello! It’s your semi-regular Monday new music service, coming at you from the makeshift desk in my recently reorganised bedroom. I’ve got 13 songs lined up for you this week, coming it at 43 minutes of listening time which is just about manageable I reckon. Some big names, some medium names, and a smattering of small names with weird typography, I hope you find something you like. But first, a lil ramble:

Whenever I’m choosing songs for this weekly roundup I usually just blast through the small stack of new music friday playlists that I follow and pick out the reliable or familiar names I know, and listen for exciting snippets of melodies from those I don’t, give em a listen and cut it down to the ones I genuinely like. It’s a haphazard system, and I don’t know that it’s the most thorough or fair, but you try it week on week and if you come up with a better way, then I’m all ears!

If you’ve been following this blog for any length of time, you’ll probably have gained some insight into the kinda music I listen to: pop heavy, commercially friendly, some random outliers but generally quite accessible. It’s hard, then, when I come across a song where I hear something that I know is good, but I also know I don’t have the context or vocabulary to talk about it properly.

I had one of those moments this week that where a song came on and I was really getting into the feel of it, but in the back of my mind there was a little question mark over whether or not I’m actually allowed to enjoy it and talk about it. I’m definitely being a bit overcautious when I say this, but as we exist in a time where every word and action is liable to microscopic scrutiny, when you hear something in a genre that you’re not that familiar with (save for those commercially-accessible hits) and you know there are underlying political/moral/cultural aspects to it then it’s intimidating to talk about. I don’t feel that equipped to talk about rap or grime or dance or country or classical, so for the most part I’m staying in my lane.

I’d like to know more about them and how to write about them with some context, but I’ve just not taken the time, and consuming the music I do at the volume that I do it’s overwhelming to consider trying to understand a whole genre of music without taking a month of from doing this lil blog of mine. I hope to remedy that soon and bring you something different in my recommendations, but until then, here are 13 pop or pop-adjacent tunes for you to enjoy. 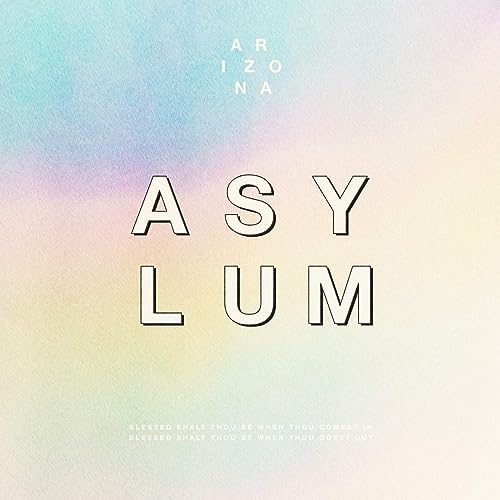 This is a mess of sad (“Sometimes I can’t tell if anybody even really likes me/I shouldn’t care but I still do and that’s a little frightening”) and bad (Cause I smoke when/When I drink/and I drink/when I think) lyrics but that chorus is as persuasively catchy as anything you’ve ever heard from their EDM peers, so give this any air time and you’ll be singing that chorus of oh-oh-oh-ohs in your dreams. I don’t know if I like it, but I definitely won’t forget it any time soon. 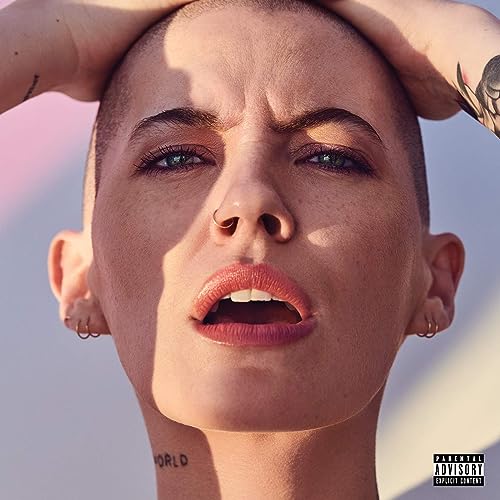 This song is so full and in your face. It has a a great progression and sounds like the lovechild of billie eilish and Florence Welch: organ-backed vocal intro, dipping into an electric-guitar laden verse, that whispery eilish-trademark prechorus that could be the iconic teen herself, into a bass-heavy chorus. Demands repeat plays.

Best bit: That piano melody in the chorus 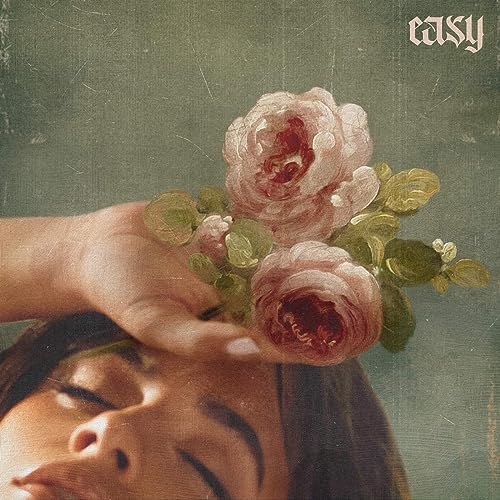 A softer version of Never Be The Same from her last album: similar melodic beginning, bit less of a chorus, a bit more heart to it in how it draws attention to her specific insecurities, a solid track from Cabello.

Best bit: isn’t it nice to imagine this reassurance coming from Shawn Mendes? Or at least, it would have been until you saw that kissing video they did. Yikes. 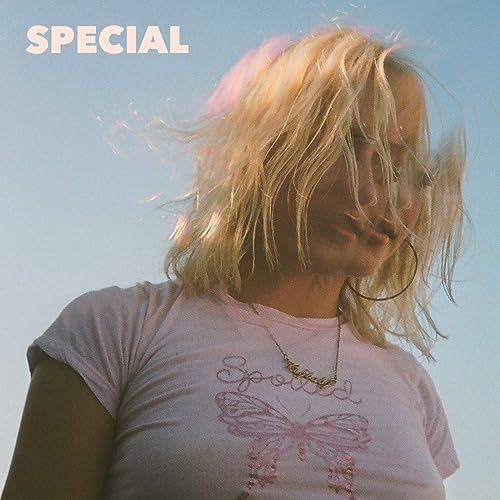 This track is painfully self-aware in how uncool it is that it comes full circle and ends up actually being a bit cool. It’s a fairly breezy affair music wise, and the reiteration of how ‘Special’ the song’s subjects are over and over is almost nauseating to listen to in its repetition, but it really works.

Best bit: “All my friends go to art school” is such a cutting lyric 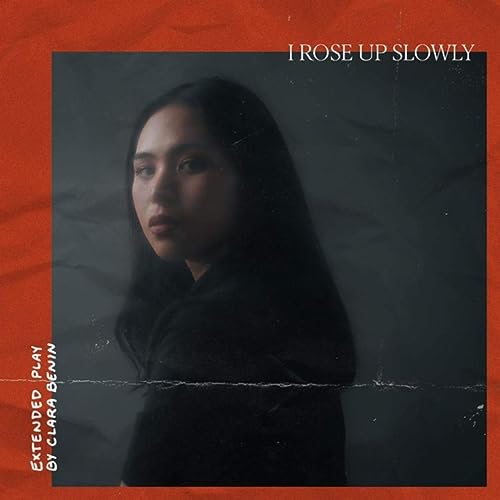 Clara Benin – I Rose Up Slowly

This is so so gentle and full of such gentle-sounding (I woke up on the floor/Just staring at the ceiling), ennui-conjuring (My arms are all worn now/From trying to reach the sky), lyrics. It just took me when I listened to it what else can I say? 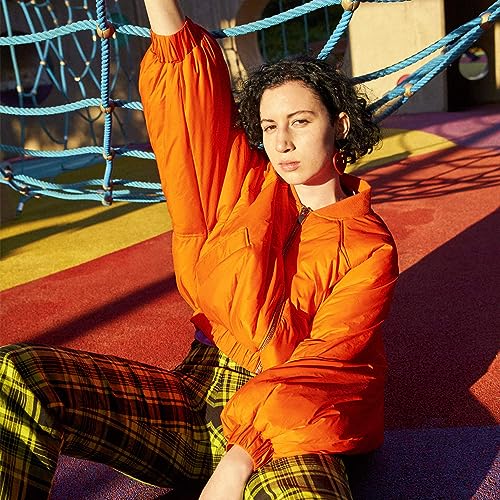 The opening guitar melody is so simple and familiar, and E^ST a.k.a. Mel Bester’s vocal is super gentle, but what really got me about this track, and the reason it’s my song of the week, is that I was expecting a big yelly chorus and I got the exact opposite. Maybe it’s more a testament to my cynical expectations of pop, maybe your anticipation for what was coming is more tuned in than mine, but I got that electricity when her breathy vocal slipped into a Robyn or Rae-Jepson-worthy chorus. There are some sweet indie-electronica conjunctions, some cool lyrics that could come off poorly but are delivered with an expert touch (I’m already stoned, you’re getting me higher/Little do you know you’re setting me on fire) and a sense of homage to people whose name I cannot conjure. Excellent.

Best bit: That chorus is too good and too short

The One Direction boys really are covering the entire pop-adjacent spectrum with their  output, it’s quite refreshing to watch them not all peddling the same pop-friendly junk many of their boyband-escaping predecessors have lunged into. It took me a couple of goes at this, and I only persevered because I obviously kinda fancy Harry Styles, but I have definitely come around to it. It’s a lot softer than I was expecting, and falls somewhere between ethereal David Bowie and his former bandmate Niall’s guitar-pop on the sound-spectrum, it doesn’t fit anywhere in my playlists, and a lot of the bits in it don’t even really fit together, but there are so many good parts that I can’t stop listening to it.

I can only assume Travis Barker has guided Arthur into the rock-ier sound for this track – it feels a bit like he’s doing a cover of a Blink-182 or Fall Out Boy from the mid 00s, and it’s maybe a bit too dark(?)-sounding for me, but it’s an fascinating listen, and I had forgotten that Arthur is a reasonably competent rapper for someone who found fame on the X-Factor.

Best bit: Gotta give it to that rap bridge I guess 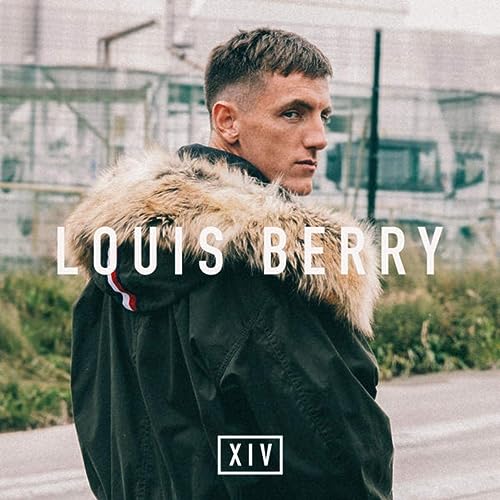 A blend of high-school band guitar and kooks-style vocals, Molly Malone is a cheery, charming take-me-back tune that is going to give a little lift to my current playlist when it comes on shuffle in the next few weeks. 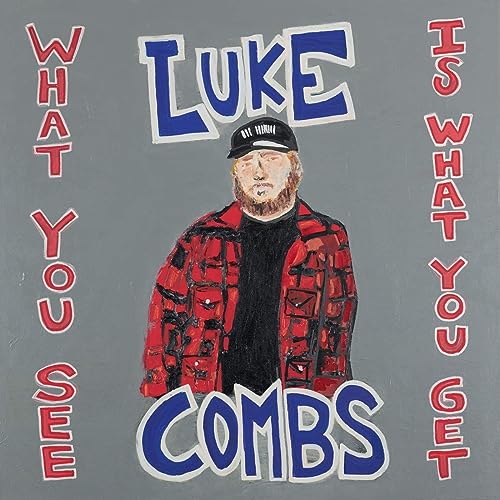 Luke Combs – What You See Is What You Get

It’s probably because I watched that Hugh Grant and Sarah Jessica Parker film It’s Complicated the other day that I’m feeling warm to the straight-shootin, beer-drinkin, rule-breakin, mid-nightin, back-slidin, getaway-car driving country boy that Combs proffers to be in this stupidly catchy bro-country. If this does to me what Thomas Rhett’s Look What God Gave Her did to me earlier this year, expect me next blog to come at you from Nashville, Tennessee.

Best bit: those rhymes are too cliché it hurts me in a good way 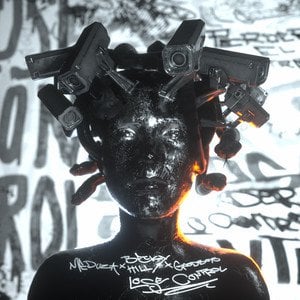 The melody at the drop is so painfully like a song that already came out this year that no amount of throat-singing into my Shazam app has been able to discern, but as I said the other week about Becky Hill, she’s such a killer vocalist for the EDM genre that I would listen to her do just about anything no matter how out of my usual comfort zone it is. A banger. 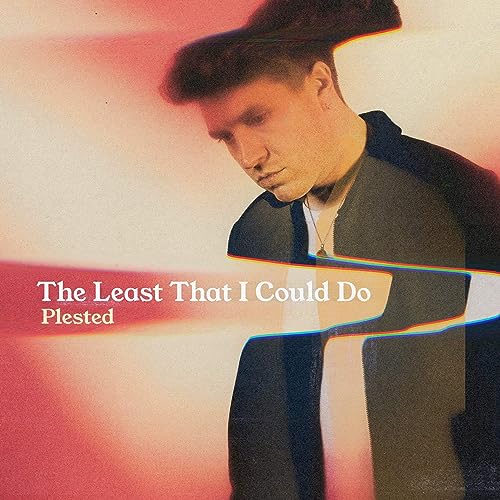 Plested – The Least That I Could Do

I did a little googling about the aforementioned Plested, and it turns out he’s been in the writers room when some big tunes (John Newman’s Fire In Me, Lewis Capaldi’s Hollywood, and Little Mixes’ Touch) and I think you can tell from The Least That I Could Do that he has a bit of sense about how to put together a pop song. It’s got a nice guitar line, a few ‘clever’ lyrics (I’d go out to ride with a gun/If you give me a shot) and a solid delivery on the final chorus. Maybe he’ll be like a male Julia Micheals?

Best bit: the gap transition from the chorus into the verse 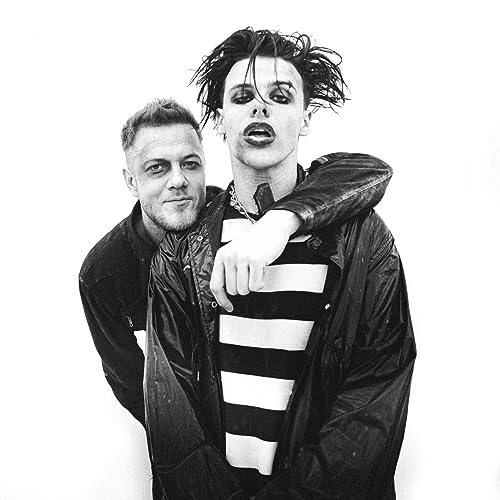 I think I’m too old to understand the appeal of YUNGBLOOD, to me he’s a mesh of the Arctic Monkeys and My Chemical Romance, which doesn’t work for my ageing ears. BUT I now cannot sing the opening to Senorita without putting on his Northern accent after that live lounge he did, and I fuckin love Dan Reynlods, so I’m giving this angsty alt rock tune two thumbs up – who knows, this might be my point of access?