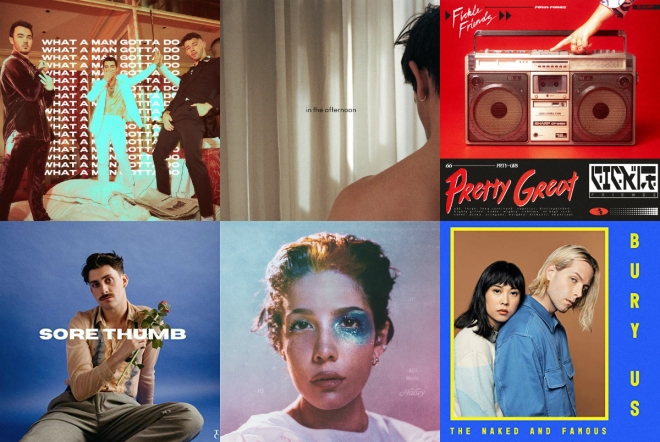 I need to apologise in advance for there being so many songs this week – 24 of them to be exact – I really did try to cut the list down but there’s something about every single one of these songs that deserves your listening time, and these good artists have taken the time to create their mini-masterpieces for us to enjoy and we should indulge them, no?

Some names you probably recognise this week – Jonas Brothers with a new single, Halsey with her highly anticipated album, Eminem with his surprise album – some you probably don’t, and one entry from one the most promising artists for 2020, Tim Chadwick.

Two last plugs: one for the songs from last week – the Alicia Keys, Becky Hill, Conan Grey, and Halsey tracks are all definitely definitely definitely worth a listen. And I wrote a short post about the perfect running playlist, which may or may not interest you.

Also, one housekeeping note: I’ve decided to drop the #3 numbering system because it’s only really serving as a mark of self-completion for my own benefit. I’ll keep it on the associated playlists just to keep myself organised, but it feels unnecessary.

Here they are: 24 songs for you (sorry) to give a lil spin and improve your week tenfold. 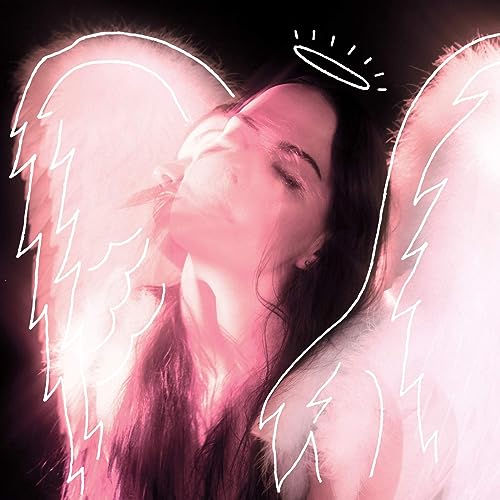 blackbear – me & ur ghost

blackbear, the 67th most listened to artist on Spotify in the world, has completely eluded me up until now. He’s a tattoo-covered skinny white boy of that sadboy trap-pop genre that Post Malone inhabits which I don’t -fully- get beyond the simple-hooked songs like me & ur ghost. It’s inoffensively repetitive, basic and a bit dumb – that’ll be me incarnated into a song then. 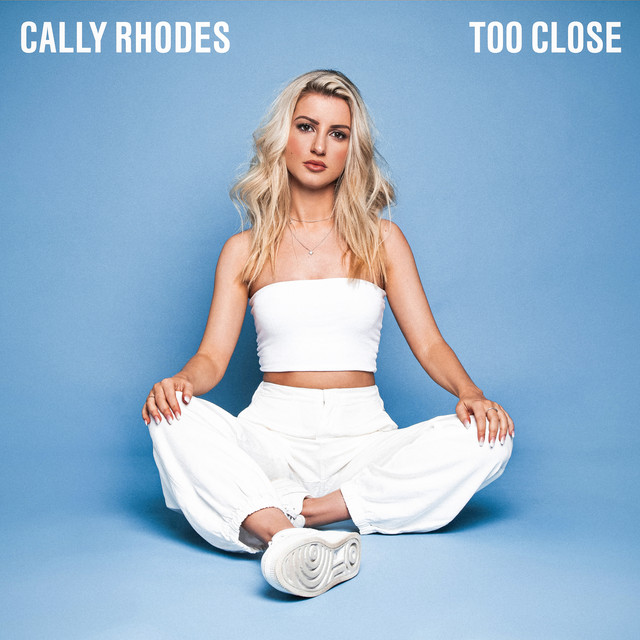 I know what you’re thinking – you’ve heard this song before somewhere. Well, you have and you haven’t. Every other week some pop girl rehashes this same formulaic pop tune (it’s closest incarnation to my min is Liv Dawson’s Pushing 21) They’re all quite easy listening, quite charming, and are good access points to this synth-pop-lite genre if it’s somehow evaded you thus far. 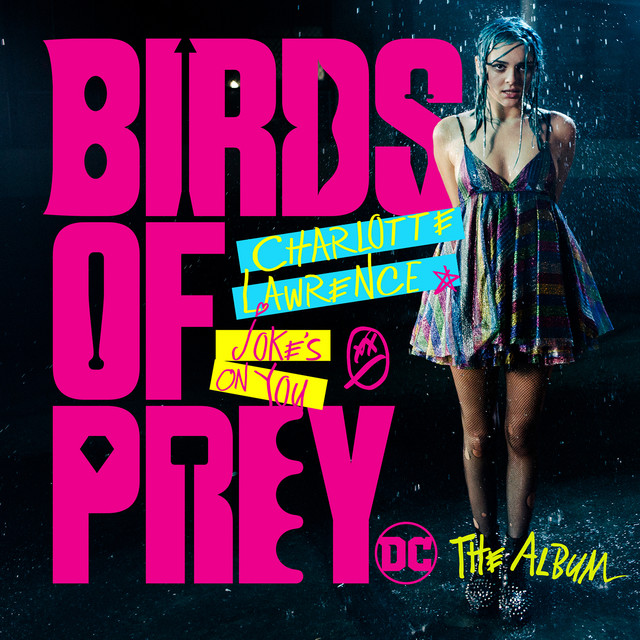 Charlotte Lawrence – Joke’s On You

I’m not massively enthused by the upcoming Birds of Prey film for which Joke’s On You was penned if it looks to be anything like Suicide Squad, but at least the soundtrack is shaping up quite neatly, albeit formulaic. Joke’s On You comes in somewhere between the I Put A Spell On You and All The Good Girls Go To Hell. It’s wildly predictable with that smoky R&B-pop thing and sounds like something out of the recent Great Gatsby remake, which might not be a bad thing.

For Fans Of: Lana Del Rey, that version of Crazy In Love from The Great Gatsby 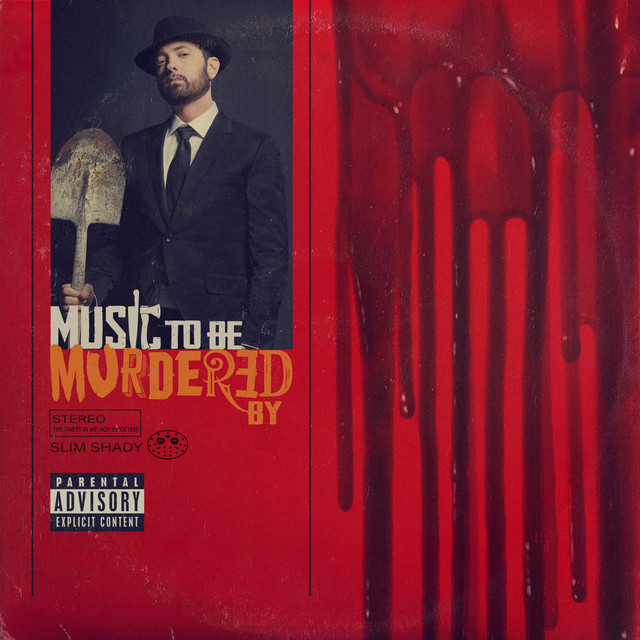 I’m always hoping for something a bit less heavy-sounding from the biggest selling artist of the 00s – something with a bit of joy to it – but there is nary a whisper of an upbeat on his surprise album Music To be Murdered By. There is a lot to like on it, even though every song is ruined bysome poor-choice lyrics. His apparently customary Skylar Grey feature Leaving Heaven is the only one I’ll probably revisit and it’s exactly what you’d expect given their past collaborations. The fadeout includes the lyric “You better, you better run (Cocksucker, haha)” – do with that what you will.

For Fans Of: NF, Macklemore, the problematic 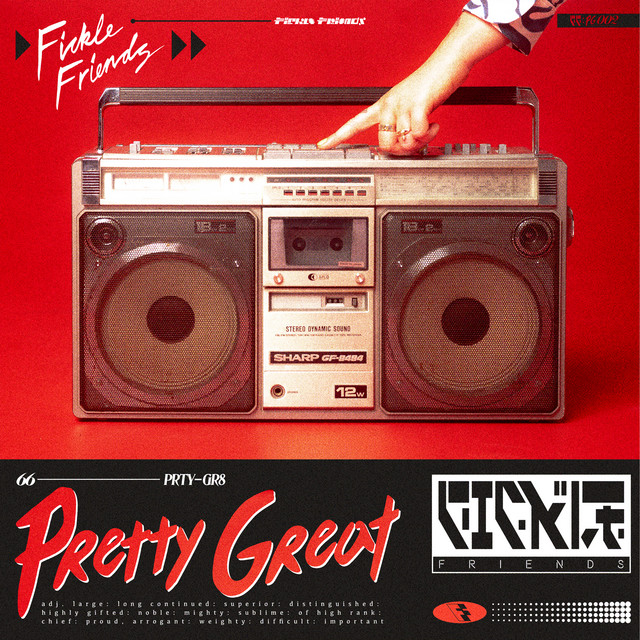 The melody here is delightfully like the Pop Goes My Heart song from that Hugh Grant and Drew Barrymore film Music and Lyrics and it also sounds a lot like an airy pop tune that Katy Perry might put out, like Birthday or California Girls. Excellent.

For Fans Of: Katy Perry 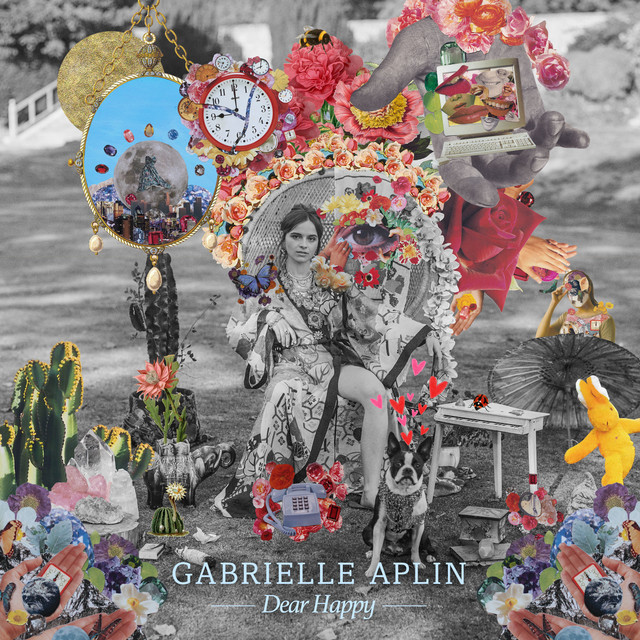 Aplin is a fairly consistent tier-2 pop girl. She’s had a string of lowkey banging pop tunes, and it helps that she sounds incredibly like Selena Gomez in a lot of her songs. They verge on following the same formula, so a whole album spread with repetition isn’t the most engaged listen, but there are some fresh songs from her new album, Dear Happy, that you should check out. Strange has a nice hook and is wee bit Charlie Puth sounding; So Far so Good is probably the best of the new bunch and has some very nice melodic choices in the verses; and Love Back is throwback pop with 00s sounding moments. 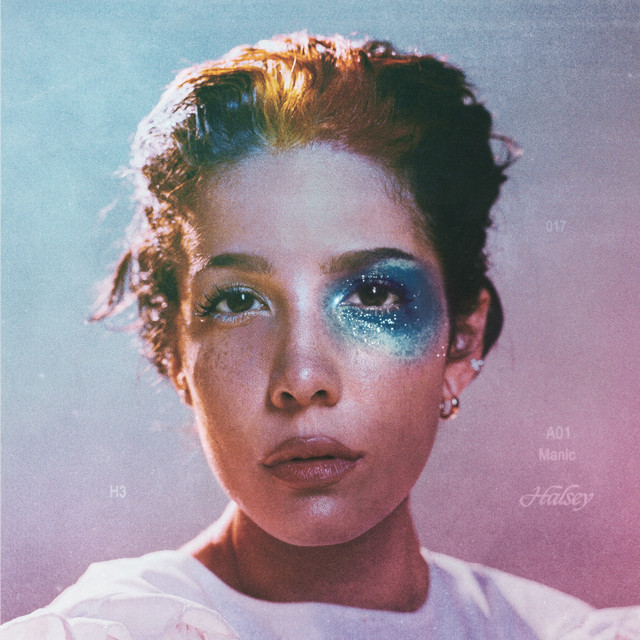 I know that Halsey, whose name I only realised in listening to the album is an anagram of Ashley, has been around for a -while- but on her third record, Manic, I feel like she has properly arrived. I gave it a quick skim-listen to pick out some songs for the blog this week, but I feel fairly confident in saying this is the first excellent pop album of the year. A lot of the previous cuts now have that additional context which will definitely push up their play counts. The standout new tracks for me (so far) are I HATE EVERYBODY, which contains the excellent lyric “Infatuation’s observation with a cause/But none of it is love, so while I’m waitin’ for it/I’ll hate everybody”; and 929. The opening to the numerically-titled song opens with Halsey insisting (sounding a lot like Shailene Woodley) that “I really was born at 9:29 AM on 9/29/You think I’m lying, but I’m, I’m being dead serious”, then reels off a string of honest self-reflective lyrics, before closing with “I think I have a confession to make, I feel like/I need to say that I was really born at 9:26/It’s on my birth certificate, I’m a liar/Man, I’m a fucking liar”. It’s just the perfect song to end an album. A song I’ll be spinning for months. 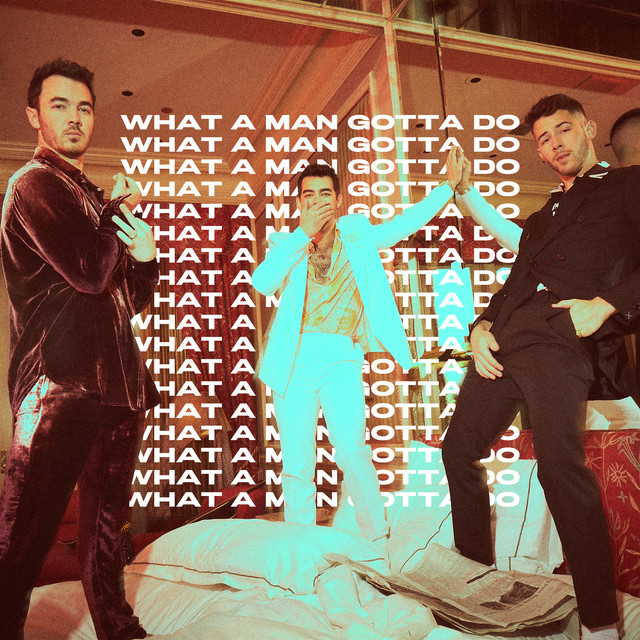 Jonas Brothers – What A Man Gotta Do

I live in a Jonas Brothers fanatic household so all I’ve done all weekend is listen to this cheerful, charming folk-pop song about proving you are a worthy man, that has the exact same into to HAIM’s Now I’m In It and has thrown me every time it has come on.

For Fans Of: McFly, OneRepublic 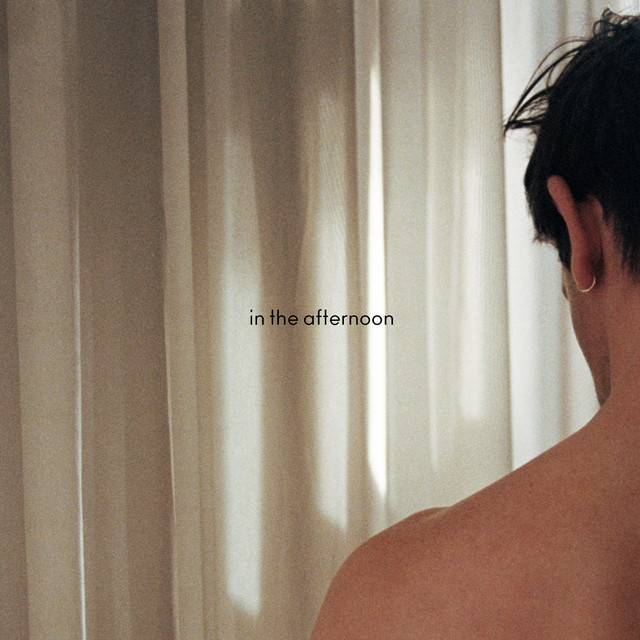 Josef Salvat – in the afternoon

I swear I’ve heard this exact song before, the “you-ooh-ooh-ooh” sounds particularly familiar. Still, it’s light and falls into that gentle pop bracket inhabited by Lauv and Troye Sivan and their ilk. Probably going to listen to this lyrically-cute tune a hundred times without realising.

For Fans Of: Lauv, Troye Sivan 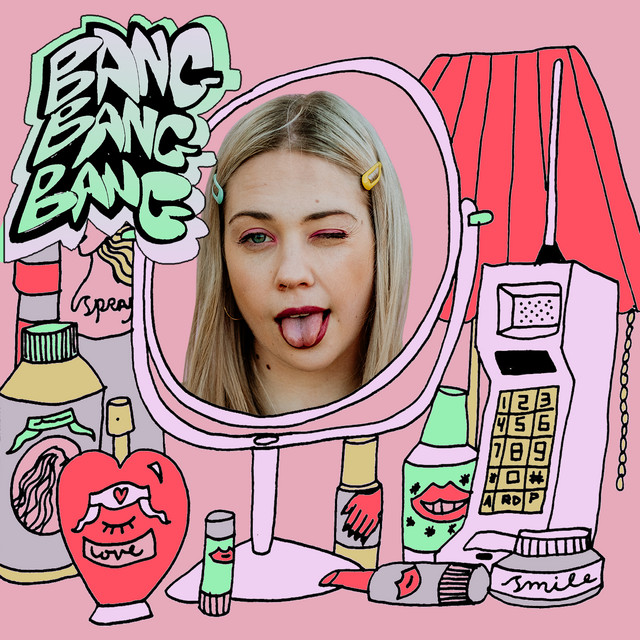 Yes, that’s Lauran with two As. Fast pace indie pop-rock. I don’t have a lot to say, but I think this is pretty nice.

For Fans Of: HAIM, gnash 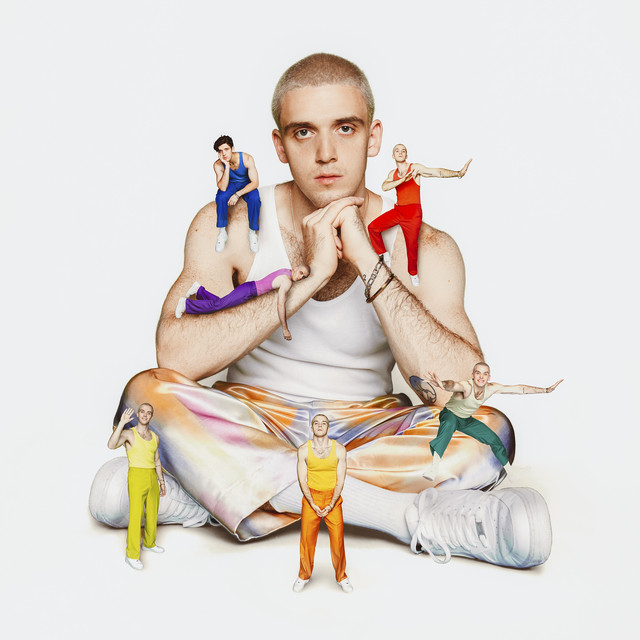 I don’t know if Lauv is planning to put out his whole album track by track  before finally quote-unquote releasing it – the single-a-week promotional method is getting a bit exhausting and I’m so sick of looking at that terrible artwork, but maybe it’s a smart way of doing it, maybe it’s giving him huge streaming numbers and regular access points for new listeners and making people like myself who rarely listen to an album take every track on its own because he knows how much they would blend into one undiscernable body of music. Tattoos is just as cute and fun as his last five promotional tracks, not sure if it’s any better or more memorable, but it’s definitely nice and I’m definitely paying attention to him still, if only just. 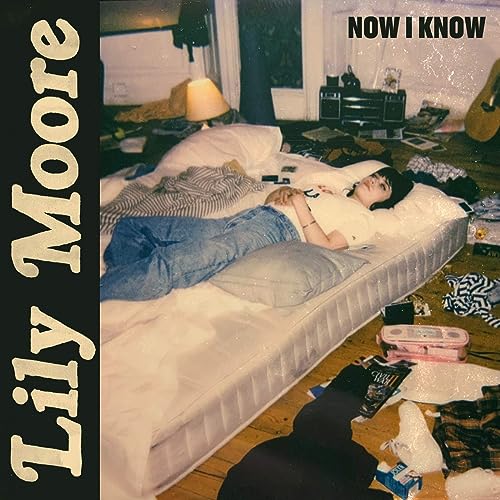 Still trying to suss if I actually like Lily Moore or if I can simply recognise her Amy Winehouse meets Adele esque voice whenever it comes on. This sounds a bit like something the latter of those two behemoths might be responsible for, which makes it worth a listen.

For Fans Of: Adele, Amy Winehouse 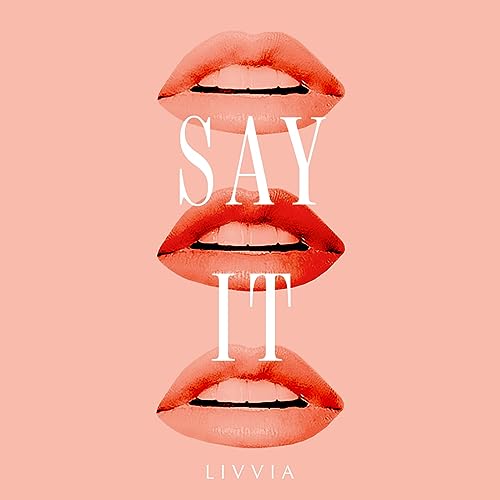 Again, you might *think* you’ve heard this pop song before, it sounds a lot like Wiktoria’s OMG but it is in fact a new synthpop tune. I’m just bringing this to your attention because there’s a solid chance LIVVIA might just be the next big pop girl, you never know!

For Fans Of: Anne Marie, Loote 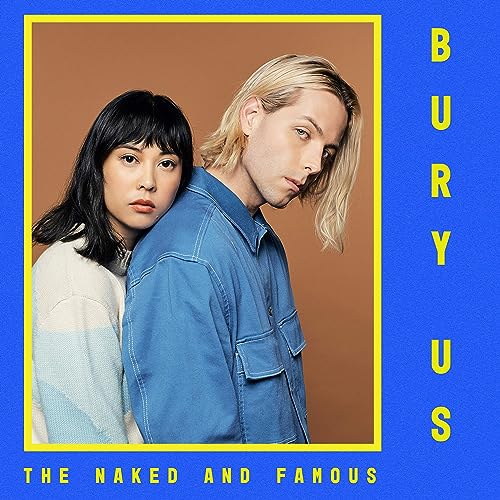 The Naked And Famous – Bury Us

The kind of indie-pop that demands to be pumped out full blast through some headphones until you go deaf. 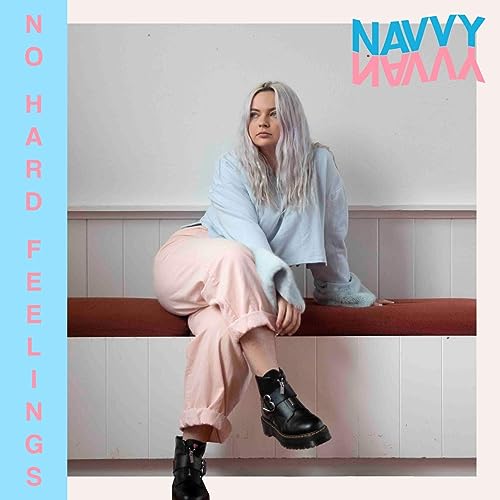 Navvy has such a gorgeous voice and No Hard Feelings is a cute lil pop song. The pop girls from Australia and New Zealand really are getting it right at the moment.

For Fans Of: E^ST, Mallrat 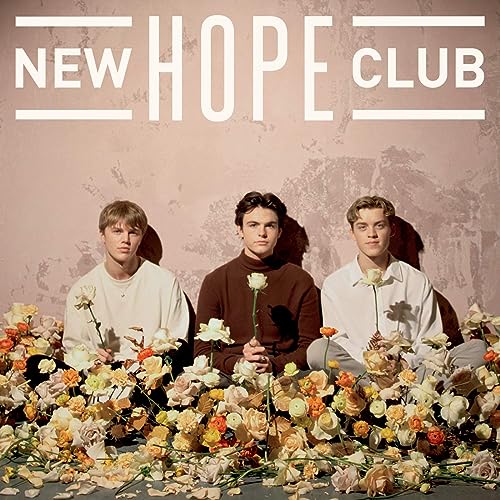 New Hope Club – Let Me Down Slow (with R3HAB)

This song is will be good to run to.

For Fans Of: One Direction, Why Don’t We 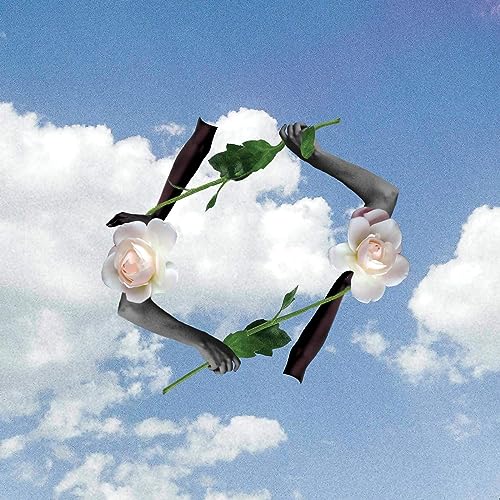 If floating through the universe were a song. That slow hook is beautiful. 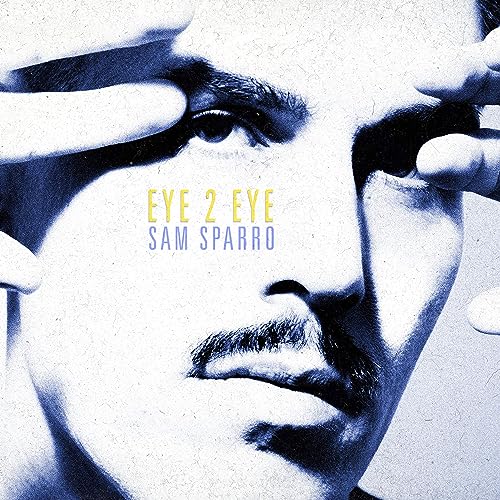 Sam Sparro publicly peaked with Black and Gold but his smoky neo-soul-pop tunes, such as this, are all worth a few minutes of your time. A great, old school slow-jam with some excellent vocals in both backing and lead. 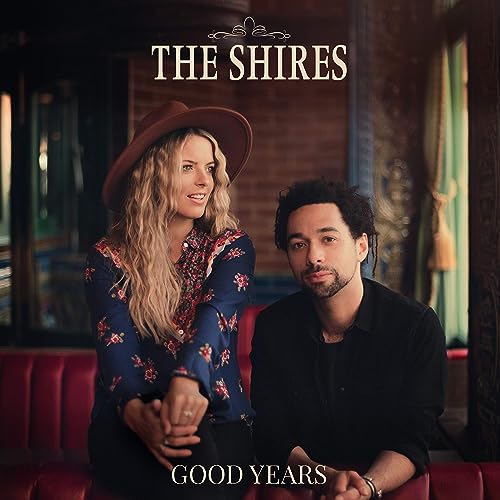 For Fans Of: Taylor Swift (the country era), Lady Antebellum 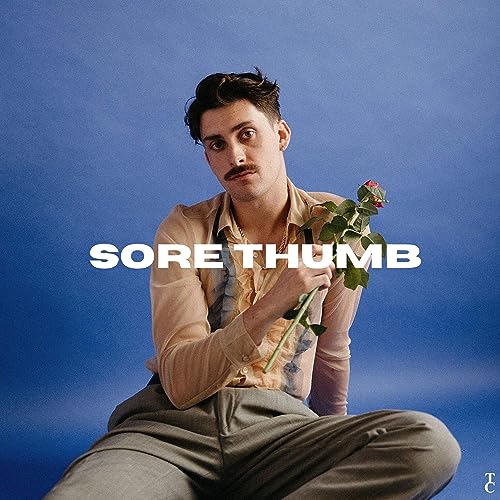 I don’t normally condone songs built around cliché figures of speech – they have such a short play-span – but for my boy Tim Chadwick I’ll allow it this one time. Another 80s influenced sad banger with some really nice soft vocal moments, and if it’s anything like his past endeavours, I’ll be listening to this over and over and over. 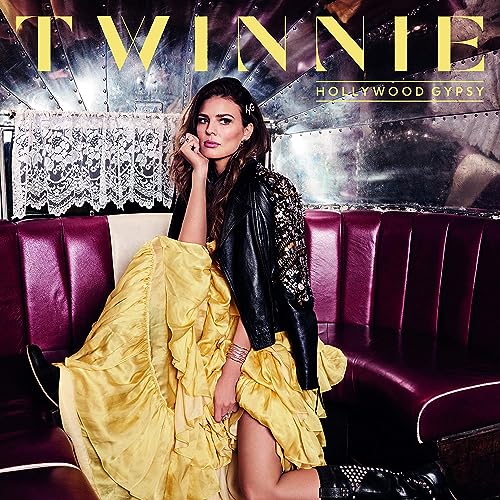 Upbeat country-pop. I’m all out of words, but this is going right on my happy playlist.

For Fans Of: Karmin, Florida Georgia Line, The Shires

One thought on “Songs You Should Hear: Halsey, Jonas Brothers, Tim Chadwick and more”