Awards always feel less like a crowning of what was best and more a general measure of what was popular, which isn’t always the same thing. I’m delighted for Billie Eilish taking home the big four at the Grammys, and for the recognition of Ariana Grande, Lizzo, Lil Nas X et al. for their contribution to music in 2019. But were they the best of the best? Or are these people just the ones that bring in the biggest audience and attract a higher revenue from advertising? In some cases I’m sure it was both, but unless you’ve listened to every single song and album this year in a media-silenced vacuum, there’s no way of knowing.

It does, though, speak to the importance of an artist’s personal brand. It is one thing to be talented, but it is a whole other thing to be interesting to people beyond the end of the song – that’s what turns fans into stans. I personally err on the side of caution when it comes to following artists on social media and in interviews because more than once a person’s public persona has completely turned me off their music – but equally those of which I am a most devout follower are the ones who I was able to connect with outside of their music. If you’re looking for an interesting read on fan culture, you should check out Hannah Ewens’ book Fangirls: Scenes From Modern Music Culture.

One last thing before I get to this week’s 15 songs – I know I’m two days later than usual, my own poor planning around work deadlines – I’d like to do one last plug for last week’s Songs You Should Hear which featured some excellent songs from blackbear, Halsey, Tim Chadwick, and the Jonas Brothers. 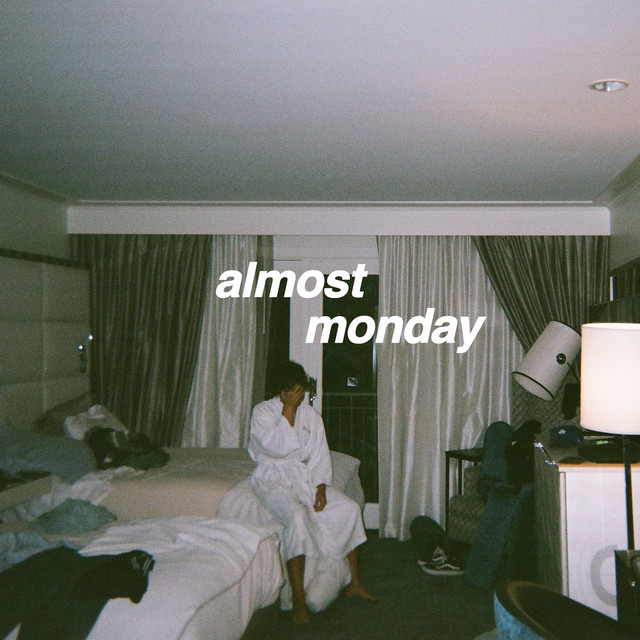 Cute lyrics, cute hook, a breezy alt-pop tune that feels a bit like something The Vamps would put out. Their Spotify bio reads “a few boys that sit in the studio until something make ’em dance or cry” – a prophecy they have certainly fulfilled.

For Fans Of: The Vamps, Shawn Mendes, Neon Trees 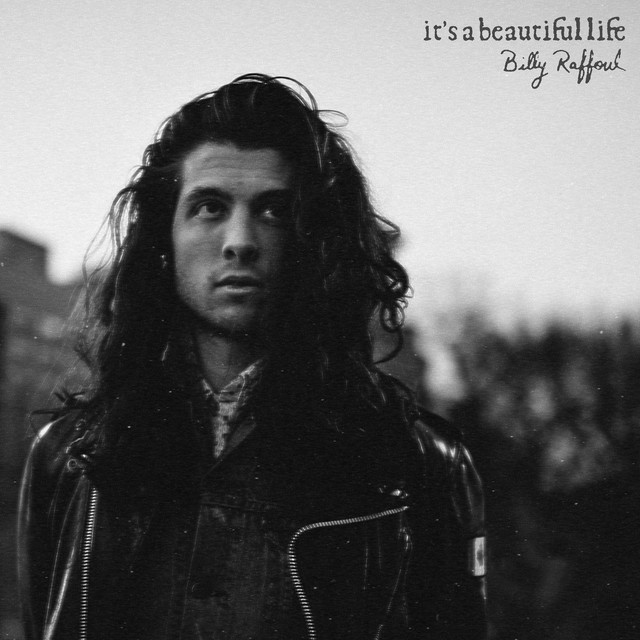 I’m still trying to decide if I genuinely like Billy Raffoul or if I simply fancy men with long beautiful hair that can also sing. His voice is lovely on this – there are a lot of shouty men [looking at you Tom Grennan, Tom Walker and Dermot Kennedy] that could learn something from from just being a bit more quiet like Raffoul is here. It’s a Beautiful Life has a gentle melody, instrumentals that make it sound like a lullaby, some lovely piano, and it all just makes me feel warm an fuzzy inside. 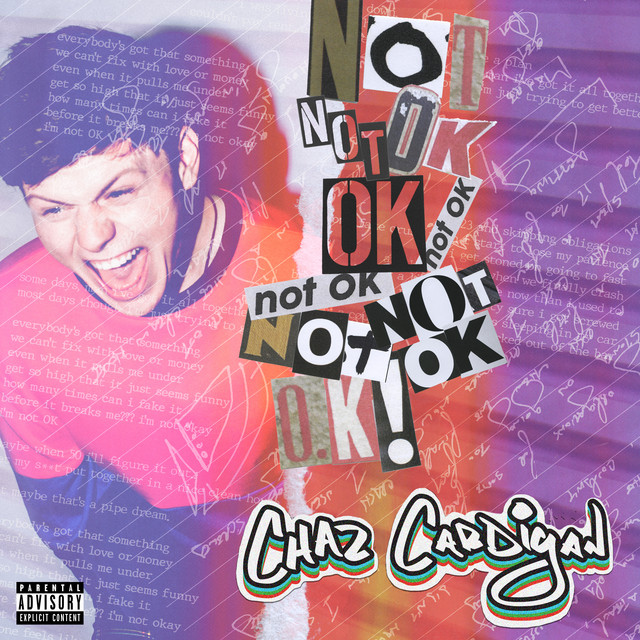 Chaz Cardidgan – excellent name – has done a stand up job of pumping a triumphant melody and soaring choruses into a song about not being okay to make it feel like actually things will be okay. When he sang “Some days, man I’ve got it all together/Most days though I’m just trying to get better” I really felt it. 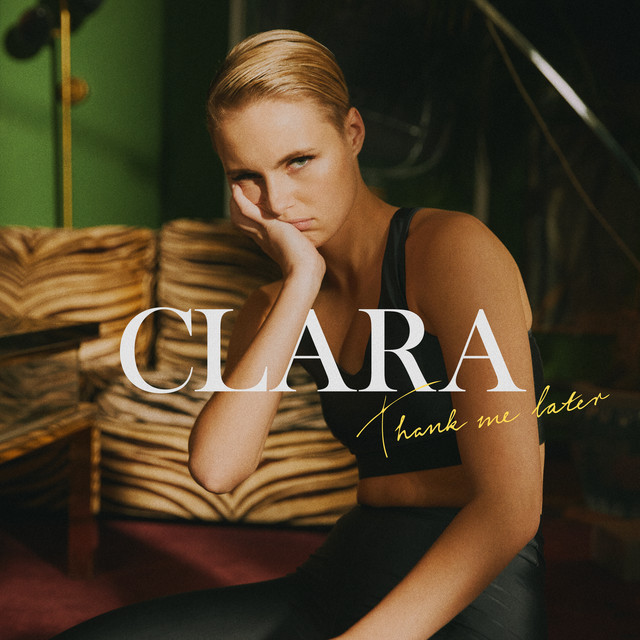 If it were up to me, the charts would be dominated by well-hooked pop songs like this. Something melodically reminds me of this song (which is also a banger) that I can’t shake, but a lot of music of this genre comes from similar inspirations and follows similar patterns so I think that’s allowed. I don’t know what else to say other than I think this is really good, relatable (“I’d put myself on mute if I could, you know/Need to get some self-control”) pop music. 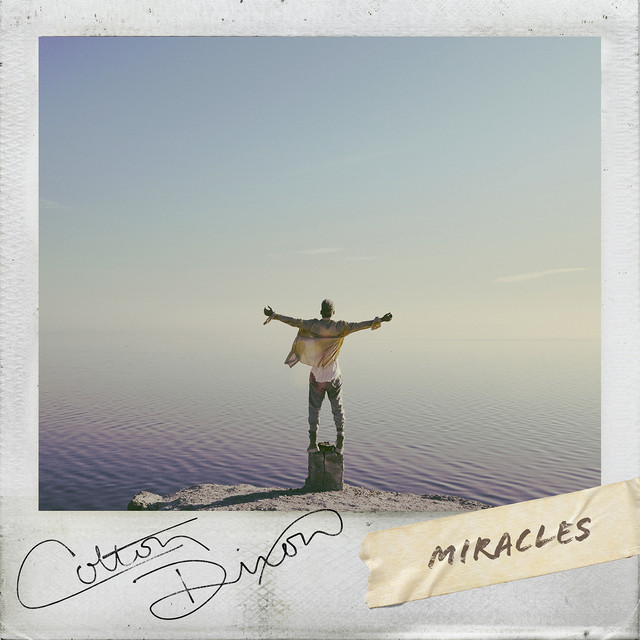 It’s bizarre to hear Colton Dixon, who I last saw in 2012 when he was a contestant on American Idol and has since found a lane in Christian music, has decided to do a reggaeton pop tune that is about three years late, and more so that I absolutely love it? It sounds a lot like that song that CNCO and Little Mix did, maybe that’s why. Either way, this slaps. 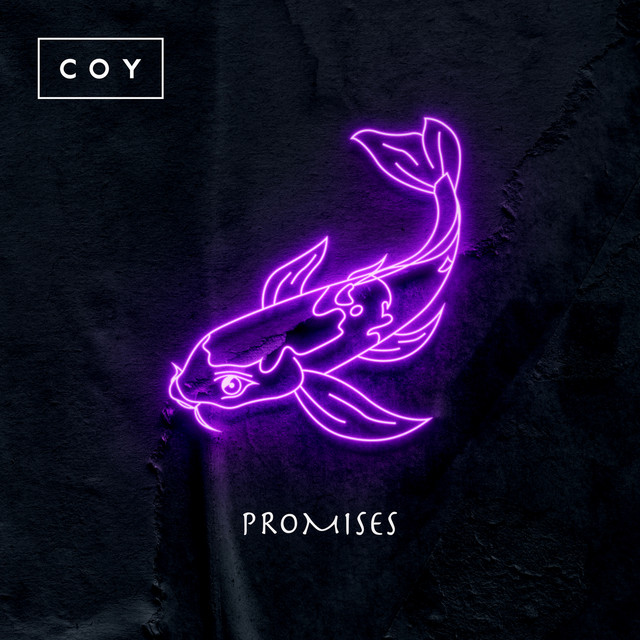 The lyrical content of house-pop songs is always secondary, the sonic elements are the important bit, and COY – a new producer and writer collective from Sweden – have nailed it. I love that slowly rising fade in that let you know you’re in for a dance. A disco-influenced banger.

For Fans Of: Daft Punk, 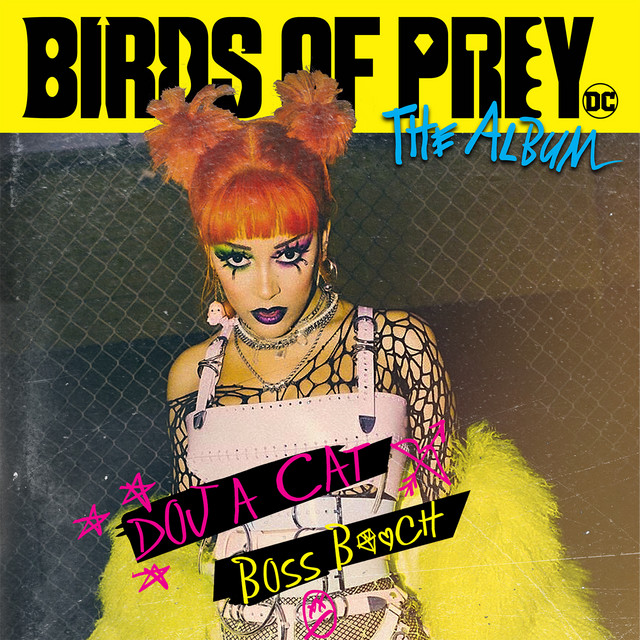 If the Birds of Prey film turns out terrible, at least we’ll be able to close our eyes and enjoy the soundtrack. This is the most accessible song I’ve heard from Doja Cat. It’s fast, fun, and reads a bit like something you’d expect the cast of RuPaul’s Drag Race to come up with if they had a couple of weeks with some producers to polish their song in the studio. 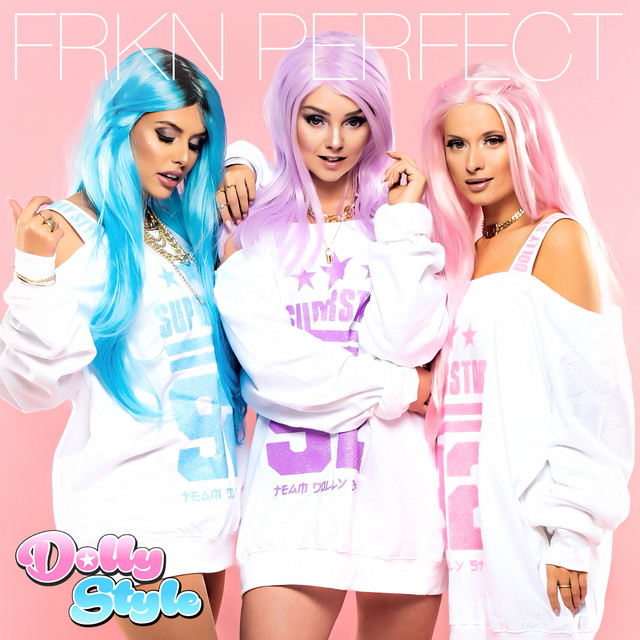 Some things you should know about Dolly Style: the trio, individually, are Molly (the pink haired one), Holly (the blue haired one) and Polly (the purple haired one); they are a band created and inspired by kawaii and superhero fashion, competed in Melodifestivalen, found a big following amongst children, and have songs title Upsy Daisy, Bye Bye Bby Boo, and Unicorns & Ice Cream. FRKN PERFECT is as close to swearing as they come, and this is their closest to Little Mix sounding song yet. It’s a little cheesy and peak pop manufacturing, but the vocals are really satisfying. 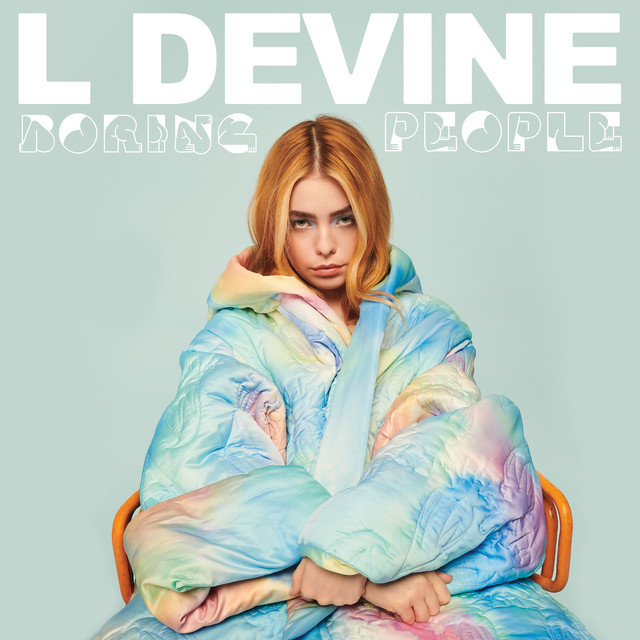 There’s a lot of hype surrounding L Devine among the people I follow, and whilst I can’t tell what sets her apart from the other pop girls apart from a bigger budget, if 2020 is to be her breakthrough year, Boring People definitely has my attention. I can’t shake the feeling that I’ve heard this exact melody before, but its a fun song with  a lyrically dry hook that plays into the ever popular pop music trope of mocking the 9-5 lifestyle.

For Fans Of: Charlie XCX, Call Me Loop, Tones and I 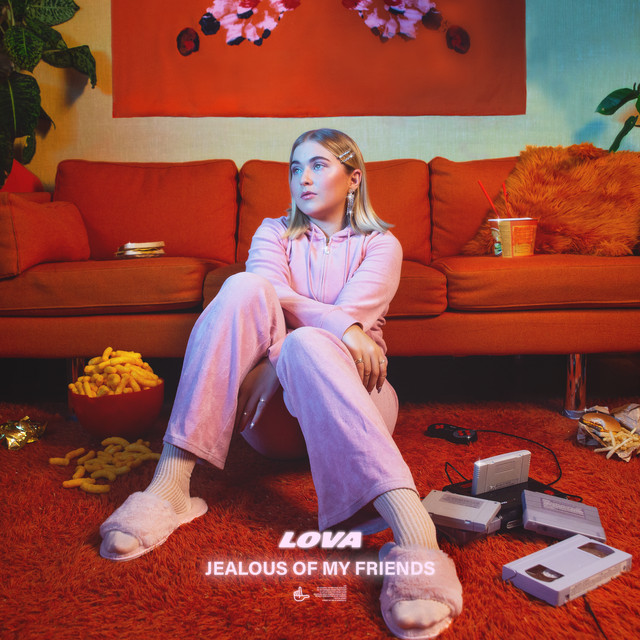 LOVA – Jealous Of My Friends

This bitter confessional tune falls into my favourite genre of power-pop. The pacing of the lyrics and the screech-opened chorus, are really satisfying, and I’ll leave you with the final chorus to sell the song’s message: “I’m so jealous/So fucking, fucking jealous of my friends/They post a lot photos from/Their couples-only dinner/While I’m by myself and eating in my sweats/I gotta admit, a part of me is missing it” 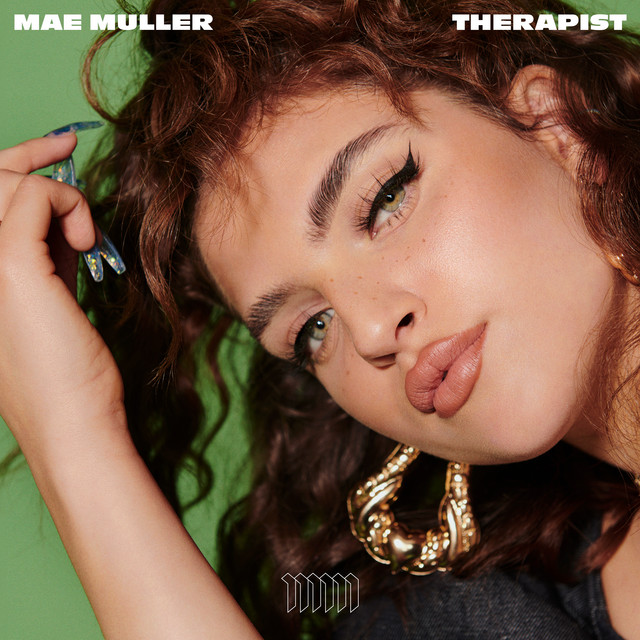 A modern R&B-pop song with a persuasive hook that a lot of us will feel deep in our souls: “You don’t need a girlfriend/You just need a therapist/You got too much drama/I’m not qualified to fix”.

For Fans Of: Mabel, Ella Eyre, Call Me Loop 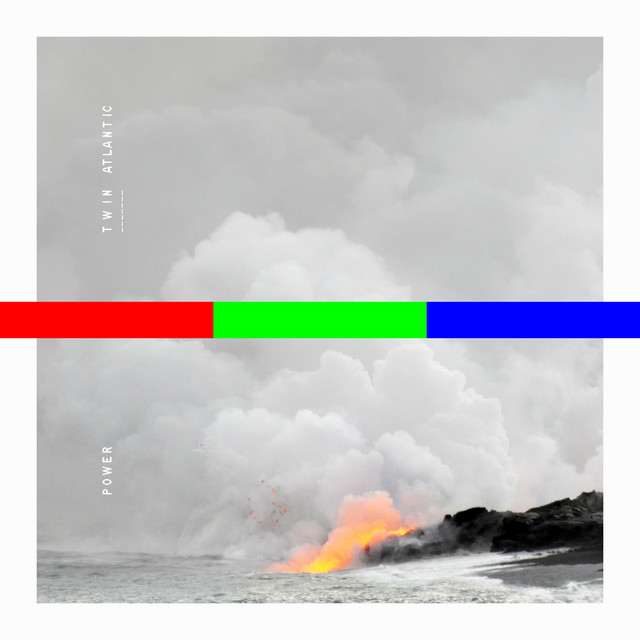 I still find Sam McTrusty’s heavily Scottish-accented vocal a little jarring, but I can’t deny that it works incredibly well in a lot of Twin Atlantic’s songs. Volcano is a cut from their new album. It’s high energy, euphoric pop-punk from one of the best Scottish bands of the moment.

For Fans Of: 30 Seconds to Mars, All Time Low, YUNGBLUD 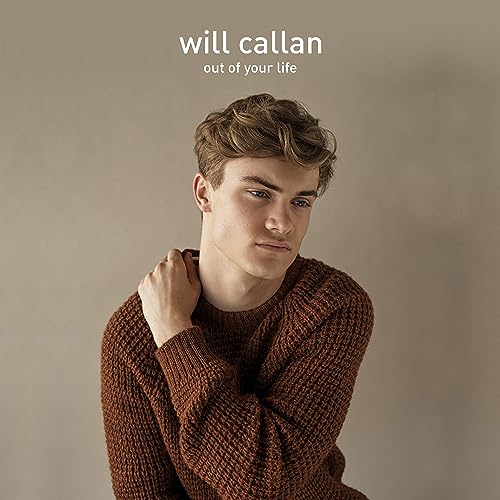 Will Callan – Out of Your Life

Will Callan, who rose to fame on The Voice Kids in 2018 where he got to the semi final, is carving his path with Shawn Mendes esque tunes. This is his second proper single and whilst becoming the next big pop boy is a tough nut to crack, if anyone is going to do it my money is on that jawline. Out of Your Life is catchy little tune that feels like a preciser to something a lot bigger coming. 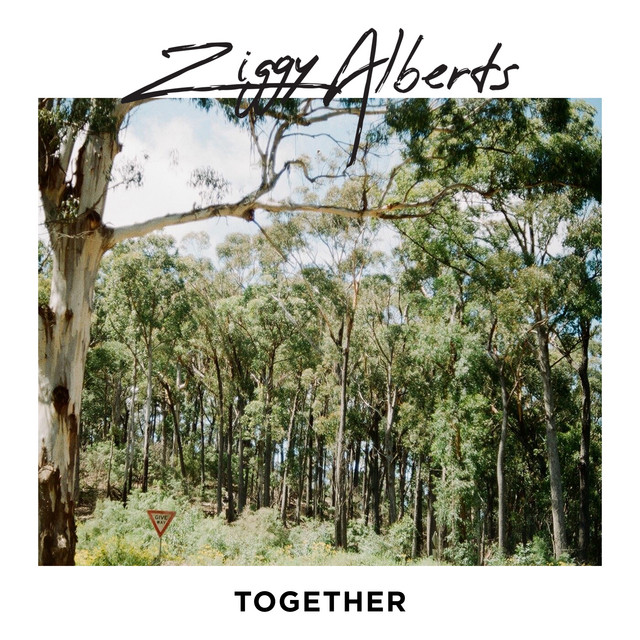 I was racking my brain for the song this reminds me of and then it clicked it was one from some guy from my school talent show back in 2010 I was lowkey obsessed with that still exists on YouTube. Together is an ode to fires from the Australian singer’s homeland. It’s an acoustic love song to his country and his people, the melody is breaking my heart a little and as soon as I finish this blog I’m going to put it on repeat and have a little cry.

For Fans Of: Vance Joy, Ben Howard, The Lumineers 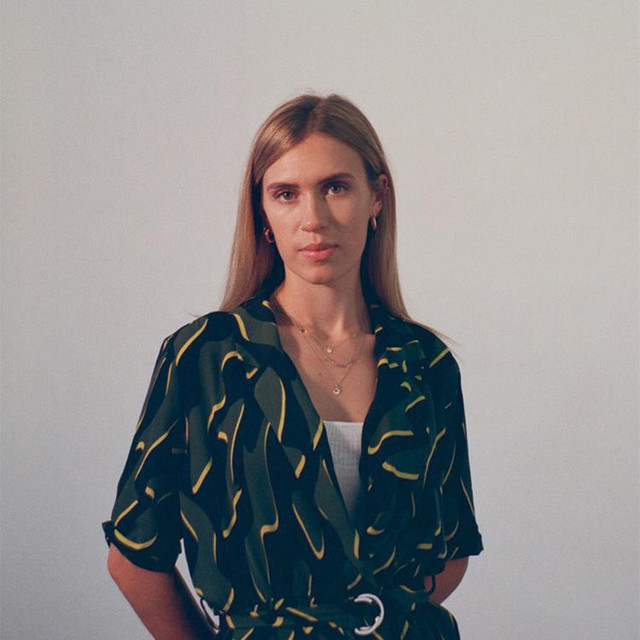 Zola Courtney’s voice is gorgeous. Blame is a light R&B pop with honest lyricism and is exactly the kind of gentle finish I needed when putting together this blog. The kind of song that you listen to fifty times in a row and it still sounds fresh.