i’m taking an indefinite hiatus from social media except to promote this blog because i had two realisations that had been bubbling under, and then something finally clicked last week and i thought i should probably address them before my brain disintegrates into mush. the first is that so many of my active thoughts were grounded in thinking of well-phrased things to post on twitter, which is exactly the type of behaviour that i all but left facebook for. the second was that i was spending a minimum of one hour on it a day and i could not remember one single thing i’d slammed that little love heart button for. so here i am, detoxing, feeling my brain re-engage with my life and making me realise how poorly i’ve been spending it. i’ve been up for three and a half hours at time of writing and i’ve not achieved much yet, but work in progress i guess.

last week was such a drag for new songs, eighteen by pale waves was pretty much the only saving grace. this week there’s one thing i’m tentatively excited for, namely: the new matt corby song because he’s one of my all time faves, even though his songs are a little dull and not immediately accessible.

also, once again, buy and/or stream harvest love by tash sultana. it’s a transcendental experience start to finish and her album drops at the end of the month.

before the reviews, just a couple of quick notes. first, i update the weekly playlist rather than creating new ones so there’s a big playlist with all the songs that i’ve ever reviewed in order week by week. second is that i’ve started trying to embed the weekly spotify listen-along playlist into the post, doesn’t always work so here are the links to the relevant places: 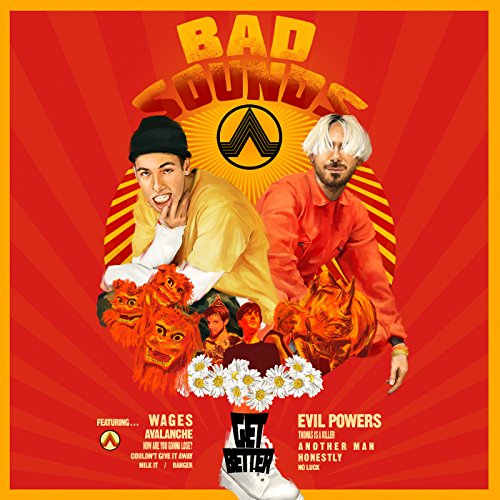 this song is so dumb and light and i love it. i’m also digging how the artwork looks like a movie poster. feel like there’s a lot going on here in a good way, in the kinda way that demands a second playthrough. 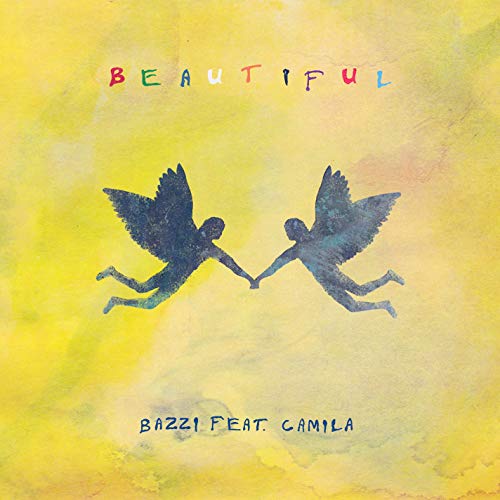 bazzi’s vocal is lush as ever, there’s something so refreshing and clean about it. it’s similar to jason derulo if jason derulo stayed away from his signature shrillness which is maybe why i’m appreciative to be listening to someone that doesn’t try and give that piercing game away on every note. this is fairly basic but however bazzi is doing it he’s giving me gold and i won’t be mad about it. cabello has a voice that i think will grind me down real hard if i listen to it for any extended length of time, and her songs have teetered on the line of annoyance, so i’m happy her part is fairly minor and nondistinct from any other female vocalist. 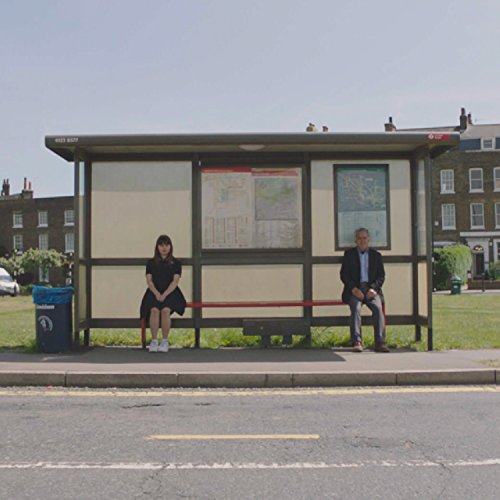 oops haha, this is far more lily allen style than i was expecting. i liked a couple of lyrics in there, the chorus of “i want to live my life again/i love my kids and miss my friends/revisit the things that i’ve seen/act like i’m still 23” is nice, or at least i though it was until i wrote it out, and i’m sure will easily reverberate with a lot of people. not one for me i don’t think, but maybe for you? 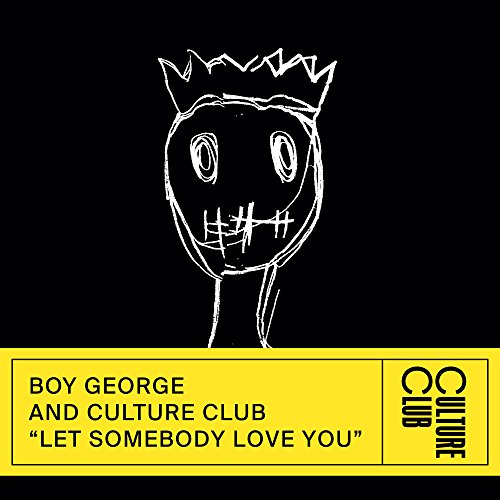 giving this a cursory listen since it’s the first boy george and culture club song in almost 20 years. i’m sure someone somewhere will have a good time with this and get a little kick, it’s just a bit too easy-reggae for me personally. 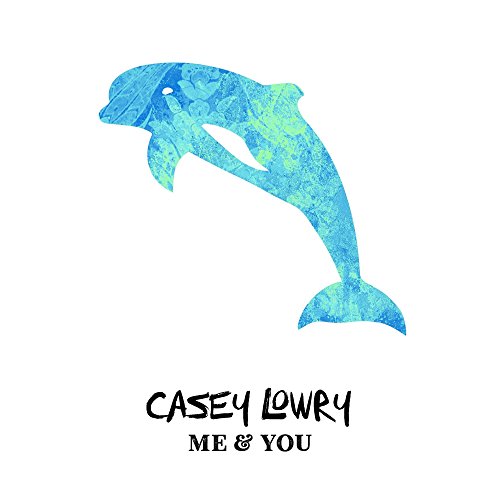 how i picture casey lowry in my mind is as someone who came down the love lift on take me out and performed an original song, an acoustic version of me & you, on his guitar, and the powers that be connected him for a edm-ed up dancy version of the song. it’s actually kind of what i was expecting from liam payne’s debut single. please excuse me for picking on this lyrically predictable, musically simplistic song, it’s not terrible, i think i could actually glean some enjoyment out of it in the right mind, but not today. 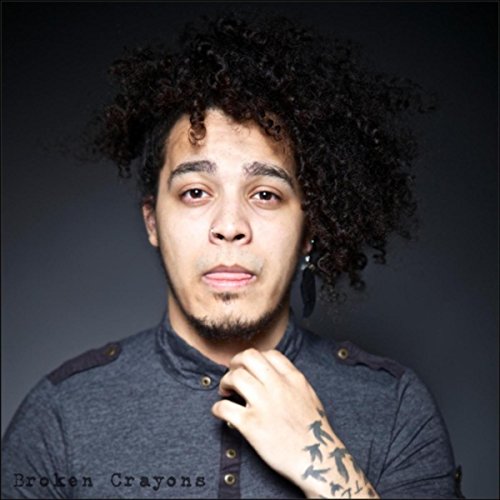 the opening lyric: “it sucks to be a horse/in a world of unicorns” makes it clear that you should suspend your knowledge of the english language (his mumbly vocal actually does a good job of that for you) for three minutes and thirty seconds so you can focus on what is an otherwise good song. it’s very eurovision, large vocals, stomping beat, faux euphoria, almost tribal when the chorus kicks in at the end, and a weird fade out conclusion, but overall i actually quite enjoyed it. 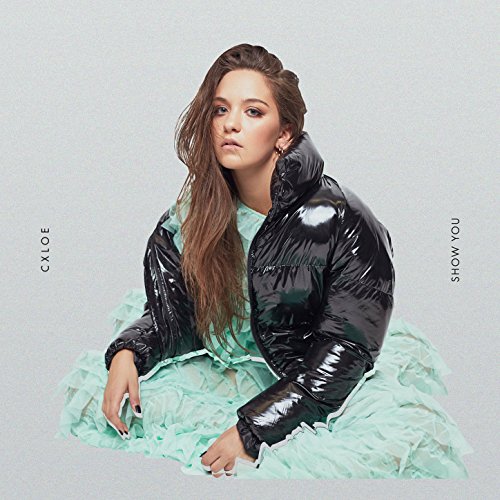 this would be such a good pop song if you hadn’t heard the formula that pieces it together a hundred times already. i quite like cxloe’s vocal, the song itself it sounds like the child of sigrid’s don’t kill my vibe and selena gomez’s hands to myself, which i could enjoy if it were the first time i’d heard something of it’s kind, but here i am at the close still yearning for something new. 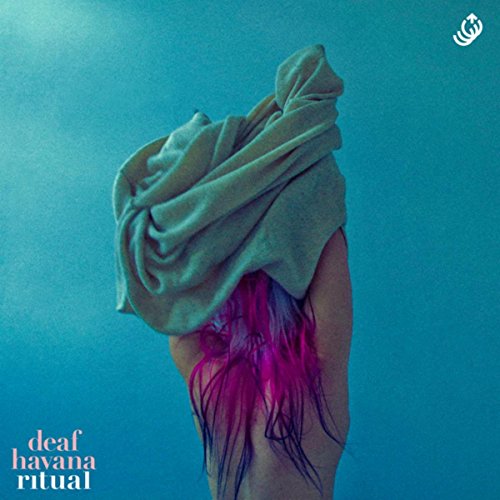 i’ve quite enjoyed this run of singles from deaf havana, and today marks their album rituals’ release. the titular track (minus an s) made it to the upper reaches of the nmf playlist today, although still received a standalone single marker with it’s own artwork for some reason. as it goes, not my favourite from them, holy and sinner are a bit more grabby. it feels like a pop-punk one direction track which is up my alley, just not strong enough outside of the album it comes from for single status.

SKIP (but spin the album) 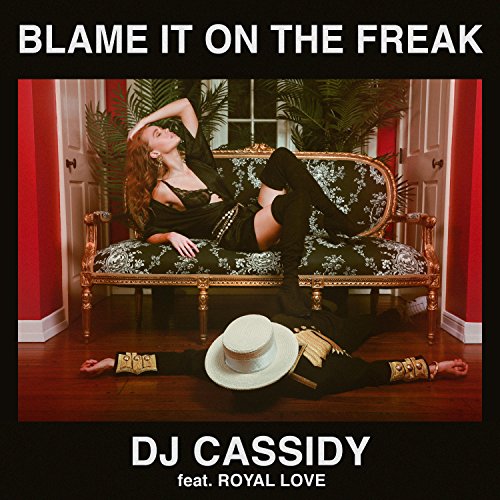 dj cassidy + royal love – blame it on the freak

i was hopeful on the basis that i liked the fun and funky dj cassidy-helmed calling all hearts feat. robin thicke and jessie j that i’d like this, but what we have is something that sounds like a skippable dnce song that goes on way too long. 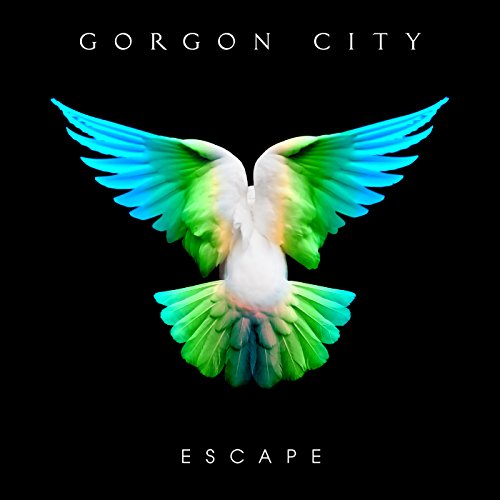 there are a lot of good elements, jp cooper sounds surprisingly good, and the music feels so perfect and put together, the flute is a pretty edition, there’s just something that’s a bit been there done that like i’ve heard this song before. i can’t find specific faults, but it’s the kind of song i’d skip if i saw it was coming up next. 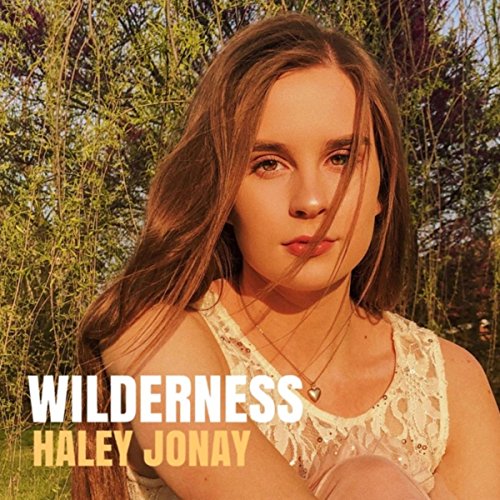 haley jonay – do you believe in love?

do you believe in love? is undeniably nice and pretty in an acoustic, echoey fairylike way, but i feel like i’ve heard this exact chorus delivered both too many times and far better. 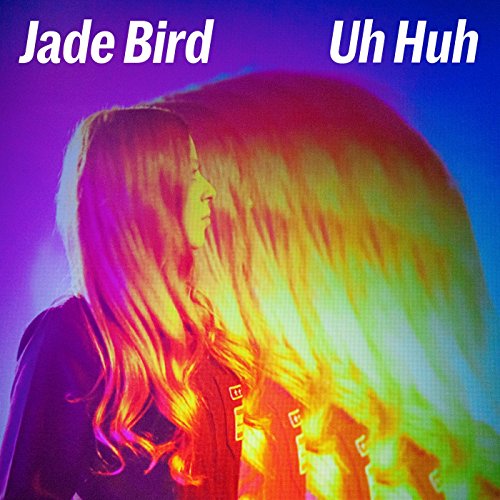 this sounds a little too forced, c’mon jade, we know you’re not a southern bluesy girl with an authentic husky voice, the very english sounding chorus gives it away too much. authentic or not, i liked this in the way i like elle king and quietly try and believe this isn’t a slightly genre-appropriating. 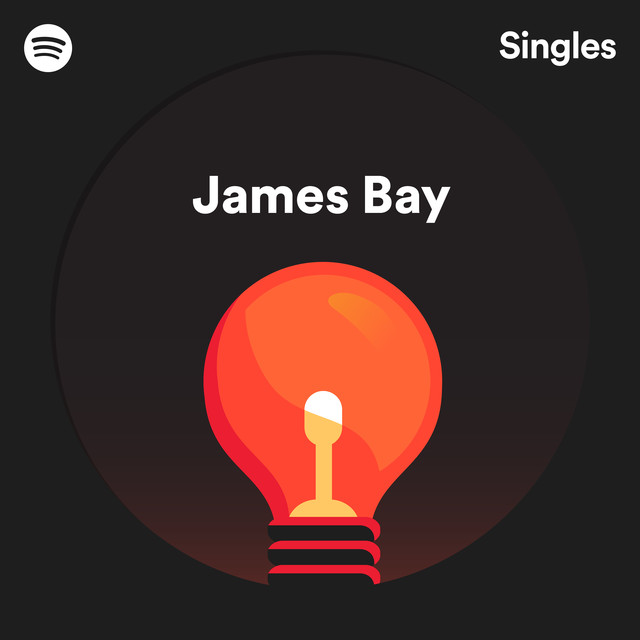 mr bay has given me some of my favourite cover versions of songs in recent memory (fourfiveseconds, left hand free, shake it out) and i think i saw a clip of him doing this tina turner classic on youtube a little while ago, so i’m quietly pleased that it’s made its way onto spotify because it’s really lovely. 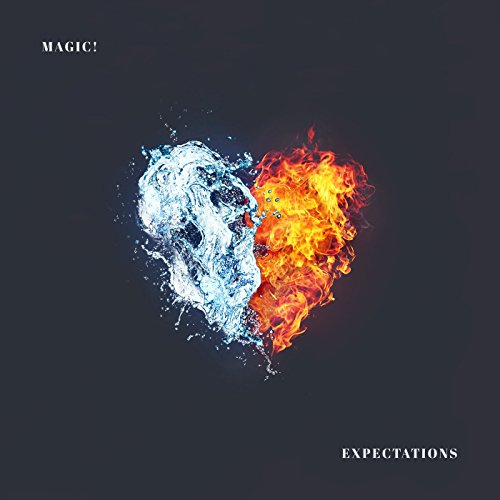 didn’t really enjoy magic!’s rude when it was around and my expectations for expectations were low so i’ve not been disappointed by this limp, limp song. 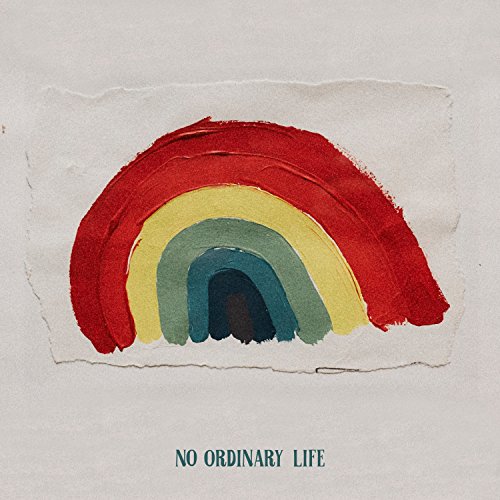 whilst i am a fan of corby and respect his artistic integrity and making music that he likes, this is so disappointingly bland from someone who has such an incredible singing voice. no ordinary life is just fine in the way that so many music critics like to lap up so i’m sure his revere will continue but i’ll be waiting patiently until he delivers something commercially palatable before any of his new music enters onto my playlists. 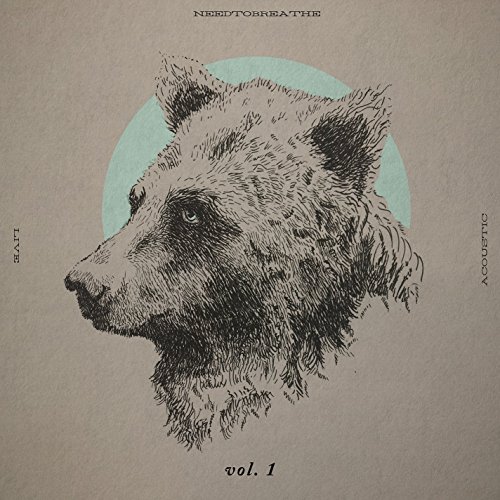 i’m definitely cheating here, but my release radar flagged these two excellent acoustic live versions of songs i already love and have loved for a while. i’m still feeling cheated that needtobreathe didn’t play drive all night when i saw them on their ‘drive all night tour’, so this goes some way to repairing that disappointment, although whilst this version is, good the studio version will always have my heart. i wasn’t too taken with no excuses the first time i heard it, it’s a little slow and sleepy for me, but this live version is full of soul and segues gorgeously into a rendition of house of the rising sun which sounds fantastic with bear’s vocals. 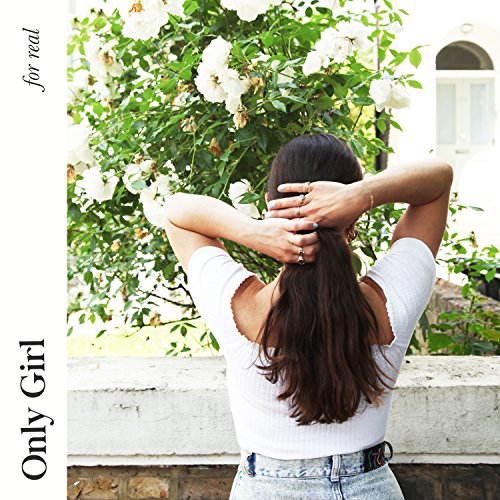 only girl – for real

only girl sounds lovely as ever, but this is kinda boring, i’ll put my stanning on hold for now. 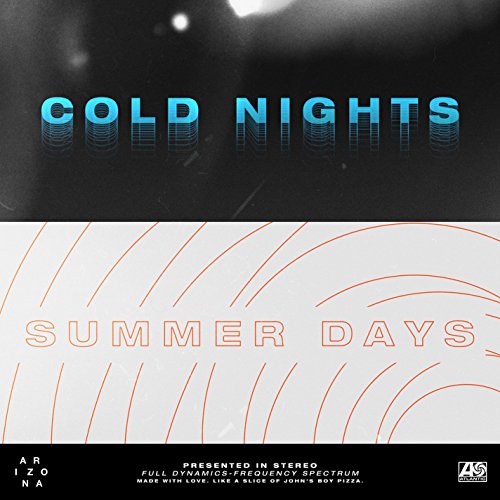 this is a very indie-rock-band-come-making-songs-for-huge-venues song. it teeters the line of 80s power rock ballad, reminds me a bit of the war on drugs which is a positive, just not something i’d listen to on the general. oh, and that artwork is stinkin. 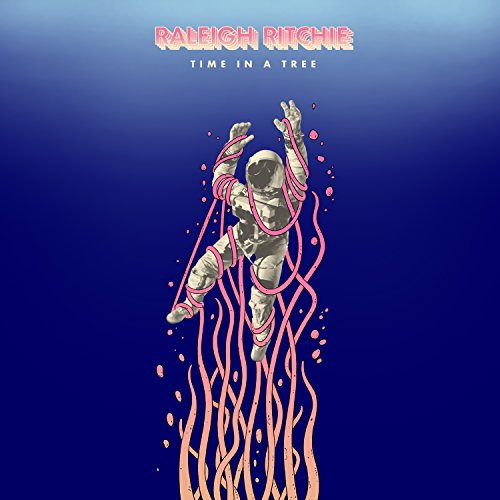 raleigh ritchie – time in a tree

i really want to like raleigh ritche aka greyworm from game of thrones, but it just doesn’t interest me. this is fine, truly competent and pleasant sounding but not at all exciting. 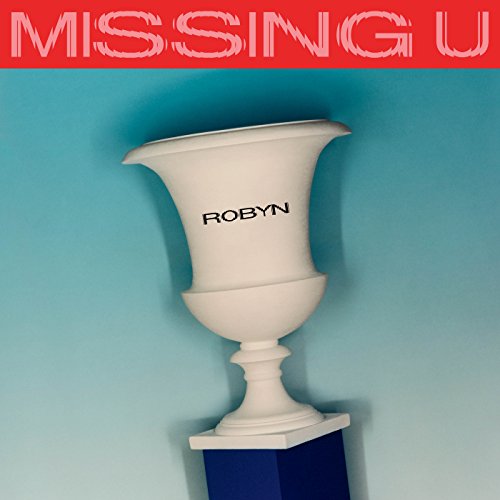 queen of sad-anthems (step back carly rae, muna et al) is back at what she’s always done best: creating heart wrenching, devastatingly good cry-worthy dance tracks which deservedly takes the top spot of the new music friday playlist. or at least, that was the opinion i was led to believe i should have. missing u is good but not great. a little too overlong and repetitive without delivering a real moment. 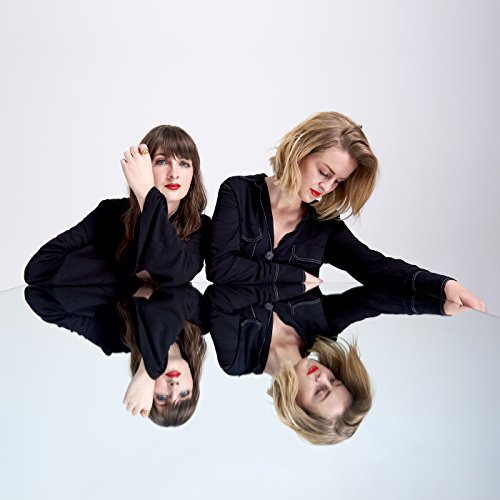 ward thomas – i believe in you 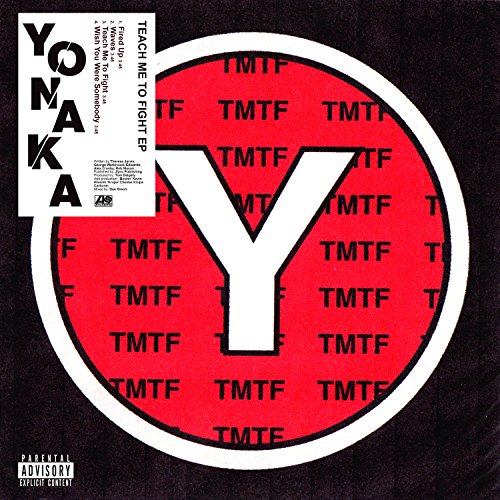 i like what yonaka are doing and i got behind their last single but something isn’t quite connecting for me in the same way that i was never fully on board with the pretty reckless or the veronicas. the music is good and will probably carry any fledging emo teens through the angst ridden throes of their life, i just don’t think it’s really for me. 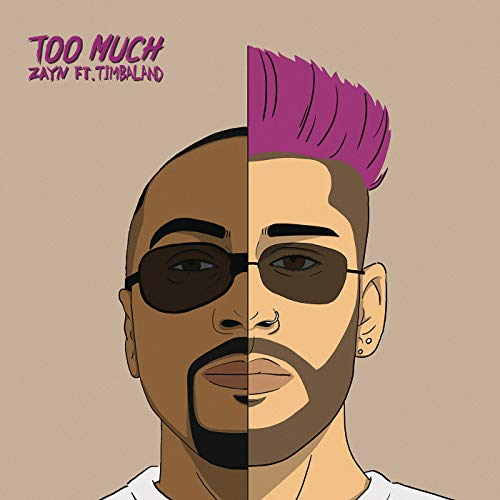 zayn + timberland – too much 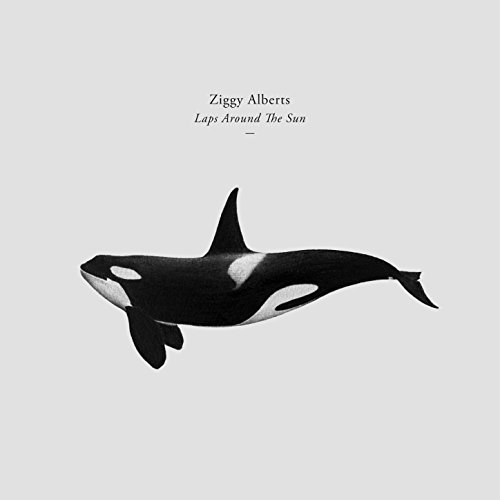 ziggy alberts – laps around the sun

a pretty, floppy-haired white guy with a guitar to end the playlist feels like a nice transition into my weekend. it’s fairly generic, but it’s idyllic and warming and there’s some nice guitar work and i’m into it.