Skip to content
Posted on June 3, 2019 by Iain Posted in New Music Mondays

I’m not great (yet) at describing the way music sounds, so I’m always thinking ‘who can I say this sounds like to make people want to listen to it?’. I’m fairly confident that the vast majority of people whose music I write about here would prefer to be thought of as an artist with their own distinctive sound, but I’m confident in saying both that at this stage with the sheer volume of music that exists that that’s pretty much impossible, and that these people probably aren’t reading what I’m writing about them so does it really matter?

I heard the love lounge cover of Lewis Capaldi’s Someone You Loved by the Jonas Brother’s last week and ever since then I’ve been imagining the songs I’ve been listening to being sung by someone else more so than usual. Cover versions are no new thing, but it’s made me notice a shift in music where a lot of people are kind of doing the same thing and losing their distinctiveness a little. Whether it’s because they’re working with the same songwriters and producers, or they’re consciously or subconsciously borrowing sounds from other artists they like I can’t testify to. What I can say is that if you’re listening to enough of this music, the death of the artist is happening.

Take this week for example: I love the new Katy Perry song, it has her usual, easily-distinctive vocal soarings in the chorus, but it sounds exactly like something Taylor Swift could and would put out right now; the new Cheryl song is a sad-disco banger that feels like the kinda things Carly Rae Jepson or Robyn have been giving us for years; Freya Ridings new single is somewhere between Birdy and Florence and the Machine; and the new Thomas Rhett single confirms for me that all of the “wedding-dance” Ed Sheeran songs are just generic country songs in disguise.

What am I saying? All music sounds like other music? Everyone sounds the same? Lewis Capaldi is basically Adele in male form? Yes, too all of these things. But more that there are so many so-called icons of this musical generation who are all doing similar things and it’s starting to show. Maybe I need to listen to a more diverse range of music and genres. Maybe my ears just aren’t well trained. Maybe this has always been happening. Or maybe I’m just gravitating towards songs that sound like songs or artists I already know. Answers on a postcard please.

TL;DR nothing is new, everything sounds the same, pop stars are blending into one, and I’m beginning to notice, but it’s not necessarily a bad thing as long as we keep getting good tunes.

Anyway, there was a lot of new music out on Friday by people I really like, about 25 per cent of it was good, the rest I listened to once and tossed aside. Here are the ones that stuck for the reasons stated below: 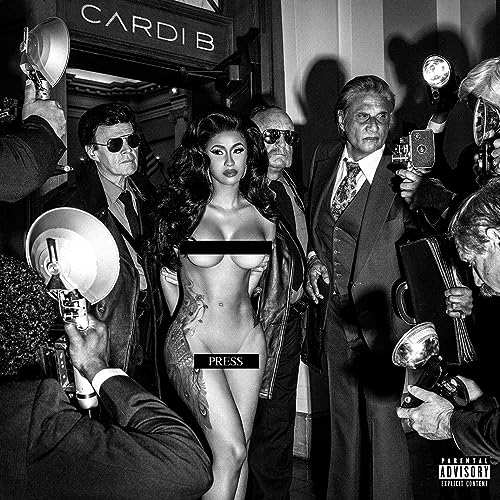 If her album Invasion of Privacy wasn’t enough of a marker on how Cardi B feels about every inch of her personal life being devoured by bloggers and journalists (feeling v attacked just writing that statement not gonna lie haha) Press is the ultimate war-waging anthem against the bloodthirsty gossip pages. So at the risk of stepping on her ‘Cardi don’t need more press’ command in the chorus, I just wanna add my appreciation for her delivery of the line “Pop-up, guess who, bitch?!” Formidable. Inspiring. Iconic. 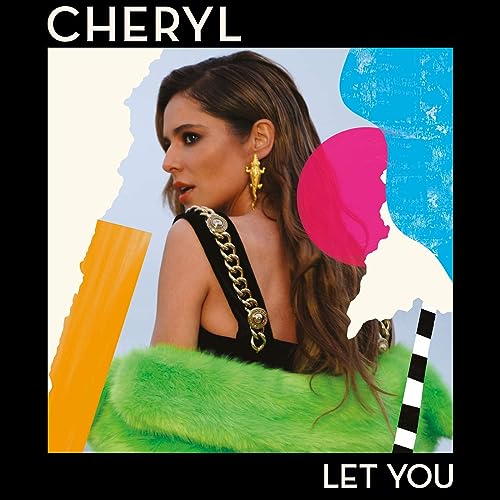 I mentioned about how this is very Carly Rae Jepson / Robyn eqsue, which maybe is a way to re-establish herself and her dwindling mass-popularity by stepping into the genre that is so desperately and devoutly supported by queer music listeners, and if so she’s off to a good start. Her best single in ages.

P.s. Sorry Leks, I  do like this one, but I promise I won’t play it around that flat too much

I missed whatever act of god it was that made Ridings’ Lost Without You a platinum hit in the UK, it must’ve had reigned in the top 20 at a time when sad music was not in my listening library. I am now, however, ready to get invested starting with Castles. It plays right into that deep female vocal that made Florence Welch so popular, it’s very listenable, and is gonna do nicely on my running playlist. 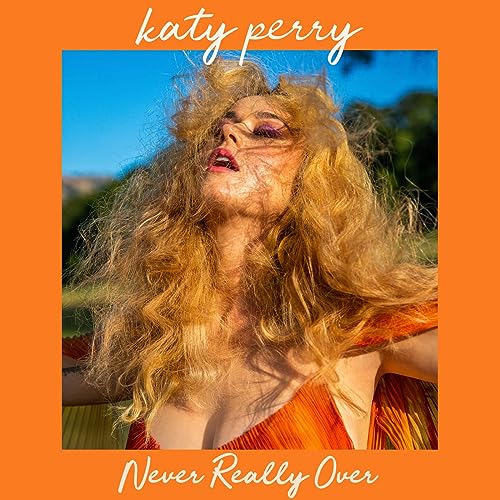 I’m delighted to report that Katy Perry is back. I did enjoy her polarising-and-nearly-career-crashing last album – Swish Swish was so obviously dumb and good and just different, but I can see why Never Really Over has arrived as this definitely is a step back in the right direction in re-securing her pop-icon status. You can really tell it’s been produced by Zedd from the very first second because it progresses in the same way as and with very similar notes to The Middle, which works in making Never Really Over immediately engaging and memorable and by the end all I wanted to do was hit play again and again. I do standby my point above that this is -very- like something Taylor Swift would put out if you tweak that production a little, but an excellent pop song is an excellent pop song. 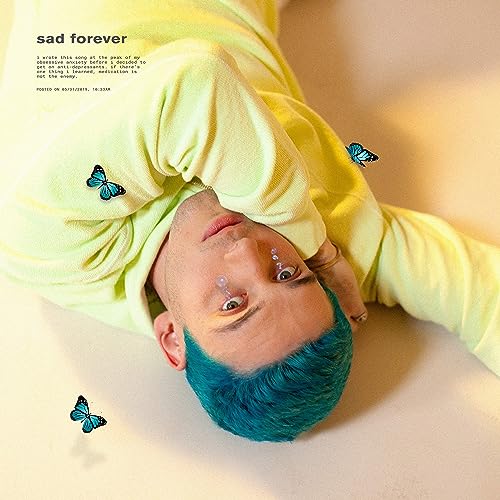 I’m sure he actually didn’t but Lauv has just come out of nowhere swinging with some of the best sadpop songs of the year? His Troye Sivan collab which I was initially hesitant on has really stuck around so much so that it’s guaranteed itself a spot in my year end roundup, and I wouldn’t be surprised if Sad Forever endures in the same way. It’s got a sweet little hook, it’s quote unquote relateable, it sounds a bit like LANY, and I truly live for songs that end on a solo vocal. Gorgeous. 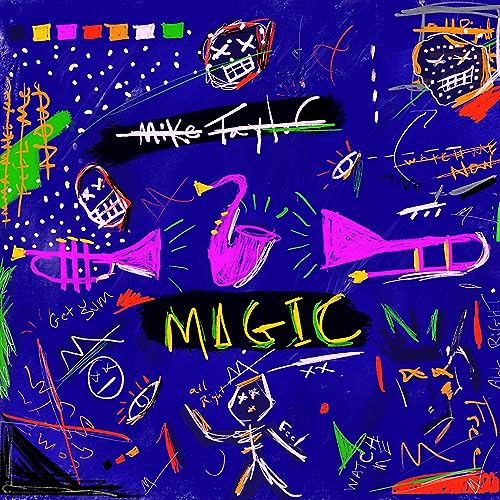 I was overwhelmed by the infectiousness of this song in making me wanna dance that I fully indugled in its magic, much to the dismay and confusion of my dog who was up until that moment enjoying a very slow walk in the rain. Very James Brown. I urge you to listen to this song and feel completely enlivened. 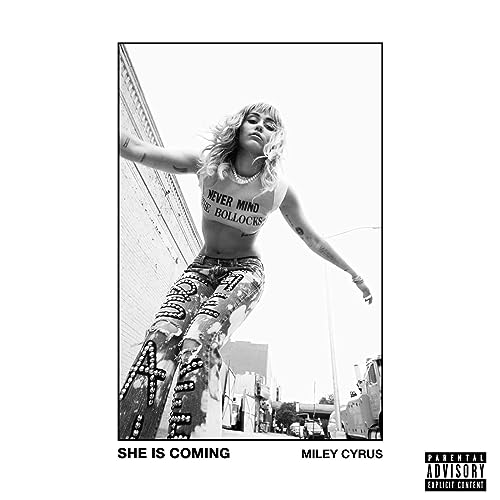 I listened to the whole SHE IS COMING EP and y’know, it wasn’t really my thing, but  there is definitely -something- about the moody lead single Mother’s Daughter which is resonating with me. Maybe it’s just the gravitas that someone singing the word ‘freedom’ with conviction always brings, maybe it’s the Swish Swish nod, find out for yourself. 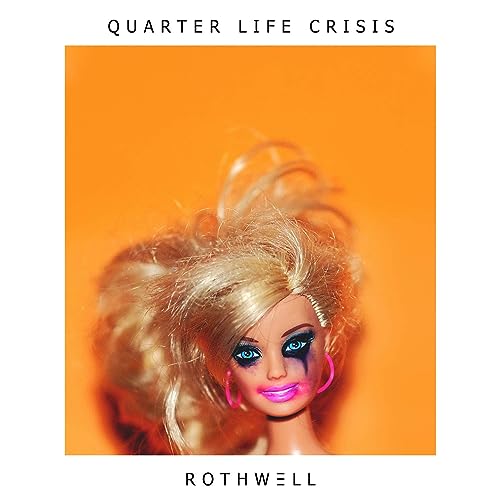 This is so good. Like, so so good. The lyrics of the allegory of Billy (“Billy was a young girl with nothing but a backpack / Waiting in a line behind a builder and his butt crack/Jumping on a plane with no intention to come back/Her mates are getting married/She can’t even get a text back“), a girl who exists in the generation of pressure to excel, forever under the light of social media and trying to give off the appearance of being happy, and so having the titular quarter-life-crisis and wanting to get the hell away, could have come across as too on the nose but delivered as an excellent alt-pop song it works so well. Genuinely exciting. 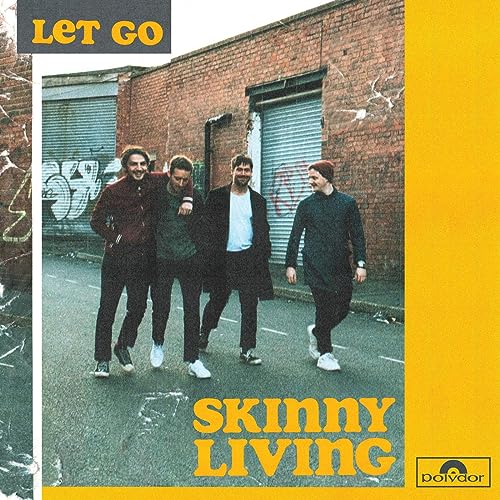 I just really like the voice of the lead singer of Skinny Living and this is upbeat, methodical and inoffensive indie-rock, I mean what’s not to like? 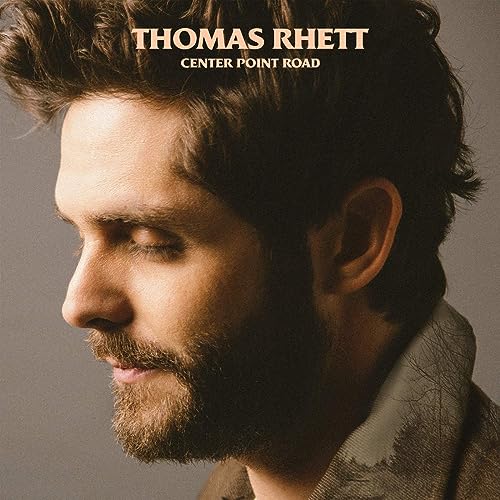 I don’t know if I actually rate this song, I’m just giving Rhett his dues after he gave me the first country song I’ve enjoyed in ages – Look What God Gave Her – and his album came out on Friday. I mentioned above that this is just a country-styled Ed Sheeran song, or that Ed Sheeran songs are just country songs masquerading as pop songs? Whichever way around, couldn’t you just imagine Sheeran crooning a decountrified version of this over the loudspeaker at a wedding? I’m pretty sure it follows a similar melody to Perfect. #blessed 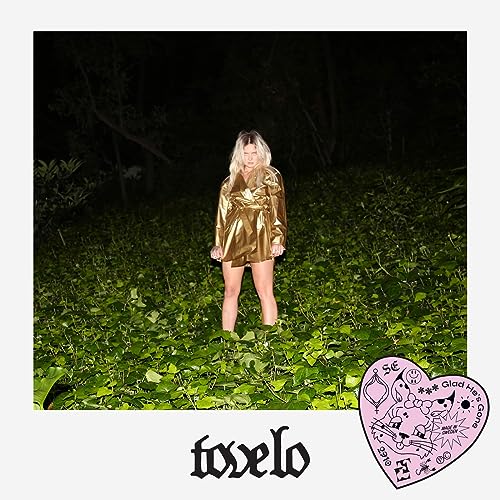 The story telling here is so well delivered I was listening to every single word and drinking it down so easy. The ultimate picking-up-your-best-pal-after-a-breakup song in such a bright and breezy package. 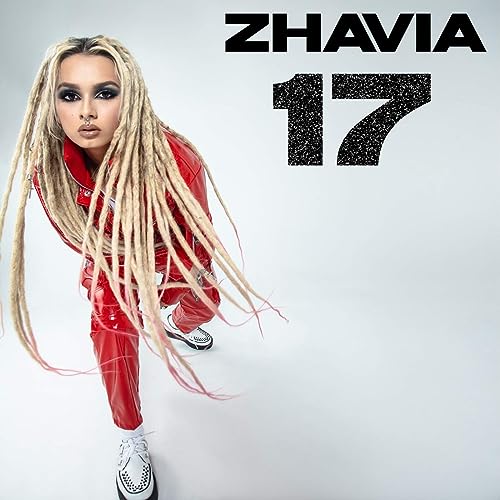 A former contestant on hit reality tv show The Four: Battle For Stardom, fresh off her Zayn duet of Whole New World for the new Aladdin film, Ward has dropped a single that hella fiesty and is probably a bit too cool for me. Check it out!